Fearing that black literacy would prove a threat to the slave system, whites in many colonies instituted laws forbidding slaves to learn to read or write and making it a crime for others to teach them. 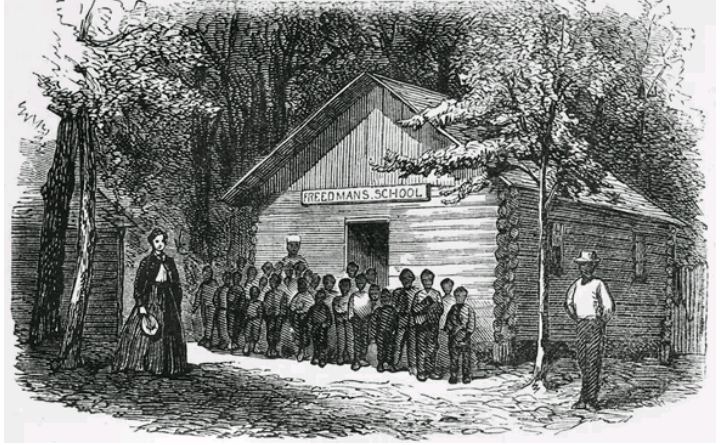 In the United States, Anti-literacy laws were a natural extension of the slave code system, preventing the enslaved black population from learning how to read in any form.

This law was important for obvious reasons:

– Making it illegal for black people to learn to read and write reinforced the notion that Africans were inferior to whites.

– In the antebellum South, literacy was a sign of intellectual development and many white southerners were illiterate, so it was imperative to prevent the blacks from learning to read in order to maintain the myth of white supremacy.

– Learning to read gave the enslaved access to important information. And plantation owners were afraid of the barrage of abolitionist literature flooding the South with News of recent slave insurrections and arguments against slavery as an institution.

Anti-literacy laws were in force in many slave states before and during the American Civil War, affecting slaves, freedmen, and in some cases all people of color.

Some laws arose from concerns that literate slaves could forge the documents required to escape to a free state. According to William M. Banks, “Many slaves who learned to write did indeed achieve freedom by this method. The wanted posters for runaways often mentioned whether the escapee could write.”

Anti-literacy laws also arose from fears of slave insurrection, particularly around the time of abolitionist David Walker ‘s 1829 publication of ‘Appeal to the Colored Citizens of the World‘, which openly advocated rebellion, and Nat Turner’s slave rebellion of 1831.

Between 1740 and 1834 Alabama, Georgia, Louisiana, Mississippi, North and South Carolina, and Virginia all passed anti-literacy laws.

South Carolina prohibited teaching slaves to read and write, punishable by a fine of 100 pounds and six months in prison, via an amendment to its 1739/40 Negro Act.

Here’s an excerpt from South Carolina Act of 1740

The Alabama Slave Code of 1833 included the following law “[S31] Any person who shall attempt to teach any free person of color, or slave, to spell, read or write, shall upon conviction thereof by indictment, be fined in a sum of not less than two hundred fifty dollars, nor more than five hundred dollars.”

A 19th-century Virginia law specified: “That all meetings or assemblages of slaves, or free negroes or mulattoes mixing and associating with such slaves at any meeting-house or houses, &c., in the night; or at any schools or schools for teaching them reading or writing, either in the day or night, under whatsoever pretext, shall be deemed and considered an unlawful assembly ; and any justice of a county, &c., wherein such assemblage shall be, either from his own knowledge or the information of others, of such unlawful assemblage, &c., may issue his warrant, directed to any sworn officer or officers, authorizing him or them to enter the house or houses where such unlawful assemblages, &c., may be, for the purpose of apprehending or dispersing such slaves, and to inflict corporal punishment on the offender or offenders, at the discretion of any justice of the peace, not exceeding twenty lashes.

In North Carolina, black people who disobeyed the law were sentenced to whipping while whites received a fine and/or jail time.

Despite attempts by plantation owners to prevent black people from learning how to read and write, multiple strategies emerged within the black community to counter their efforts.

Slave narratives from many sources tell of how many enslaved people became educated. Some learned to read from other literate slaves, while at other times a master or mistress was willing to teach a slave in defiance of the laws.

Former slave and abolitionist leader Frederick Douglass was taught the alphabet in secret at age twelve by his master’s wife, Sophia Auld. As he grew older Douglass took charge of his own education, obtaining and reading newspapers and books in secret. 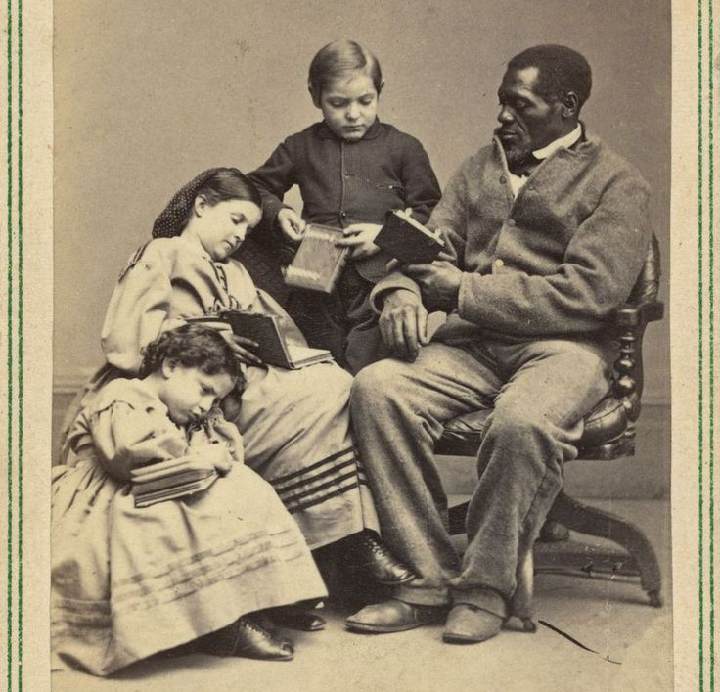 Slaves who worked as house servants also took advantage of their proximity to the plantation owner’s family by participating secretly or indirectly in the reading and writing lessons given to the master’s children by private tutors. In addition, because house servants often acted as surrogate parents to the master’s children, the children sometime. secretly taught them to read and write.

In some cases, slaveholders looked the other way when their children taught their slave playmates how to read and write. Some slaveholders saw the economic benefit in having literate slaves who could undertake business transactions and keep accounts. Others believed that slaves should be sufficiently literate to read the Bible.

Educators in the South also found ways to both circumvent and challenge the law. John Berry Meachum, for example, moved his school (The Candle Tallow School) out of St. Louis, Missouri when the state passed an anti-literacy law in 1847, and re-established it as the Floating Freedom School on a steamship on the Mississippi River, which was beyond the reach of Missouri state law. 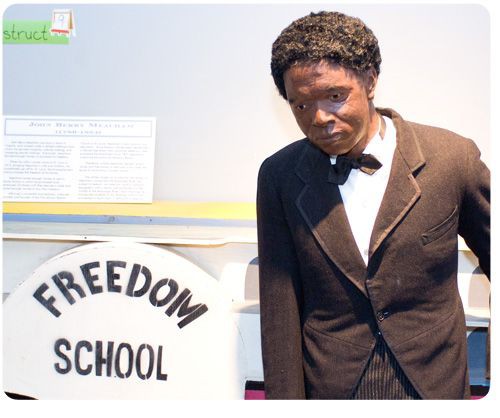 In the North, where chattel slavery had been abolished in the first quarter of the nineteenth century, free African Americans created institutions to eliminate illiteracy in the black community. One of the most popular strategies was the formation of literary societies such as the Theban Literary Society of Pittsburgh, and the African American Female Intelligence Society of Boston.

Toward the end of the antebellum period literary societies served as forums for debating, strategizing, and developing propaganda that advocated the abolishment of southern slavery. This historical process produced great African American authors and works such as Phillis Wheatley ‘s Poems on Various Subjects, Religious and Moral (1773), David Walker ‘s radical antislavery document Walker’s Appeal (1829), and Frederick Douglass’s Narrative of the Life of Frederick Douglass (1845).

In 1854, National attention was drawn to the anti-literacy laws after a white woman ‘Margaret Crittendon Douglas‘ was arrested, tried, and served a month in prison for educating free black children in Norfolk, Virginia.

In June 1865 (11 years after the Margaret Crittendon Douglas incident), the members of the free black community of Norfolk, Virginia petitioned the federal government to abolish the restrictive literacy and assembly laws that were still in place in their community. The law was abolished in 1867.

Till date the United States is the only country known to have had anti-literacy laws.