Ayuba Suleiman: on His Way to Sell His Slaves, This African Royal Was Abducted and Sold Into Slavery in 1730

Ayuba Suleiman Diallo, also known as Job Ben Solomon, was a prominent Fulani Muslim prince from Guinea, West Africa who was kidnapped on his way to sell two slaves by the Mandinkas and shipped to the Americas during the Atlantic slave trade. 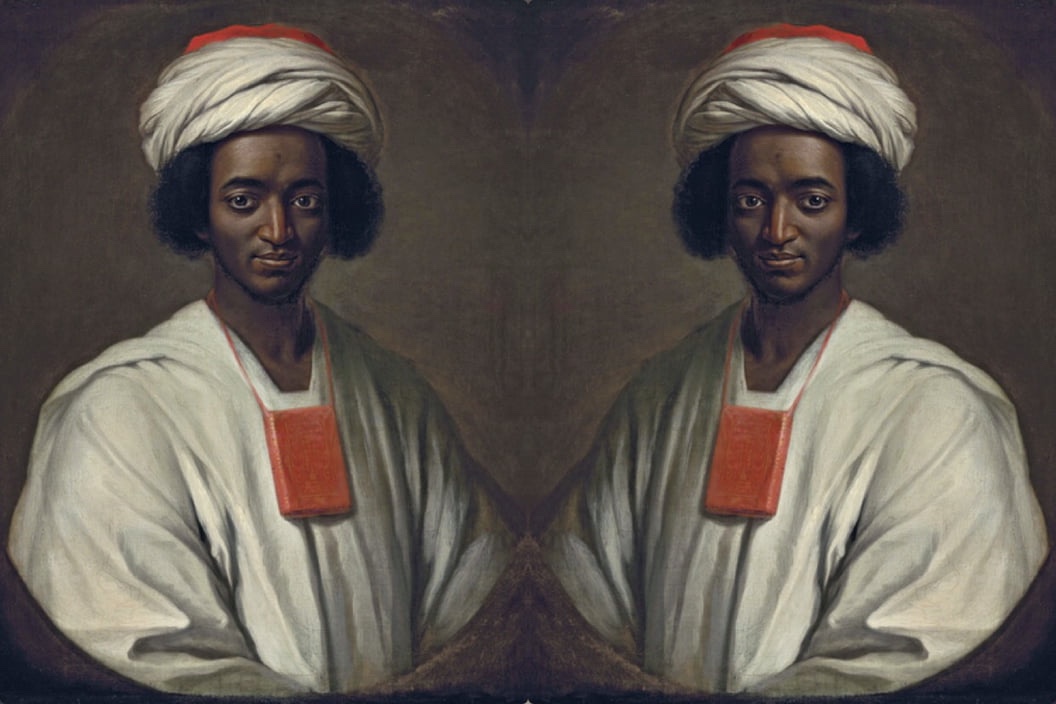 Ayuba Suleiman Diallo was born in Bundu, in West Africa, at around the turn of the century in 1700, His family were well-known religious leaders of the Muslim Fulbe people. As a child, Diallo was acquainted with Sambo, the prince of Futa, and the two studied the Quran and Arabic. By the age of 31 he was settled with two wives and four young children: Abdullah, Ibrahim, Sambo and Fatimah. It was at this point that his life took a turn for the worse.

In 1730, Ayuba travelled to the Gambia on the Atlantic coast, where the Portuguese and British had established commercial ports intending to purchase supplies, such as paper, and also sell two slaves to a factor working for the Royal African Company. While on the trip, he and his local translator were captured by Mandingo slavers. 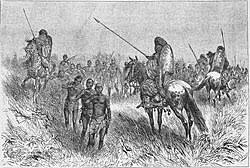 To avoid scrutiny, the invaders shaved their heads to make them appear as war captives, and thereby supposedly legitimately enslavable.

The two men were sold to factors of the Royal African Company and were loaded into a ship and sent across the Atlantic to Annapolis, Maryland.

Upon arriving America, his name was changed from Ayuba Suleiman Diallo to the biblical translation of his name, Job Ben Solomon and was sold to one Mr Tolsey of Kent Island, Maryland.

Ayuba was initially put to work in the tobacco fields; however, after being found unsuitable for such work, he was placed in charge of cattles.

While in captivity, Ayuba frequently went into the bushes/woods to pray. However, after being humiliated by a child while praying, Ayuba ran away in 1731, but was captured and imprisoned at the Kent County Courthouse.

It was at the courthouse that he was discovered by a lawyer and Anglican priest, Thomas Bluett of the Society for the Propagation of the Gospel, travelling through on business.

The lawyer was impressed by Ayuba’s ability to write in Arabic. In the narrative, Bluett writes the following:

Upon our Talking and making Signs to him, he wrote a Line or two before us, and when he read it, pronounced the Words Allah and Mahommed; by which, and his refusing a Glass of Wine we offered him, we perceived he was a Mahometan, but could not imagine of what Country he was, or how he got thither; for by his affable Carriage, and the easy Composure of his Countenance, we could perceive he was no common Slave.

Ayuba remained in custody until another captive African who spoke Wolof, a language of a neighbouring African ethnic group was located. Able to communicate his needs, he notified them that he was a person of noble birth, he also explained that he needed a private space to pray. Encouraged by the circumstances, Mr Tolsey set aside an area for undisturbed prayer upon Ayuba’s return, he also allowed Ayuba to write a letter in Arabic to his father back in West Africa.

Unfortunately for him, the letter he wrote to his dad was intercepted at the office of James Oglethorpe, Director of the Royal African Company. According to his own account, Oglethorpe was moved with sentiment upon hearing the suffering Ayuba had endured so he purchased him for £45 and sent him to the office of the Royal African Company in London in the company of Rev. Thomas Bluett with no clear instruction with the London office of the RAC concerning what to do with Ayuba upon his arrival in late April 1733.

During the journey Ayuba learned to communicate in English from Bluett, so that by the time he got to London he could start telling his story to those who were interested. During his stay in London, Ayuba made good use of his time. Acquiring the ability to translate Arabic to English, he helped one Sir Hans Sloane, a British physician, collector and founder of the British Museum, by organizing the collection of Arabic manuscripts at the British museum.

While in England, Ayuba was in the company of many other prominent people, including the royal family and John Montagu, 2nd Duke of Montagu and his wife, Mary, Duchess of Montagu, which lead him to being inducted into the Spalding Gentlemen’s Society.

While in England, Ayuba continued his habit of praying regularly and observing his Islamic beliefs. His acquaintances made several efforts to convert him to Christianity, but to no avail. Ayuba was so knowledgeable in the ways of islam that he was said to have hand copied the Quran three times from memory.

Ayuba continued working for Sir Hans Sloane until July 1734, when he freely returned to his homeland in Africa. On arrival he found that his father had died, and one of his wives, presuming that Ayuba had perished, had remarried.

After settling down, Ayuba began pressing his acquaintances in London to help secure the release of the interpreter who had been kidnapped along with him several years earlier. His persistency finally yielded results when Rev Bluett found the translator and then bought his freedom with money provided by the British royal family. Loumein was freed in 1737, taken from America to London and from there to Gambia, where he arrived in February 1738.

Ayuba Sulayman Diallo lived for another 40 years after his return to Africa, dying peacefully in 1773 at the age of 72 and was buried in the land of his ancestors.

Ayuba’s death was recorded in the minutes of the Spalding Gentlemen’s Society in 1773.

Ayuba Suleiman’s memoirs were published as one of the earliest slave narratives, in Thomas Bluett’s Some Memories of the Life of Job, the Son of the Solomon High Priest of Boonda in Africa; Who was enslaved about two Years in Maryland; and afterwards being brought to England, was set free, and sent to his native Land in the Year 1734. However, this version is not a first-person account. A first-hand account of Ayuba’s capture by Mandinkas and eventual return home can be found in Francis Moore’s Travels into the Inland Parts of Africa.