Buhari Re-elected As President Of Nigeria, Beats Atiku By Over 3.9 Million Votes

Nigeria’s electoral commission results from across all states in the country indicate that incumbent Muhammadu Buhari won a second and final term in charge of Africa’s most populous nation. 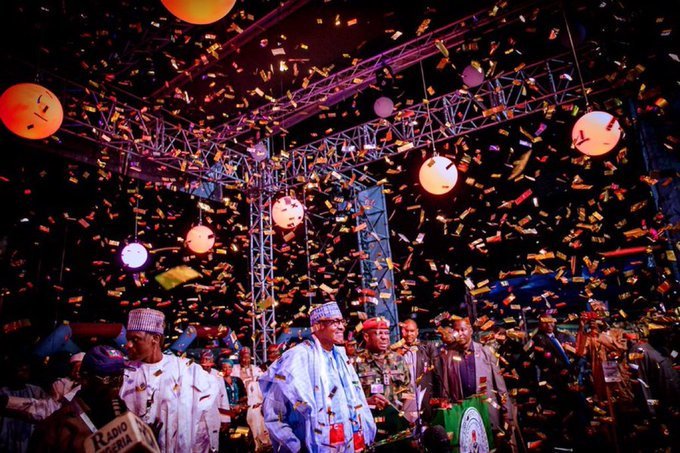 Muhammadu Buhari has been re-elected president of Nigeria, results released by the elections body late into Tuesday showed.

After final verified results by the Independent Electoral Commission, INEC’s returning officers from across the country, Buhari polled over 15 million votes as against contender Atiku’s 11 million plus.

The difference in real figures was close to 4 million votes. The results were a close contest in the area of number of states won by the candidates. Nigeria has 36 states including the Federal Capital Territory, FCT.

According to electoral laws, the candidate with the most votes is declared winner as long as they have at least one-quarter of the vote in two-thirds of Nigeria’s 36 states and the capital.

A run-off would have been necessitated but records also indicated that Buhari had surmounted the said threshold. He will be sworn in as president for a final term lasting from 2019 through to 2023.

Buhari won in 19 states including:

The February 23 polls were originally scheduled for the 16th bust was postponed due to delays in deployment of materials.

Nearly 73 million eligible voters were expected to cast their ballots from a pool of more than 70 presidential candidates.

It was widely expected to be a tight presidential race between President Muhammadu Buhari and ex vice president Atiku Abubakar.