Denmark Vesey Was Hanged On This Day in 1822 For Planning The Most Extensive Slave Revolt in U.S. History

Denmark Vesey was a self-educated Black man who was hanged alongside his co-conspirators for planning what is today regarded as the most extensive slave rebellion in U.S. history. 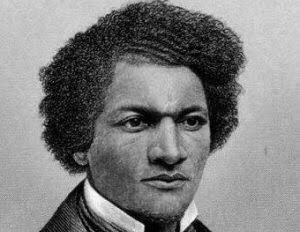 Born into slavery in the Caribbean Island of St Thomas in 1767, Denmark was sold to a Bermuda slaver captain named Joseph Vesey in 1781, as was the normal practice back then he assumed his owner’s surname “Vesey”. During his initial years he worked in the sugar plantations of Haiti and later became the personal servant of Captain Vesey.

He accompanied the captain on numerous voyages and as a result, he was known to be fluent in French and Spanish as well as English. In 1783 the two settled in Charleston.

In 1800 around the age of 32, Denmark was allowed to purchase his freedom with $600 out of the $1500 he had won in a street lottery and then he used the remainder to start up a small carpentry business. Vesey worked to gain freedom for his family; he tried to buy his wife and their children, but her master would not sell her; under the principle of partus sequitur ventrem, this meant their future children would also be born into slavery.

In 1818, after becoming a free man of color, he along with other black slaves founded the AME Church which became known as the Emanuel African Methodist Episcopal Church after the Civil War.

The AME Church in Charleston was supported by leading white clergy. Not long after the church was founded, white authorities briefly ordered the church closed, for violating slave code rules that prohibited black congregations from holding worship services after sunset. City officials always worried about slaves in groups; they closed the church again for a second time in 1821, as the City Council warned that its classes were becoming a “school for slaves” – under the slave code, slaves were prohibited from being taught to read or write..

Denmark was already familiar with the great Haitian slave revolt of the 1790s, and, while working as a carpenter, he read antislavery literature.

The successful slave uprising of 1791, which resulted in St Domingue becoming an independent nation of Haiti in 1804 became Denmark Vesey’s inspiration to free the slaves in Charleston.

Determined to help relieve the far more oppressive conditions of slaves in his city, Denmark travelled places, preaching to the people, urging the people to break free from slavery and gathered followers in the process. Apparently he is said to have planned the uprising for around four years with the help of five other slaves. Together, they managed to secure the support of both slaves and free blacks who agreed to support the cause and be a part of the conspiracy.

The uprising was planned to be executed at midnight on “Bastille Day” July 14, 1822 with black slaves numbering around 9,000. The plan reportedly called for the conspirators to attack guardhouses and arsenals, seize their arms, kill all whites, burn and destroy the city, free the enslaved people and set sail to Haiti.

However, in June 1822 just before the uprising, the plan was leaked by two slaves to their masters and they immediately alerted the authorities. Not long after, the city of Charleston began teeming with the militia and hundreds of people including the plot’s leaders were arrested.

In the trials that followed, Vesey and five slaves were among the first group of men to be rapidly judged guilty of conspiring to launch a slave rebellion. They were executed by hanging on July 2, 1822. Vesey was about 55 years old. In later proceedings, some 30 additional followers were executed. His son Sandy was also judged guilty of conspiracy and deported from the United States, along with about 30 others. In addition, four white men were fined and imprisoned for encouraging the plot.

As an aftermath, the church Denmark helped found was razed to the ground and it’s minister expelled from the city. Life generally became more difficult for the slaves. The state passed new restrictions on movements of black slaves and prevented the entry of free blacks in the city.

The legislature also passed the Seaman’s Act of 1822, requiring free black sailors on ships that docked in Charleston to be imprisoned in the city jail for the period that their ships were in port. This was to prevent them from interacting with and influencing slaves in the city.