Have you ever wondered why Even after buying her sharwarna, iPhone 7, showering her with compliments and always listening to everything she says, she still end up not dating you, but instead dates a bad guy? Well, if scientists are right, you were simply too nice. 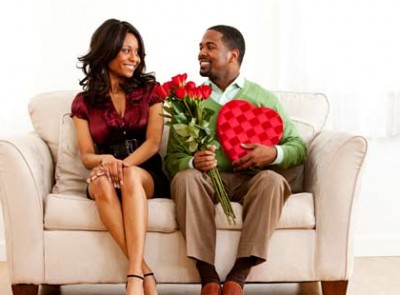 ​
Research into first dates suggests that while men like a woman who hangs onto their every word, women are less impressed by nice men.
In fact, they may find a caring, sharing male as a bit of a wimp -oté- or even slightly annoying.

The researchers said: ‘Women may be suspicious of a responsive stranger’s intentions, attributing his responsiveness to possible ulterior motives.’

Psychologists from Israel and the U.S. ran three experiments in which two strangers chatted either face-to-face or online.

One member of the pair was instructed to unburden themselves of a problem that was troubling them, from money worries to a failed exam or an argument with friend, while the second listened and responded.

The men liked being paired with a woman who was caring and sympathetic.

Such a female was rated as being more feminine and more attractive.
Plus, a woman who was a good listener was seen as potential for a long-term relationships.

However, the women did not find a caring man more appealing or any more masculine. If anything, they found him slightly less attractive.

According to Dr Birnbaum this is because ‘Women may perceive this man as inappropriately nice and manipulative – i.e. trying to obtain sexual favours, or eager to please, perhaps even as desperate, and therefore less sexually appealing.

​
‘Alternatively women also perceive a caring man as vulnerable and less dominant.
Though the study also showed that some women may perceive a responsive stranger as warm and caring and therefore as a desirable long-term partner.

But majority of the women involved in the study found them -nice guys- to be less of attractive, nbsp;vulnerable and less dominant.

So now yall know, perhaps you should slow down if your goal is to win her body, spirit and soul.