Kenya: Nairobi Ranked 6th Most Dynamic City in the World

A new study by the World Economic Forum has ranked Nairobi among cities with fastest urban growth in the world.

The study, compiled by World Economic Forum (WEF), ranked Nairobi as sixth most dynamic city in the world ahead of other economic giants like; Guangzhou, Beijing, Manila and Kolkata.

Out of the top 20 cities, Nairobi was the only African city represented and the study attributed this to a strong influence from the Asian community. 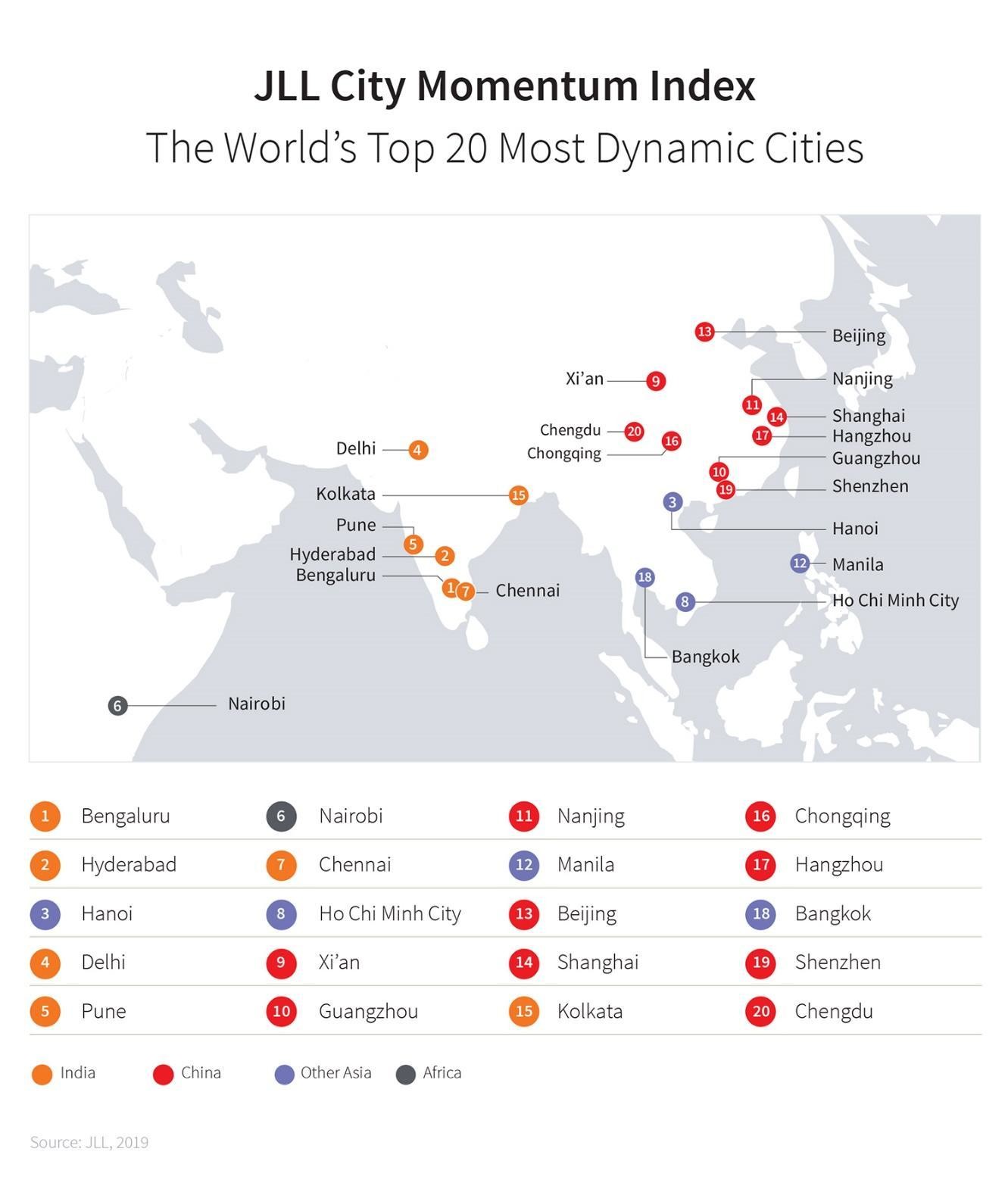 The report also linked Nairobi’s position to what it termed as significant amounts of investment from China, particularly focused on infrastructure projects.

The development, WEF said was aimed at mitigating emerging challenges that come with swelling population for instance congestion, traffic jam and overcrowding.

“Nairobi is projected to have one of the fastest-growing populations in the world over the next five years. The authorities there are turning to smart technologies to help cope with overcrowding, traffic congestion and inefficiency in transportation around the city,” the study read.

Bengaluru, which is Karnataka’s (Indian State) capital city, topped the list while Hyderabad city in the capital of southern India’s Telangana state was ranked second.

Hanoi, the capital of Vietnam was third. The city is known for its centuries-old architecture and a rich culture with Southeast Asian, Chinese and French influences.

It was followed by the city of Pune, another Indian city.

The City Momentum Index ranked 131 major established and emerging business hubs across the globe to identify the urban economies and real-estate markets that are currently undergoing the most rapid expansion.

This year’s rankings find the fastest urban growth continuing to shift away from the West to the East.

Asia Pacific is home to 19 of the top 20 cities in this year’s index, and overall, Indian and Chinese cities dominate the rankings, accounting for three-quarters of the top 20.