Mali’s president has announced his resignation and the dissolution of the national assembly on state television, shortly after he and the prime minister were arrested by mutinous soldiers. 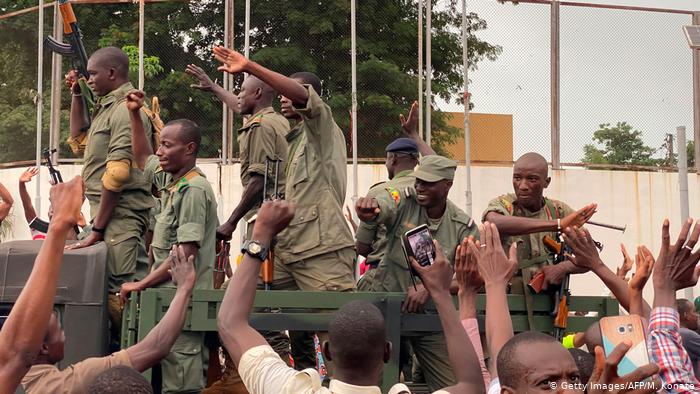 The president, Ibrahim Boubacar Keïta, and the prime minister, Boubou Cissé, were seized on Tuesday evening after a day of confusion in a country already grappling with a jihadist insurgency and mass protests.

Speaking on national broadcaster ORTM just before midnight, a distressed Keita, wearing a mask amid the coronavirus pandemic, said his resignation three years before his final term was effective immediately. “I wish no blood to be shed to keep me in power,” Keita said. “I have decided to step down from office.”

His departure was met with jubilation by anti-government demonstrators in Bamako, the capital of the unstable west African country. “All the Malian people are tired we have had enough,” one demonstrator said.

The unrest began in the garrison town of Kati, about nine miles outside Bamako, where gunfire broke out as soldiers detained senior officers.

Keïta came to power in 2013 and won a second term as president in 2018. But there has been rising anger at government incompetence, endemic corruption and a deteriorating economy. Protesters took to the streets last month when the constitutional court overturned the provisional results of parliamentary elections held in March and April after Keïta’s party had performed poorly.