Missy Elliott is set become the first female hip hop musician inducted into the Songwriters Hall of Fame for her extensive catalog of hits. 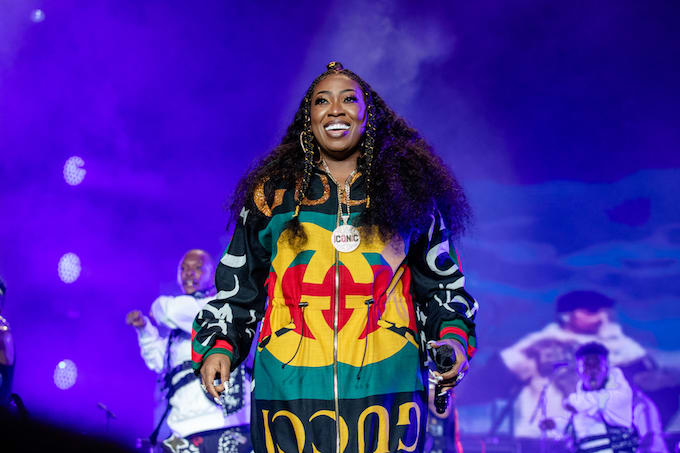 Missy Elliott, the five-time Grammy Award-winning rapper, songwriter and producer, will on June 13 make history as the first female hip-hop artist to be inducted into the Songwriters Hall of Fame.

Elliott has been a dominating force in hip-hop for three decades, delivering classics such as “Get Ur Freak On,” “Work It” and “Lose Control.” Behind the scenes, she has contributed her songwriting skills to a number of iconic musicians, including Whitney Houston, Beyoncé, Mary J. Blige and Janet Jackson, among many others. Elliott is the third rapper to be inducted, joining Jermaine Dupri and Jay-Z.

She was described by The Songwriters Hall of Fame described as “one of the most significant female artists in contemporary music history” and an “across-the-board cultural icon.” The Portsmouth, Virginia-native released her acclaimed debut solo album, Supa Dupa Fly, in 1997 — paving the way for a string of hit singles “The Rain (Supa Dupa Fly), “Sock It 2 Me,” “Hit Em Wit Da Hee” and “Beep Me 911.” In 1999, Elliott released her sophomore album, Da Real World , home to her first No. 1 U.S. R&B hit “Hot Boyz (Remix),” according to the Songwriters Hall of Fame.

I want to CONGRATULATE all the AMAZING songwriters who have been inducted into the 2019 Song Writers Hall of Fame…also those who were nominated because their body of work is AMAZING. I AM SO HUMBLY GRATEFUL to now be inducted also. I [heart] you all #SHOF2019.”

Missy joins Jay Z who was the first male rapper to be inducted to the Hall of Fame in 2017.

The induction event is scheduled for June 13 at the Marriott Marquis Hotel in New York City. Elliott will be inducted along with songwriters Dallas Austin, Tom T. Hall, John Prine, Jack Tempchin and Yusuf/Cat Stevens, into the 2019 class.

Founded in 1969, the SHOF helps celebrate music’s biggest pioneers, while also grooming the next generation of singers and songwriters. A songwriter with an outstanding catalog of songs is considered for induction 20 years after the first commercial release of a song.