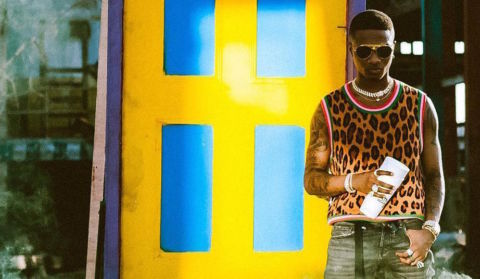 Tagged “20 Hottest Naija Tracks of 2018″ this year’s hottest Nigerian songs was decided by a panel consisting of the Nigerian music industry heavyweights which includes, MTV Base VJ Ehiz Okoeguale, DJ Obi, Daniel, Folu Storms and a host of other music critics.
Below are the Top 20 Hottest Nigerian Songs Of 2018 – MtvBase

Undoubtedly the best Nigerian song of 2018.
Performed alongside members of his Starboy imprint,
Soco is that one song that always sets the dance-floors on fire.

People call him Fela reincarnate. They are not wrong. According to MtvBase, ‘Ye’ is the second best Nigerian sing of 2018.

‘Amaka’ by 2Baba and Peruzzi was Ranked the 3rd hottest Nigerian song of 2018. The song Amaka brought out a slang of it’s own. In the streets of Nigeria Amaka now means disappointment’ to the dismay of ladies named Amaka.

The song Assurance was inspired by Davido’s girlfriend, Chioma. According to MTV Base, it is the fourth hottest Nigerian song of 2018.

The fifth most popular Nigerian song of 2018. The song is about a girl who keeps troubling Wande coal asking him for his sugarcane.

Previous articleStudy: People in Africa Now Live Longer. But Their Health is Poor in those Extra Years
Next articleUganda is Adding compulsory Chinese Lessons To Its High School Curriculum