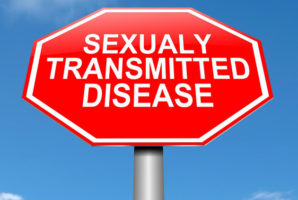 The new sexually transmitted disease
“Mycoplasma Genitalium” was a little unknown until recently when British Scientists uncovered its pinks to some sexual conditions.

Mycoplasma genitalium is one of the most common micro-organisms associated with genital tract infections.
The infection has several clinical features consistent with sexual transmission, including higher detection among sexually active individuals compared to sexually naive adolescents, detection in partners of infected individuals, and predominance in younger individuals with multiple sexual partners and men who have sex with men (particularly those infected with HIV).

Read Also: 7 Of The Most Commonly Transmitted STD’s in Africa

Several studies that had identified Mycoplasma as a STI have showed statistically significant increased rates of infection among sexually active women, with rate/risk of infection increasing with 2 or more sexual partners.

1. It can significantly affect the ability of the infected individual to have children.

2. It complicate and increase the severity of the symptoms of HIV and other viral infections.

3. The can lead to the development of ovarian cancers, lymphomas and prostate cancer.

4. The infection can lead to pre-term birth and spontaneous abortion.

The most effective means of preventing sexually transmitted disease is abstinence from sex or faithfulness to a faithful sexual partner. Unprotected sex increase the risk of contracting venereal diseases (vd).