The Nigerian Army is calling for the closure of the Amnesty International offices in Nigeria, after claiming that there is credible evidence the organisation is working hard to destabilise the country. 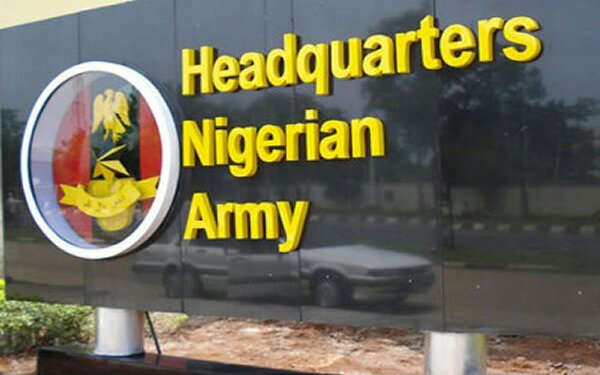 In a report on Monday, the Amnesty International group said at least 3,641 people had died in clashes between farmers and herders in Nigeria since 2016.

After which The army came out and accused Amnesty International of trying to destabilise the country with “fictitious” claims.

A spokesperson for Amnesty told the BBC that the group “would not be discouraged” by the military’s remarks.

The exchange of words comes days after Nigeria’s military briefly suspended the activities of the UN children’s agency Unicef in the north-east of the country.

Aside from those killed, thousands of people have been displaced since 2016 as a result of the long-running conflict between cattle herders and farmers in central Nigeria, according to Amnesty.

The NGO said more than half of these deaths had occurred in 2018 alone.

“These attacks were well planned and co-ordinated, with the use of weapons like machine guns and AK-47 rifles,” said Osai Ojigho, Amnesty’s Nigeria director.

“Yet, little has been done by the authorities in terms of prevention, arrests and prosecutions, even when information about the suspected perpetrators was available,” she added.

“The Nigerian government has displayed what can only be described as gross incompetence and has failed in its duty to protect the lives of its population.”

On Facebook, army spokesperson General Sani Kukasheka Usman hit back at Amnesty, accusing it of spreading “fictitious allegations” to “destabilise and dismember Nigeria”.

General Usman also called for the closure of Amnesty operations in the Nigeria “if such recklessness continues”.

In response, Isa Sanui, a spokesperson for Amnesty in Nigeria, told the BBC: “They should do their job of protecting Nigerians rather than threatening human rights organisations.

“We will not be discouraged,” added Mr Sanui. “Where we see a violation we will not keep quiet.”

This is noted through fabrication of fictitious allegations of alleged human rights abuses against the Nigerian security forces and clandestine sponsorship of dissedent groups to protest, as well as unfounded allegations against the leadership of the Nigerian military. They have tried over the years using Boko Haram terrorists conflicts, Islamic Movement in Nigeria, some activists and now herders-farmers conflicts.

The NGO is at the verge of releasing yet another concorted report against the military, ostensibly against the Nigerian Army. Consequently, Nigerians should be wary of Amnesty International (Nigeria) because it’s goals are to destabilise Nigeia and to dismember it. The Nigerian Army has no option than to call for the closure of Amnesty International offices in Nigeria, if such recklessness continues.