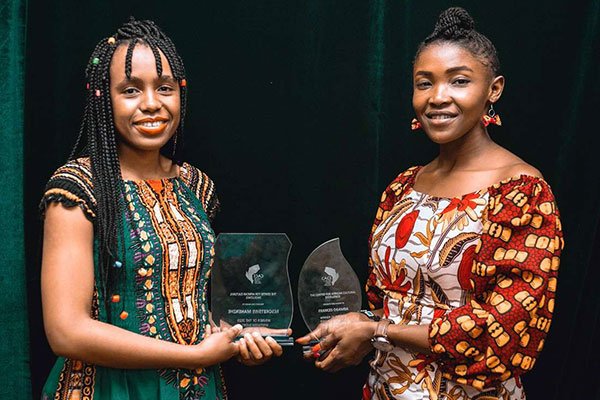 Manenzhe was recognised for her short story Maserumo and Ogamba was rewarded for The Valley of Memories, at the awards ceremony held on August 18 in Kampala.Both stories capture the power of African spiritualism, beliefs and reincarnation.

Frances Ogamba’s Valley of Memories begins with a very well crated line, “To live with another man’s wounds is to wake at midnights with a searing pain and listen to the man breathe and exist.

”I am going to my uncle (Okwueke), the man who has been dead for seventy years and has inhabited my body for twenty-three odd years. I am visiting his one-time home through the Milken hill road that sits firmly on a ledge. The road is a coiled wire uncurling on discovery. The tars on it have cracked in some parts and lay bare a dusty terrain. A slope and a cliff flank the track on both sides, and tall slender trees of a certain breed stick out from the slope like praying hands. The verdure of the lush and virgin forest meld with the skies. The brae of the cliff is patterned in horizontal lines, like cornrows on a child’s hair. Bold writing done with the white chalk is waning from weather effects: Vote for Ugwuanyi. Man of the people. The forest injects a coolness that wiggles along the route, the calm as rich as I’d imagined it’d be.

Frances however, does a lot more than tell a story of her connection with a late uncle, Okwueke, she does the greater work of centering an African understanding of what happens before human life and after death.

Manenzhe and Frances Ogamba received a plaque and cash award of $500 each, as well as a chance to work on their manuscript in a one month residency at Stellenbosch University in South Africa.

“Winning this award means a lot to me. I have never won a prize. And this one is quite a big one, and amazing,” Manenzhe said.“

This award means a whole lot. It opens my story to a wide audience,” Ogamba said.

The 2019 Writivism Festival was held at the National Theatre in Kampala from August 15 to 18.

There were conversations, poetry recitals, stage plays, book readings and launches, and writing and photography masterclasses.

There was screening of short films and a photo exhibition by Marie Ainomugisha, Daniel Msrikale, Nebila Abdulmelik and Wasi Daniju.
The festival also paid tribute to the late Kenyan author Binyavanga Wainaina.

Previous articleThis Man Spent 30 Years On Death Row For A Crime He Didn’t Commit
Next articleThe World’s First Illustrated Christian Bible is in Ethiopia, and It Is 800 years Older than the King James Version