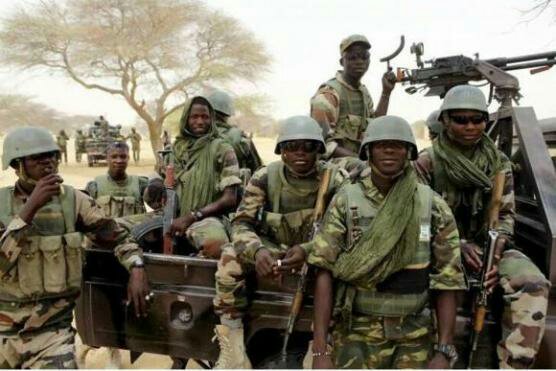 The crimes were perpetrated for years and have continued despite a presidential inquiry established last August whose findings have not been made public, said the watchdog.

In a statement, the Nigerian military described Amnesty’s findings as “a false report on fictitious rape incidents in IDP (internally displaced person) camps in the North East region of Nigeria.”

The 89-page report is based on hundreds of interviews and is replete with accounts of sexual violence, torched villages and other abuses.

“The soldiers, they betrayed us, they said that we should come out of from our villages,” said a woman whose name was given as Yakura in the report.

“They said it would be safer and that they would give us a secure place to stay. But when we came, they betrayed us. They detained our husbands and then they raped us women,” said Yakura, who fled Andara village, Borno state, in December 2016.

These brave women—who survived Boko Haram, but were detained in camps where rape and starvation were rife—took on the Nigerian government to demand justice. They won't rest until the world knows. Help share their story! pic.twitter.com/ABo6dZfqKh

Nigeria has waged a nine-year war against Boko Haram and its now more powerful offshoot, Islamic State West Africa. The country has fought alongside Cameroon, Chad and Niger and been supported by the United States, Great Britain and France.

The conflict has killed more than 30,000 people and spawned one of the world’s worst humanitarian crises.

For years, rights groups, aid organizations and journalists have documented military abuses, with little resulting action from the armed forces.

According to Amnesty’s report, interviewees “said that when the military conducted operations in their villages, they burnt down homes and opened fire at remaining residents indiscriminately.”

Often the military would “forcibly” take people to camps for people displaced by the conflict, the report said.

People the military detained without food and water would die, the watchdog said. Many of the women were held for six months to two years without charge, some were tortured and beaten, and some, along with 32 children, died, the report said.

One woman whose name Amnesty gave as Aiya detailed her experience after arriving at a displacement camp, where she was sent to the prison: “I was pregnant and I went into labor. I found the toilet and I had my baby next to it. No one helped me. At the beginning, I didn’t know if my baby was alive or dead.”

Hunger and sickness still kills people in displacement camps, where “sexual violence has been and continues to be perpetrated on a wide scale,” the report said, adding that many women are forced to have sex in exchange for food and supplies.