South African government begins to gradually loosen its strict coronavirus lockdown. The ease which started on Friday will allow limited movement of people and allow restricted openings of businesses including restaurants and textile factories. 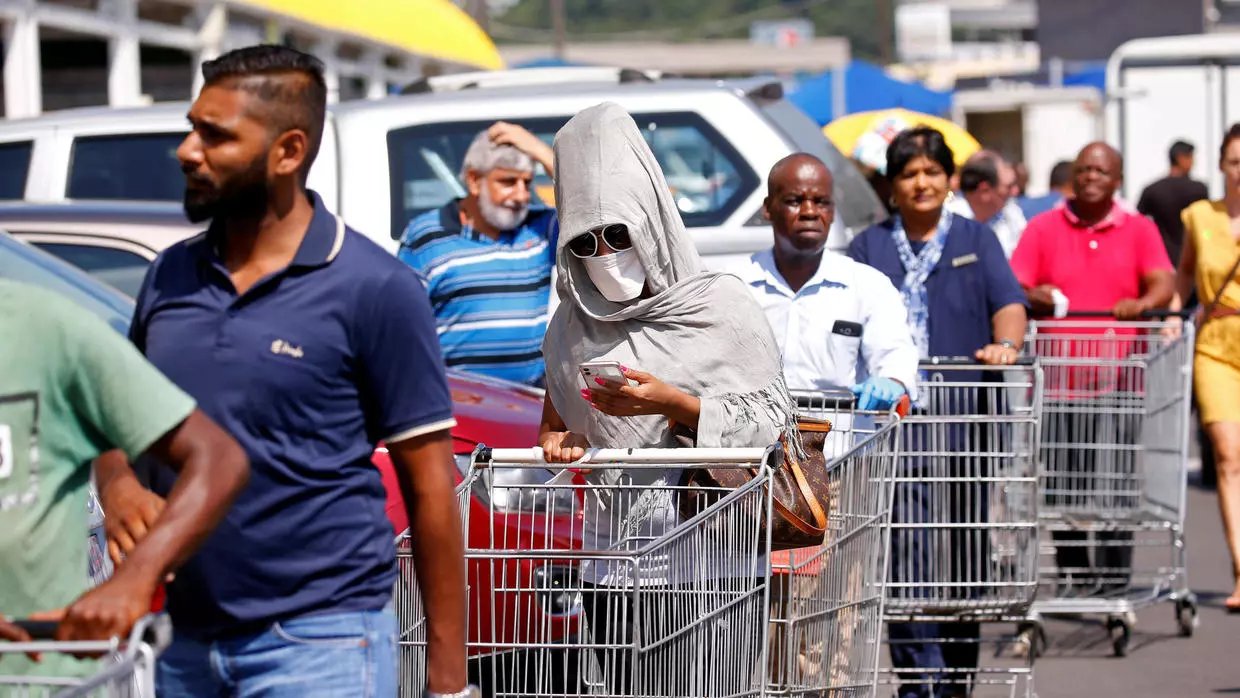 The economy of Africa’s most industrialised nation was already struggling when the lockdown kicked into gear on March 27 to contain the spread of infections in the country.

To combat the economic destruction, the government has adopted a gradual and phased approach to reopening the country from May 1.

Around 1 . 5 million workers in selected industries return to work in the next phase under strict health conditions, according to Trade and Industry Minister Ebrahim Patel.

Winter clothing, textile and packaging manufacturing are among the industries permitted to reopen factories.

Restaurants will also open, but only for takeaway deliveries .
Controversial bans on the sale of cigarettes and alcohol will remain in effect.

Some outside activities such as cycling , walking and running will be allowed — but for just three hours in the morning.

Social distancing and wearing masks in public and at workplaces will be mandatory.

President Cyril Ramaphosa took the decision to stagger the easing of the lockdown restrictions in a bid to strike a balance between protecting public health and the economy.

“Our people need to eat. They need to earn a living, ” Ramaphosa said.

“ Companies need to be able to produce and to trade , they need to generate revenue and keep their employees in employment . ”

The lockdown has had a devastating impact on the economy , but a top government adviser on the pandemic said it has slowed transmissions.

“The lockdown has had quite an effect , ” infectious disease epidemiologist Salim Abdool Karim told AFP.

“We have got quite clear evidence that we have flattened the curve and that the number of cases we are seeing — and the number of infections probably occurring — has declined quite substantially, ” he said.

South Africa’s number of confirmed infections has risen to 5 , 647 since March 5 when the first case was detected.