South Africa is Africa’s most innovative country according to the latest rankings by the World Intellectual Property Organization, WIPO. 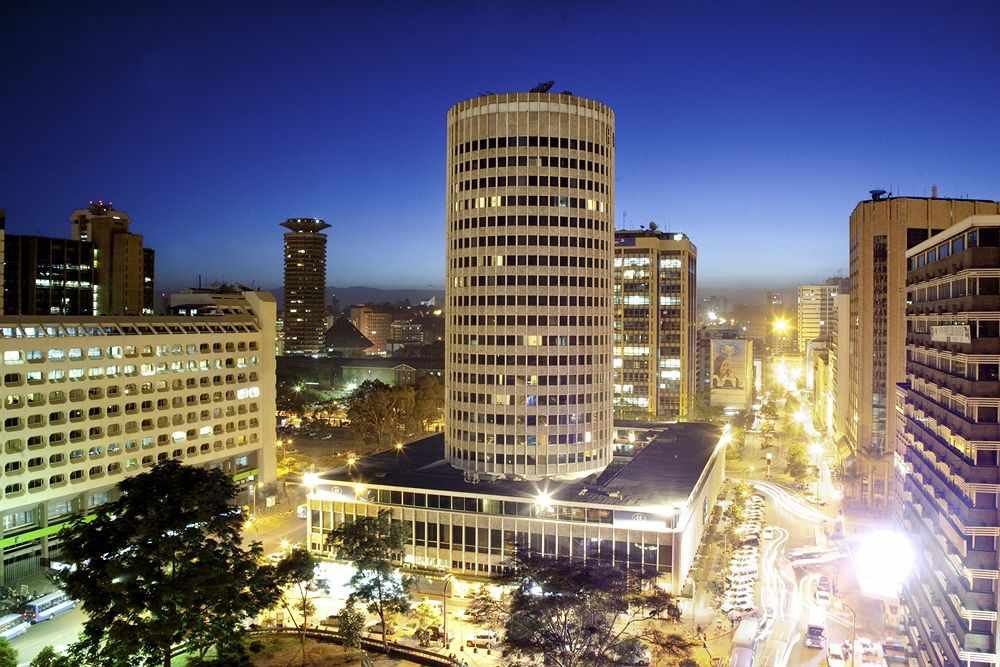 The World Intellectual Property Organization (WIPO) has released its 2019 Global Innovation Index which gauges levels of innovation in 126 economies across a host of criteria ranging from business sophistication to levels of education spending and creative output.

This year’s index has found that innovation is blossoming despite the global economic slowdown, particularly in Asia. Overall, Switzerland topped the 2019 ranking with a score of 67.24 out of 100, the ninth time it has been named the world leader in innovation.

According to this year’s ranking by the World Intellectual Property Organization, WIPO, South Africa is the most innovative country in not just Sub-Saharan Africa, but Africa as a whole. The rankings were released during the launch of the latest Global Innovation Index (GII) Wednesday in the Indian capital New Delhi.

Kenya, Mauritius, Botswana and Rwanda follow in that order.

The annual index, which has been published for the last 12 years by WIPO, and a number of partners, is designed to help policymakers better understand innovation activity, which WIPO describes as a “main driver of economic and social development”.

“The Index shows us that countries that prioritize innovation in their policies have seen significant increases in their rankings,” said WIPO Director General, Francis Gurry.

“The rise in the GII by economic powerhouses like China and India has transformed the geography of innovation, and this reflects deliberate policy action to promote innovation, “He added.

Unfortunately, being innovative is simply impossible for some economies for a variety of reasons, particularly due to political instability and conflict. This year, the lowest-ranked countries in the index were Niger (18.13), Burundi (17.65) and Yemen (14.49).

Findings also indicate concerns that public expenditure on research and development – a major element in basic and ‘blue-sky” research, which are crucial for future innovations – is stagnating, particularly in high-income countries.

The report also notes that, unless it is contained, increased economic protectionism will lead to a slowdown of growth in innovation productivity.

Below are the top 10 most innovative countries in the world 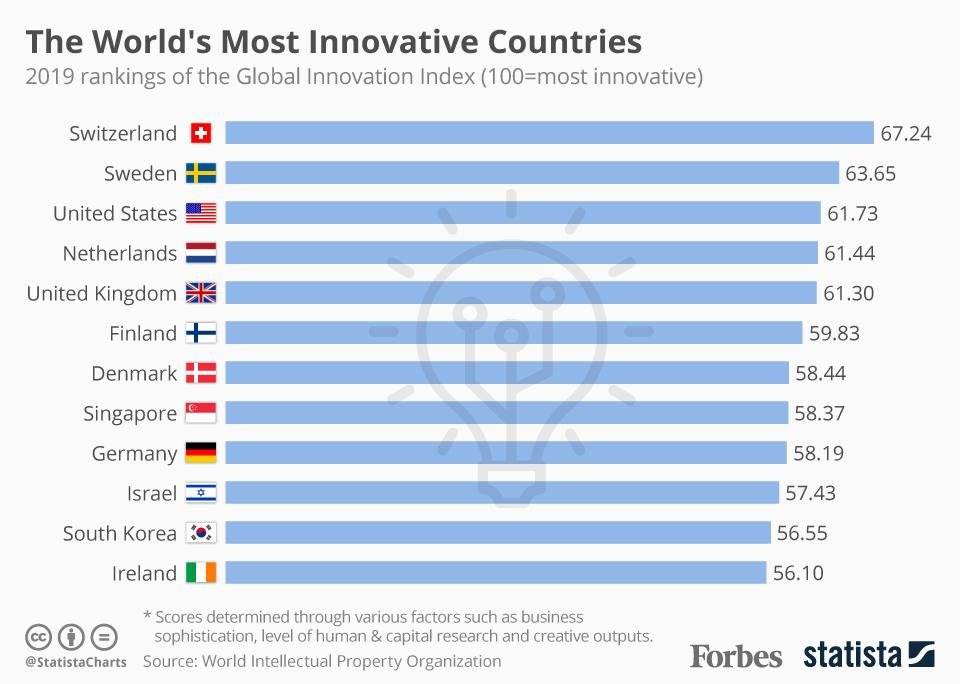 This year, the authors of the report have focused on the future of medical innovation, with a separate healthcare section, which looks at the ways in which Artificial Intelligence (AI), genomics, and mobile phone-based health applications, will transform the delivery of healthcare.