According to Alexa, – a website that provides web traffic data, global rankings, and other information on 30 million websites – Traffic ranking report, these are the 10 most visited local Web sites in South Africa according.

Note: This is a list of the most visited local websites in South Africa 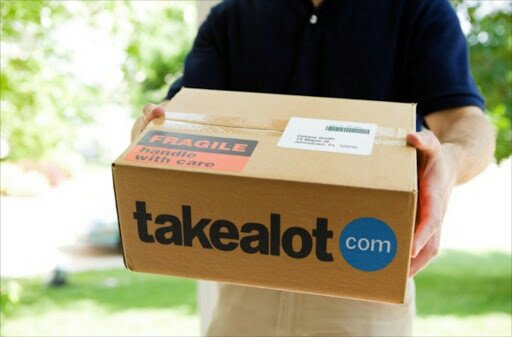 Fnb.co.za is a commercial banking website that provides banking services to over 7.2 million customers from South Africa alone, who account for approximately 98% of all the site’s visitors. In addition, the site is visited by a large number of people who range from college students to mature adults, with a strike of balance in both genders. According to the report, the website has been globally ranked at position 2,128 and locally ranked at 7th position.

Gumtree website has been ranked at position 8 in South Africa and position 2,160 globally. According to the report, 91.8% of those who visit the site are from South Africa, while 0.8% are from the US; 0.5% from Botswana, and 0.5% from Angola, the report also revealed that site visitors spend an average of 9:18 minutes on the Site.

Dstv is Africa’s satellite network and the fourth most visited site in South Africa.
According to Alexa report, about 76.7% of those who visit the website are from South Africa, while 7.9% are from Nigeria, 5.1% from Angola, 1.9% Botswana and 1.5% from Kenya. Globally, the website has been ranked at position 1,706 and 10th position in South Africa.

Facaza.com is a South African Entertainment Hub for downloading South African dongs and videos.
According to Alexa, it is the fifth most visited site in south Africa, the site is globally ranked at position 2,989 and locally placed at 12th, position. Visitors spend an average of 5:09 minutes on the site.

News24.com is among the most visited online news resources in South Africa and the rest of Africa as well. Actually, the site has, for long, been providing a 24 hours news coverage for both local and international happenings, which makes it a reliable news resource in Africa. With its headquarters in Cape Town, the site has managed to secure a global ranking of 3,292 and is locally placed at 13th position.

According to Alexa report, it is the 7th most visited local website in south Africa, about 94.4% of those who visit the website are actually from South Africa, while 1.0% are from the UK and 0.8 from the US. Globally, the website has been ranked at position 4,879 and 17th position in South Africa.

Absa.co.za is a site that’s owned by one of the largest private and commercial bank in South Africa, ABSA. This bank offers a wide range of banking services, like internet banking, which accounts for the bulk of the site’s visits. According to Alexa, the site is globally ranked at position 6,139 and locally placed at 22nd, position. Visitors spend an average of 6:46 minutes surfing the site.

The University of South Africa is the 10th most visited local website in South Africa.
According to Alexa report, about 83.9% of those who visit the website are from South Africa, while 2.1% are from Ethiopia and 2.1 from Angola , 1.3% from the US and 1.0% frim Nigeria. Globally, the website has been ranked at position 4936 and 28th position in South Africa. Visitors spend an average of 5:03 minutes Daily on the Site.