Girls’ education is proving to be an important factor in improving a developing nation’s quality of life. Educational equality is not only a lucrative asset to a nation’s economy, but also reduces rates of child malnutrition, and decreases the wage gap found between men and women in many developing countries. These facts about girls’ education will help to illustrate the global situation regarding women in the classroom.

Knowledge is a lifelong skill that brings empowerment, and education is a gift that keeps on giving. Improvements to girls’ education will provide a country with a more knowledgeable workforce, healthier families, less early-life pregnancies and lower wage gaps between men and women. 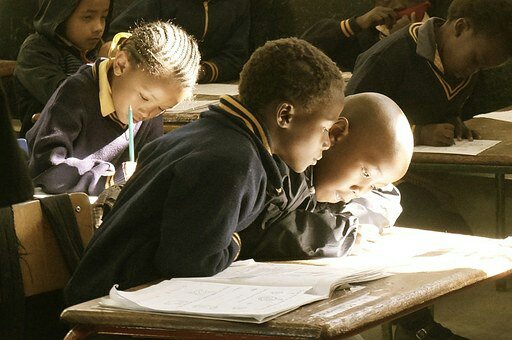 Here are 10 Facts About Girls’ Education in Developing Countries

1. Girls’ education affects a nation’s economy. According to the United Nations Girls’ Education Initiative (UNGEI), when girls receive an education, they increase their ability to gain access to higher-paying jobs. This benefits their family’s income, adds to a nation’s economy and increases a woman’s involvement in politics. Investing in girls’ education provides a boost to a developing country’s progress, and acts as a catalyst for gender equality on multiple levels.

3. In 2013, UNESCO reported that nearly 25 percent of all girls in developing countries had not completed primary school; in addition, women encompass two-thirds of the 774 million illiterate people in the world.

4. Education equality has been on the rise in many countries. Thanks to the Global Partnership for Education’s (GPE) efforts, the total number of girls enrolled in school worldwide increased by 38 million from 2002 to 2015.

5. Many factors play into the
educational inequalities in numerous developing countries. In India, for instance, for every 100 boys not enrolled in primary school there are 426 girls. Poverty is often the primary reason for this discrepancy. When families struggle to send multiple children to class, male children are often prioritized. Many girls in developing countries are oppressed by traditional gender roles that marginalize a female’s role in society.

6. Each completed year of secondary school increases a woman’s income by twenty-five percent.

7. Girl’s education can prevent
childhood pregnancies. For each year that a girl in a developing nation is in school, her first child is delayed by 10 months. Pregnancy in childhood can prevent a girl from receiving an education, and decreases the chances of her child suffering from malnutrition and disease.

9. Girls’ education reduces the gender gap found in the workplace of many developing countries. In fact, UNESCO found that Pakistani women with a primary education made 51 percent of what their male counterparts made. This number increased to 70 percent when a woman completed secondary education.

10. In Somalia, 95 percent of girls ages 7-16 have never been to school. This is the highest instance of
educational inequality found worldwide. This statistic affects girls later in life, where Somali women ages 17-22 receive four months of schooling on average for their entire life.

By providing women with the chance to better themselves academically, our global community is made all the richer. With the number of girls enrolling in school increasing every year, gender equality in developing countries worldwide is becoming a reality.
– Jason Crosby

Previous articleGhana Has The Most Religious Young People in Africa, Second in the World, Study
Next articleStudy: South Africa, Ethiopia Has the Highest Case of Gun Deaths In Africa