7 Ridiculous Laws From Around Africa 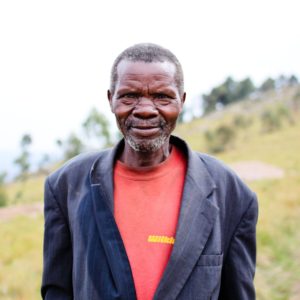 1. In Swaziland, it is against the law for women to wear miniskirts and midriff-revealing tops. Offenders face a six- month jail term under the ban which invokes a colonial criminal act dating back to 1889.

The ban however, does not does not apply to traditional costumes worn by young women during ceremonies like the annual Reed Dance.

2. In tanzania, twerking outdoors can get you into trouble with the law. Yes, it can. Apparently the sexually provocative dance was banned because supposedly it threatened original dances and also impacted negatively on the new generation.

3. In Tanzania, There is a ban on mini skirt, placed by the president himself, apparently he believes that ladies wearing mini skirts encourages the spread of HIV/Aids.

So before you take that trip to Tanzania be sure to leave all your mini skirts behind.

4. In the City of Nairobi, Kenya, It is against the law for someone to blow his/her nose improperly in public i.e with his/her hand. The law clearly states that ‘one should use a suitable cloth or tissue’ to clean their nose. There is also a ban on spitting in the streets.

5. It is illegal to take photographs in the country of Chad, unless a permit has been obtained beforehand.

6. In South Africa, it is against the law for anyone under the age of 16 to take part in a public display of affection.

7. In Umuoji community in Idemili North Local Government Area of Anambra State the killing of snakes especially python is not allowed. If one kills any by mistake, Normal rites to appease the spirits of the land might include giving the dead snake a proper burial as you would give to a human being.