African Countries With The Most Miss World Winners

South Africa, Egypt and Nigeria have the highest number of Miss World winners in Africa. They are also the only African countries that have won miss world. 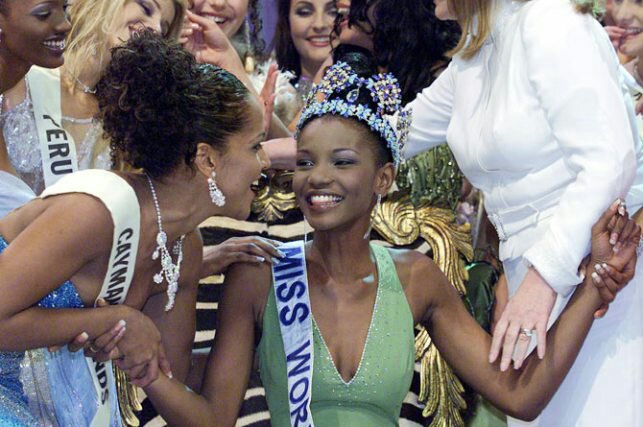 Eric Morley founded the Miss World competition in 1951, making it the oldest running beauty pageant in the world. Miss World, Miss Earth, Miss International, and Miss Universe are the four major international beauty pageants. Since the Miss World competitions began, 36 countries have won the title, some more than once. India and Venezuela have won the coveted title six times each, while in Africa, South Africa has the most wins followed by Nigeria and Egypt.

African Countries With The Most Miss World Winners

These are the African countries with the most miss world winners.

South Africa first won the Miss World title in 1958 (four years after Egypt won theirs) when Penelope Anne Coelen (born in 1940) won the crown. Ponelope was the second African woman to hold the title.
After her reign as Miss World 1958, she tried her luck out in Hollywood but failed her screen test. She later managed her own line of clothing and endorsed beauty products, particularly perfumes.

South Africa got their second title in 1974 through Anneline Kriel (born in 1955) at the Riyal Albert Hall, London, UK. She became Miss World 1974 after the UK’s Helen Morgan resigned only four days after her victory, becoming the second woman from her country to hold the title, she was 19.

South Africa won their third title in 2014 when Rolene Strauss (born in 1992) won the pageant at London , United Kingdom, In the same competition, Rolene became the first ever medical student to win the miss world competition. She is the third South African woman to be crowned Miss World, after Penelope Anne Coelen in 1958 and Anneline Kriel in 1974.

In 2001, Agbani Darego, MFR became the first Black person to win Miss World (Although past winners such as Penelope Coelen and Anneline Kriel are South African, they are of European descent, and Antigone Costanda, who represented Egypt in 1954 is of Greek heritage).
Darego’s victory was widely welcomed in Nigeria, and her one-year tenure included goodwill trips and scheduled appearances on behalf of the pageant, and a national honour of MFR.

Egypt first won the Miss World title in 1954 when Antigone Costanda (born in 1934) won the crown. The competition that took place in October 18, 1954 in London, England,