The loss of hair especially at the crown of the head or what the doctors call the vertex, has always been a great source of concern for men, in terms of beauty. But now according to this study you are about to read, Balding men have a rather more pressing issue to worry about as researchers now believe that there is a correlation between baldness and heart disease.

​
The finding came from a study published in the journal BMJ Open
For the study, 40,000 men were medically examined to see how exactly balding can be linked to coronary heart disease.

The Results showed that men who had lost the majority of their hair had a 32% increased risk of developing coronary artery disease, compared to their peers who maintained a full head of hair.

When the analysis was restricted to men under the age of 55-60, a comparable pattern was revealed. Bald or extensively balding males had a 44% increased probability to develop coronary artery disease. 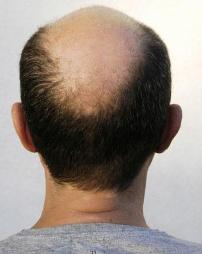 After further examination of the reports, which compared the heart health of men who were bald or balding with those who were not, the team found that balding men had a 70% higher risk of having a heart disease, while those in younger age groups had a 84% elevated chance of having heart disease than those who had their full hair.

However, according to the same study, the risk depends on baldness severity. Apparently, those who were more at risk at having a heart disease are those bald at the top of their head. A receding hairline however did not significantly impact the risk…