A statue of Indian leader, Mahatma Gandhi, has been removed from the campus of University of Ghana over racist claim. 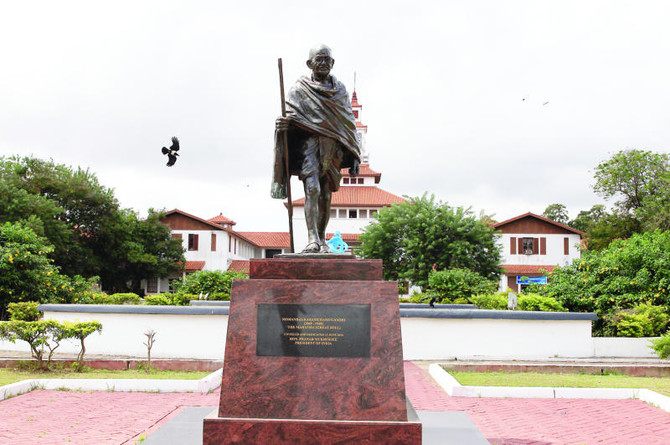 The monument which was erected in 2016, at the University of Ghana campus in Accra by Indian President Pranab Mukherjee as a symbol of close ties between the two countries was removed following a protest by students and faculty who argued that Gandhi considered Africans “inferior’.

A student at the university, described the decision as “a massive win for all Ghanaians because it was constantly reminding us of how inferior we are.”

“Ghana’s ministry of foreign affairs said in a statement that it has followed the controversy with “deep concern” and that it wants to relocate the statue.”

“The government would therefore want to relocate the statue from the University of Ghana to ensure its safety and to avoid the controversy,” it said.

Gandhi, who as a young man lived and worked in South Africa is best known for leading non-violent resistance to British colonial rule in India.

Scholars over the years have highlighted evidence showing that the Indian independence leader held derogatory views towards black south Africans.

In a book written in 2015, two South African writers pointed to instances where Gandhi complained that Indians were being forced to use the same separate entrances as Africans.