Hadza: The Tanzanian Tribe That Survive Purely From Hunting and Gathering — In Pictures

The Hadza are an an indigenous ethnic group located near Lake Eyasi in the Rift Valley. They are descendants of Tanzania’s aboriginal hunter-gatherers and have occupied their land unchanged for thousands of years.

The Hadza are one of the last remaining societies in the world that survive purely from hunting and gathering. Very little has changed in the way the Hadza live their lives.

As descendants of Tanzania’s aboriginal, pre-Bantu expansion hunter-gatherer population, they have probably occupied their current territory for thousands of years, with relatively little modification to their basic way of life until the past hundred years. 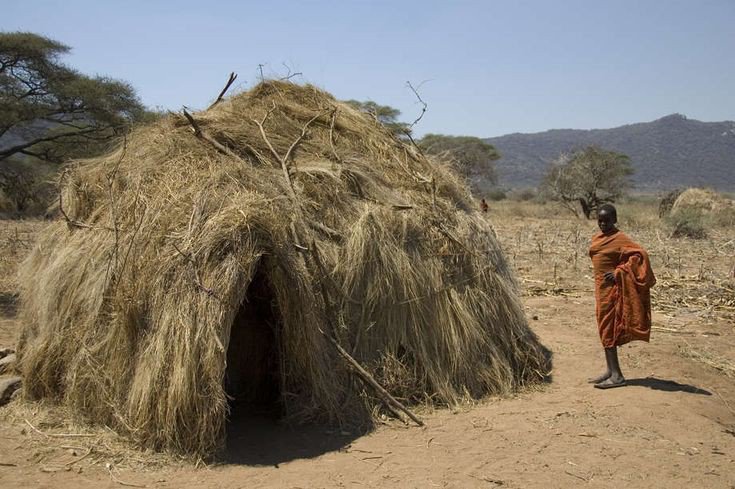 There have been many attempts to make the Hadza settle down and adopt farming — The British colonial government tried in 1927 and 1939, the independent Tanzanian government also tried in 1965 and 1990, and various foreign missionary groups since the 1960s — but they largely failed; generally the Hadza willingly settled and took advantage of provided food, but leave and return to foraging when the food runs out; few have adopted farming.

There are, as of 2015, between 1,200 and 1,300 Hadza people living in Tanzania, however only around 400 Hadza still survive exclusively based on the traditional means of foraging.

The Hadza live in a communal setting and are organized into bands, called ‘camps’, each camps are typically made up of 20–30 people, though camps of over a hundred may form during berry season. There is no tribal or other governing hierarchy, and almost all decisions are made by reaching an agreement through discussion.

The Hadza are highly skilled, selective, and opportunistic foragers, and adjust their diet according to season and circumstance.

During the wet season, the diet is composed mostly of honey, some fruit, tubers, and occasional meat. The contribution of meat to the diet increases in the dry season, when game become concentrated around sources of water.

Hadza men usually forage individually, and during the course of the day usually feed themselves while foraging.

In recent years, the Hadza’s territory has seen increasing encroachment from neighbouring peoples. The western Hadza lands are on a private hunting reserve, and the Hadza are officially restricted to a reservation within the reserve and prohibited from hunting there.