How Christianity Was Used to Exploit Africans

​Some of the missionaries worked hand in hand with the colonial administrators in advancing the subjugation of Africans, whether knowingly or unknowingly. 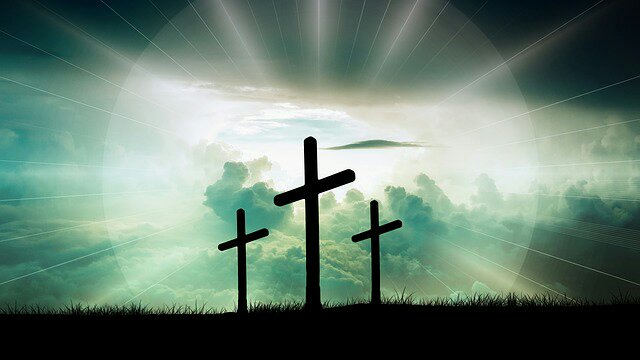 Karl Marx and Friedriech Engels were very sentimental about the role of religion in how it influenced the way of thinking in people. They said that religion is an opium. It is an opium which drags people to accept poor conditions without complaining.
When the Europeans came to colonize Africa, they did not just do that with the force they meted on Africans. Colonization was expedited by the use of religion, and in particular, Christianity. As of now, most Africans identify themselves as Christians, and many as Muslims. It seems Christianity has done the most in affecting the conscience of the black person in Africa. African traditional religions have been washed away, and especially with Christianity, they are viewed as pagan and heathen in nature.

While everyone is entitled to their religion, it is the same religion which has shaped Africa’s history especially with the advent of imperialism and colonialism upon which it was built. Christianity achieved a major thing in Africa: to teach the black Africans to forsake all their traditions and to facilitate colonialism. The African was taught to abhor everything African and to accept a new way of living, a new way of life, a new order that alienated them from who they originally were.

Christianity was subtly intertwined with the agenda of the West. They viewed Africans as backward, barbaric and uncivilized. So their mission was to “civilize” the African. Something which they achieved with a great degree of success. Christianity was the religion of the Westerners. And it is obvious the missionaries had Western values embedded in them. So what happened was a situation where the Africans were taught to hate everything African and to accept the European way of living.

The early Christian missionaries and missionaries worked hand in hand with the colonizers. At most times, the missionaries were sent to negotiate treaties that would put the Africans under subjugation. The Bible followed the gun. And thus, the influence of Christianity in the colonization process had a devastating effect on the Africans.

The Christian values inculcated in Africans were to achieve certain objectives. One of these was to pacify the Africans so that they would become passive and docile while the Europeans did whatever they deemed necessary with the land of Africans. This is not to imply that Christianity is being vilified, not at all. As a matter of fact, it has become one of the most embraced religions on the continent and influences the way many think. The way it was during the colonial era is totally different from the way it is now. It is only the fact that when it came, it was used to exploit Africans. But now that everything has changed, so have the factors too.

However, not all missionaries were bent on advancing the interests of the colonial masters. Some were of a genuine conviction (at least according to them) that the Africans really needed Jesus as their Saviour. Even though missionaries came with the good intention to evangelize Africa; the timing was bad. Missionaries came into Africa along with colonial administrators and traders with the plan to introduce Christianity, commerce and civilization.

Walter Rodney in his How Europe Underdeveloped Africa, contended that missionaries were agents of imperialism: “The Christian missionaries were as much part of the colonizing forces as were the explorers, traders and soldiers… missionaries were agents of colonialism in the practical sense, whether or not they saw themselves in that light.” Rodney accused missionaries of preaching humility and submission in the face of gross injustice, inhumanity and dehumanization. While British traders were exploiting their African customers, the missionaries preached peace, forgiveness and good neighborliness, which actually prevented genuine rebellion, self-preservation and determination. Missionaries worked towards the preservation of the status quo and upholding of the master-servant relationship between Africans and Europeans. In light of this view, the assertion that missionaries aided colonization is justifiable.
With how everything has changed nowadays, one can only look at history and wonder how this much-embraced religion was used to exploit the Africans through the colonization process.