Mali President Ibrahim Boubakar Keïta has been arrested by mutinying soldiers, a government spokesman has confirmed to the BBC. 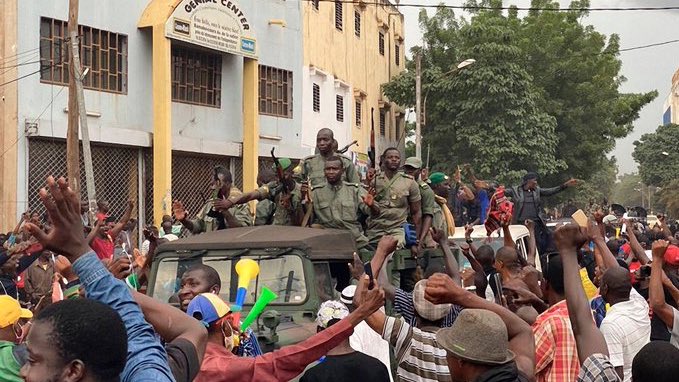 A regional official says Mali’s president and prime minister are now in the custody of mutinous soldiers, sparking fears the country could be plunged into further political turmoil.

Mali’s president and prime minister have been detained by mutinying soldiers on Tuesday night, according to a regional official.

The apparent coup attempt in the West African nation began with gunfire at a key military camp near the capital, Bamako, on Tuesday morning and began arresting senior military officers.

The mutiny has been condemned by regional group Ecowas, the African Union and former colonial power France.

The Economic Community of West African States (Ecowas) urged the mutineers to return to barracks.

“This mutiny comes at a time when, for several months now, Ecowas has been taking initiatives and conducting mediation efforts with all the Malian parties,” its statement said.

France’s Foreign Minister Jean Yves Le Drian also condemned “in the strongest terms this serious event” and he too urged soldiers to return to barracks.

Earlier the French embassy in Bamako posted a tweet “strongly” advising people to stay at home.

France has troops in the West African state to fight militant Islamists.

Footage from the AFP news agency shows a building owned by the justice ministry in Bamako ablaze.

In recent months huge crowds let by populist imam Mahmoud Dicko have been calling on President Keïta to step down.

Much smaller crowds reportedly gathered in the capital on Tuesday in support of the soldiers.