Seven elements of cultural heritage from across the world, including three from Africa, have been inscribed on this year’s List of Intangible Cultural Heritage in Need of Urgent Safeguarding. 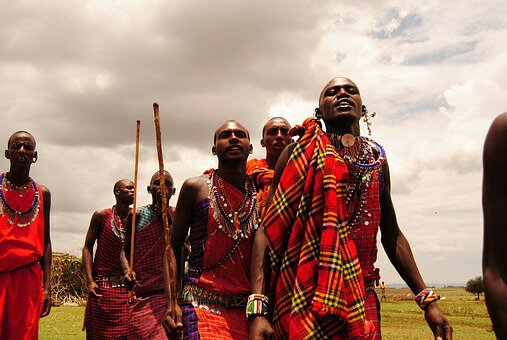 The seven are being debated and examined for possible inclusion into a list of living heritage that will be officially recognized by UNESCO, as under threat and in need of safeguarding.

The elements include the skills of the water measurers or foggaras in Algeria, three rites of passage of the Maasai Community in Kenya, and Egyptian traditional hand puppetry – Al-Aragoz.

Enkipaata, Eunoto and Olng’esherr are three interrelated male rites of passage of the Maasai community that was inscribed in thid years list of intangible cultural heritage:

Enkipaata is the induction of boys leading to initiation; Eunoto is the shaving of the morans paving the way to adulthood; and Olng’esherr is the meat-eating ceremony that marks the end of moranism and the beginning of eldership.

The rites of passage are mainly practised by young men of the Maasai community aged between fifteen and thirty, but women also undertake certain tasks.

The inscriptions were made on Wednesday, at the ongoing convention of the Intergovernmental Committee for the Safeguarding of the Intangible Cultural Heritage, in Port Louis, Mauritius.

Being inscribed on the list is good news for the countries involved, as it means that global assistance will be mobilised to protect these cultural practices.
In Algeria, the foggaras or water bailiffs of the Ksour communities in Touat and Tidikelt are under threat, mainly due to the effects of urbanisation and modernization.

“Several factors have disrupted the proper functioning of the foggara, including a lack of communication between youth and elders, and governmental changes to relations of ownership,” according to a statement.
For Egypt, an old form of theatre using puppets is also under threat due to a reduced number of performances. There are currently only ten active practitioners of Al Aragoz.

For the Maasai in Kenya, three interrelated rites of passage for men in the community – Enkipaata, Eunoto and Olng’esherr – are losing out to changes in the pastoral lifestyle of the community.

“The rites serve to educate young boys about a man’s role in society, transmit indigenous knowledge to the younger generation and induct them into moranhood, then into the category of young elders, and finally into senior elder status.”

Other elements inscribed on Wednesday include Yalli – a traditional group of dances in Azerbaijan, the Lkhon Khol Wat Svay Andet in Cambodia, Suri Jagek a traditional type of astronomy practiced in Pakistan, and Shadow Play – an art practiced with handmade puppets in Syria.

The intergovernmental committee is a body commissioned by UNESCO to examine living cultural heritage from across the world with a view to protecting it..

Previous articleEthiopia Overtakes Dubai as Top Feeder of Air Traffic to Africa
Next articleIs the Physical Use of Smartphones Reducing our Intelligence?