Matt Ingram, the Black Man Who Was Convicted in 1951 for Staring at a White Woman From 75 Feet Away

Matt Ingram was accused of “reckless eyeballing,” (the improper looking at a white person, with sexual intent). He was one of the last African Americans convicted under this law. The case became well-known by civil rights activist in North Carolina.

Matt Ingram was a forty-four-year-old tobacco farmer in the small town of Yanceyville. He was married and had nine children with his wife, was economically independent and owned his own mules and farm tools. He was also known in his community as an upstanding citizen and devoted family man.

On an early June morning in 1951, Ingram was driving to the Boswell farm to borrow a trailer, when seventeen-year-old Willa Jean Boswell claimed that Ingram looked at her from a distance of seventy-five feet. Ingram was arrested and charged with assault with intent to rape for staring at a white teen.

After the alleged incident, the community was in an uproar and prosecutors demanded that Ingram be convicted of assault with intentions to rape, declaring that young womanhood must be protected from “niggers” and the court did just that. However the charge was later reduced to an assault on a female by the judge.

Ingram was defended by Ernest Frederick Upchurch a 76-year old dustinguished white lawyer. But even his white lawyer couldn’t help him.

The judge found ingram guilty of assault on a female and sentenced him to the Maximum of two years imprisonment. 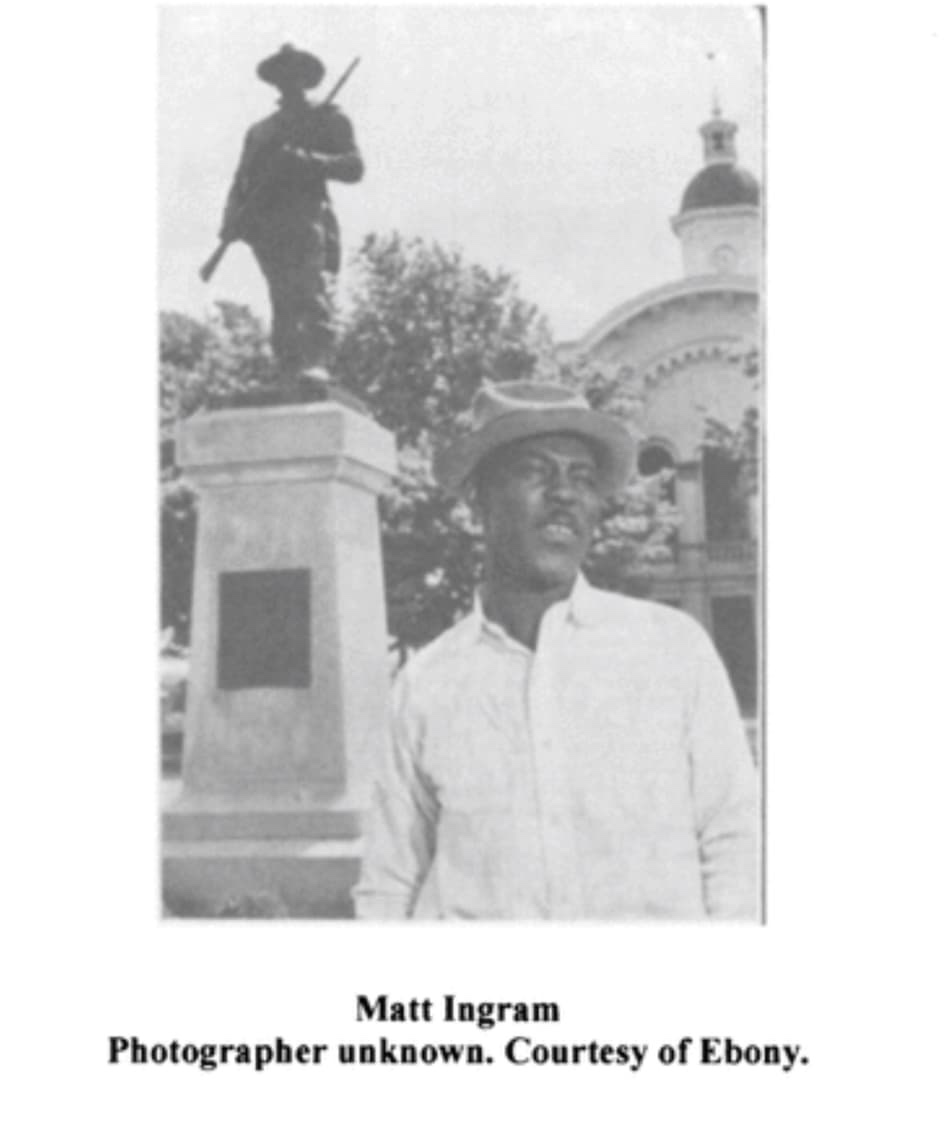 The widespread publicity of the case led NAACP (The National Association for the Advancement of Colored People) to send two of their best attorneys to appeal ingram’s case in the superior court.

At the appeal in Superior Court, the judge instructed the jury that Ingram was guilty if he used “intentional threats or menace of violence such as looking at a person in a leering manner, that is, in some sort of sly or threatening or suggestive manner… he causes another to reasonably apprehend imminent danger”.

The all-white jury returned a conviction, leading to a six-month sentence of labor on the roads, suspended for five years.

Ingram’s lawyers appealed taking exception to the judge’s instructions regarding the absence of a need of physical touch and the composition of the grand and trial jury.

The NAACP reignited their efforts and Black media newspapers strongly carried the case. Due to the pressure, the state supreme court had no choice but to grant Ingram his freedom, pointing out that: “it cannot be said that a pedestrian may be assaulted by a look, however frightening, from a person riding in an automobile some distance away. He may have looked with lustful eyes but there was the absence of any overt act.”

Unfortunately, Ingram spent over two years of his life in prison awaiting three trials that took two years too long to resolve.

Although Ingram was eventually exonerated, his life and the life of his family was forever changed. The family struggled throughout the years of the trial and after. Boswell’s teen daughter accusations led to the family’s ostracism. Black farmers would no longer hire him for fear of retaliation — which was a norm back then — from the white community, and the family felt uncomfortable entering Yanceyville so they had to travel to a nearby town to do their shopping. Eventually, Ingram had to sell his mules because he could not maintain their upkeep.

By the time he died in 1973, his family was destitute and alienated from their community. His wife also lived with the stigma of his arrest until her own death in 2003.

Previous article
The Sad Tale of Jean-pierre Adams, a Former PSG Player Who Has Been in Coma for 39 Years
Next article
People of the Nuba Tribe: Astonishing Images of the Nuba Peoples of Sudan taken in the 70’s