Meet the Next Generation of the Most Influential people in Africa

TIME has reveals the first-ever TIME 100 Next list, a new expansion of the TIME 100 list of the most influential people in the world. The list highlights 100 rising stars who are shaping the future of business, entertainment, sports, politics, health, science and activism, and more. Six Africans were among the prestigious lineup, making names for themselves among the artists, advocates and phenoms sections. Let’s Meet the Next Generation of Influential Africans 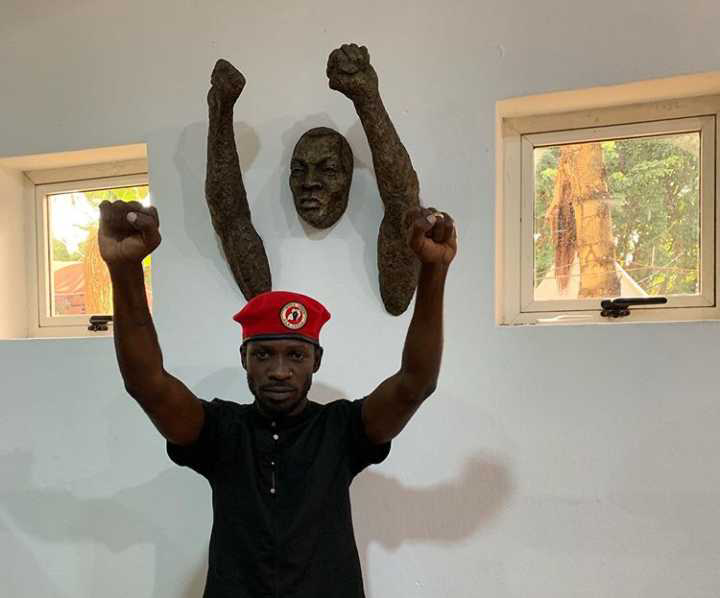 Award-winning Kenyan director Wanuri Kahiu is pushing boundaries with her film making, exploring themes around LGBTQ rights, which are deemed controversial in Kenya.

Born in Nairobi, Kenya in 1980, Wanuri Kahiu is a film director, producer and author. Her short film Pumzi, which was screened at the 2010 Sundance Film Festival as part of its New African Cinema program, earned the recommendation of American filmmaker and writer dream hampton who in a brief tribute to Kahiu described it as “characteristic” over her work for its portrayal of black women.

Kahiu also earned recognition for her 2018 feature, Rafiki , which, despite its initial ban in Kenya over its depiction of a same-sex relationship, made history as the first film from that nation to premiere at the Cannes Film Festival. It was also screened at the 2018 London Film Festival.

Akunyili -Crosby is the daughter of late Dora Akunyili , who was a former Director -General of the National Agency for Food Administration and Control; and also a former Minister of Information and Communications from 2008 to 2010.

Having produced works valued in millions of dollars at auction, Nigerian-born Njideka Akunyili Crosby is an award-winning visual artist. Two of her works, for example – Drown and The Beautyful Ones – were sold for U.S.$900,000 and U.S.$3 million respectively.

Crosby has, among many accomplishments, earned a Master of Fine Arts degree at Yale University and was the second artist to be selected to design a mural on the walls of the Los Angeles’ Museum of Contemporary Art. She has been recognised for creating scenes that depict brightly colored scenes of domestic life that are autobiographical in nature and that incorporate elements of both Nigeria and the United States, according to Time reporter Madeleine Carlisle.

Born in Somalia in 1989, Magid Magid fled the country in 1994, along with his mother and five siblings to escape the civil war. After spending six months in an Ethiopian refugee camp, the family moved to Sheffield, England in hopes of finding a better life.

Today, Magid is a Member of the European Parliament who aims to make politics more accessible to youth. He sits on the main committee responding to the migration crisis in Europe, and works to prevent the deaths of migrants and refugees travelling across the Mediterranean. Speaking to Time’s Suyin Haynes, Magid said: “My story is important in the current climate that we’re living in where refugees and migrants are dehumanized.”

Adut Akech is a South Sudanese-Australian model. She was a former child refugee who spent the first eight years of her life in Kenya’s Kakuma refugee camp before migrating to Australia.

She has been hailed by Times’ Cady Lang as the embodiment of the future of fashion. Raised in Kakuma, Kenya, the 19-year-old started her modelling career in Australia three years ago and has shot editorials for American Vogue, Le Monde M Magazine and T Magazine, among other publications.

Her meteoric rise has come with several achievements, including closing the Chanel haute couture show as the “bride” – a highly coveted role featuring a supermodel wearing a wedding dress – and being one of fifteen women selected to appear on the cover of the September 2019 issue of British Vogue. Akech also champions social justice by casting light on racism in the fashion industry as well as providing a platform for her fellow refugees.

Oluwaseun Ayodeji Osowobi is the founder of the Stand to End Rape organization in Nigeria, one of very few organizations that offer help to women who have been sexually abused. Osowobi was also named 2019 Commonwealth Young Person of the year.

Oluwaseun Ayodeji Osowobi is also a survivor of sexual assault, she told Time’s Suyin Haynes: “Telling my story as a survivor, that comes with a lot of stigma.” STER’s services, which include training for health workers and counselling for survivors, have reached nearly 200,000 people across Nigeria.

Ugandan singer-turned-politician Robert Kyagulanyi, popularly known as Bobi Wine, has been highly critical of the Ugandan president, Yoweri Museveni, who has ruled Uganda for the past 33 years

Robert Kyagulanyi Ssentamu, better known as Bobi Wine, decided to go beyond the Ugandan entertainment industry when he ran for and won a seat in parliament. Afterwards, he set his sights on the presidency, declaring in July 2019 he would challenge incumbent leader Yoweri Museveni himself. “Eighty percent of our population is under the age of 35. They deserve a leader who works for the future of Uganda, not for himself,” he told Time magazine’s Africa correspondent Aryn Baker.

The 37-year-old is outspoken about political and social issues in Uganda and is no stranger to controversy. Despite being jailed, beaten and charged with treason over during his political career, he told Time’s Aryn Baker that President Museveni fears the outcome of the country’s 2021 elections.

Joy Buolamwini is a Ghanaian-American computer scientist and activist based at the MIT Media Lab. She’s the founder of Algorithmic Justice League, an organization that highlights the social implications of Artificial Intelligence (AI).

Since she founded the organization, Buolamwini has since provided her expertise in two congressional hearings and is now working with government agencies in Europe.

Kwame Onwuachi is an American-Nigerian chef whose Washington D.C. restaurant has gained a lot of buzz and his memoir ‘Notes from a Young Black Chef’ is set to be made into a film next year..