Michelle Obama and Oprah Winfrey has been ranked first and second ‘Most Admired Women ‘ In America respectively. 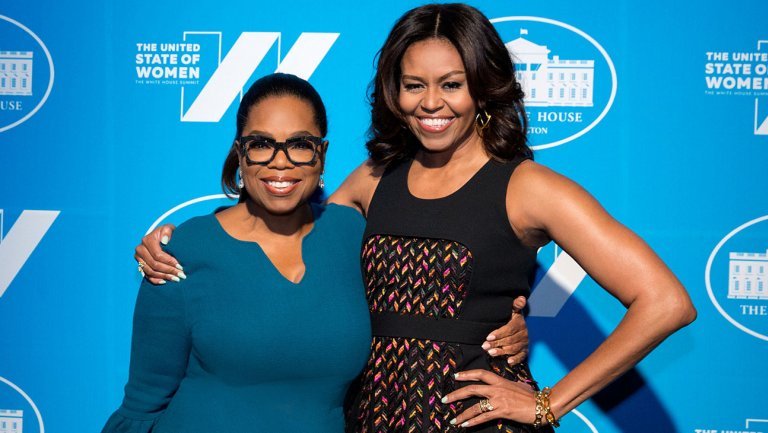 For the first time in 17 years, a woman other than Hillary Clinton has been named by Americans as the woman they admire most. Former first lady Michelle Obama, who finished second to Clinton three times and is currently touring to promote her recently released autobiography, won by a significant margin this year.

The Queen finished in the top 10 for the 50th time, Gallup said.

Former President Barack Obama was most admired man for the 11th year in a row. President Donald Trump finished second for the fourth consecutive year.

The poll has been carried out every year since 1946, with the exception of 1976.

The 1,025 adults surveyed were asked to name the man and woman living anywhere in the world whom they admire the most.

Mrs Clinton, a former US Democratic senator and secretary of state who ran for the White House in 2016, has come top of the list 22 times including the past 17 years in a row.

Although Oprah Winfrey has never finished top she has been second on 14 occasions.

If Mr Obama comes top again next year he will tie with the record holder – former president Dwight Eisenhower who won the most admired man title 12 times, Gallup said.

Mr Trump is, so far, one of only two presidents not to have won the title while in office, the other being Gerald Ford.

Gallup said the survey, which was carried out between 3-12 December, had a margin of error of plus or minus four percentage points.

Gallup’s annual survey, asks Americans, in an open-ended question, to name the man and woman living anywhere in the world today whom they admire most. Gallup first asked the question in 1946 and has done so every year since, except 1976.