Mwaka Kogwa, the Tanzanian Festival where Men Fight to Settle Grudges of the Previous Year

Mwaka Kogwa is a four-day festival held in Makunduchi, usually in late July. It is a celebration of the New Year and some of the events include huge bonfires and mock fights. 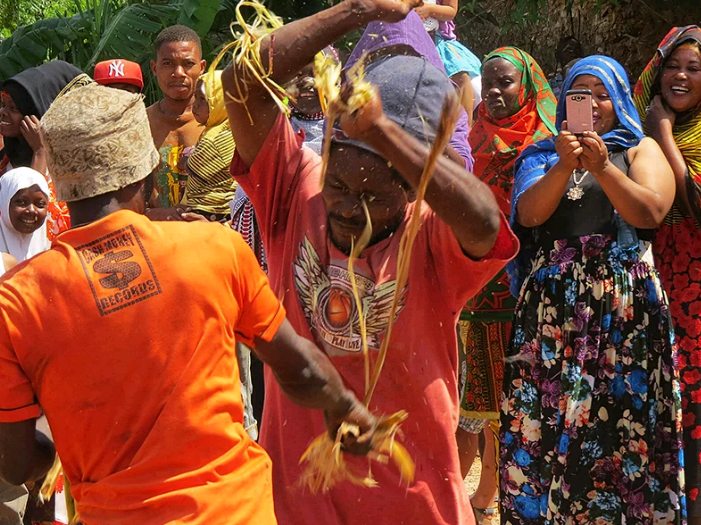 The festival has its origins in Zoroastrian religion which is one of the world’s oldest religions observed by the Persians.

Shirazi Persians were the first foreigners to settle in Zanzibar and had significant numbers during the early medieval period. Many aspects of their culture were absorbed by the indigenous Swahili inhabitants of the island and given a distinctive local flavour.

Mwaka Kogwa is a combination of tribal rituals and elements of Zoroastrian fire-worship and runs for all of four days and is typically held every year around the third week of July.

Many people flock in from all over Tanzania to witness these incredible festivities where men whip each other with banana stalks and deemed as a purification ritual to end all grudges with the other person as the New Year is ushered in. 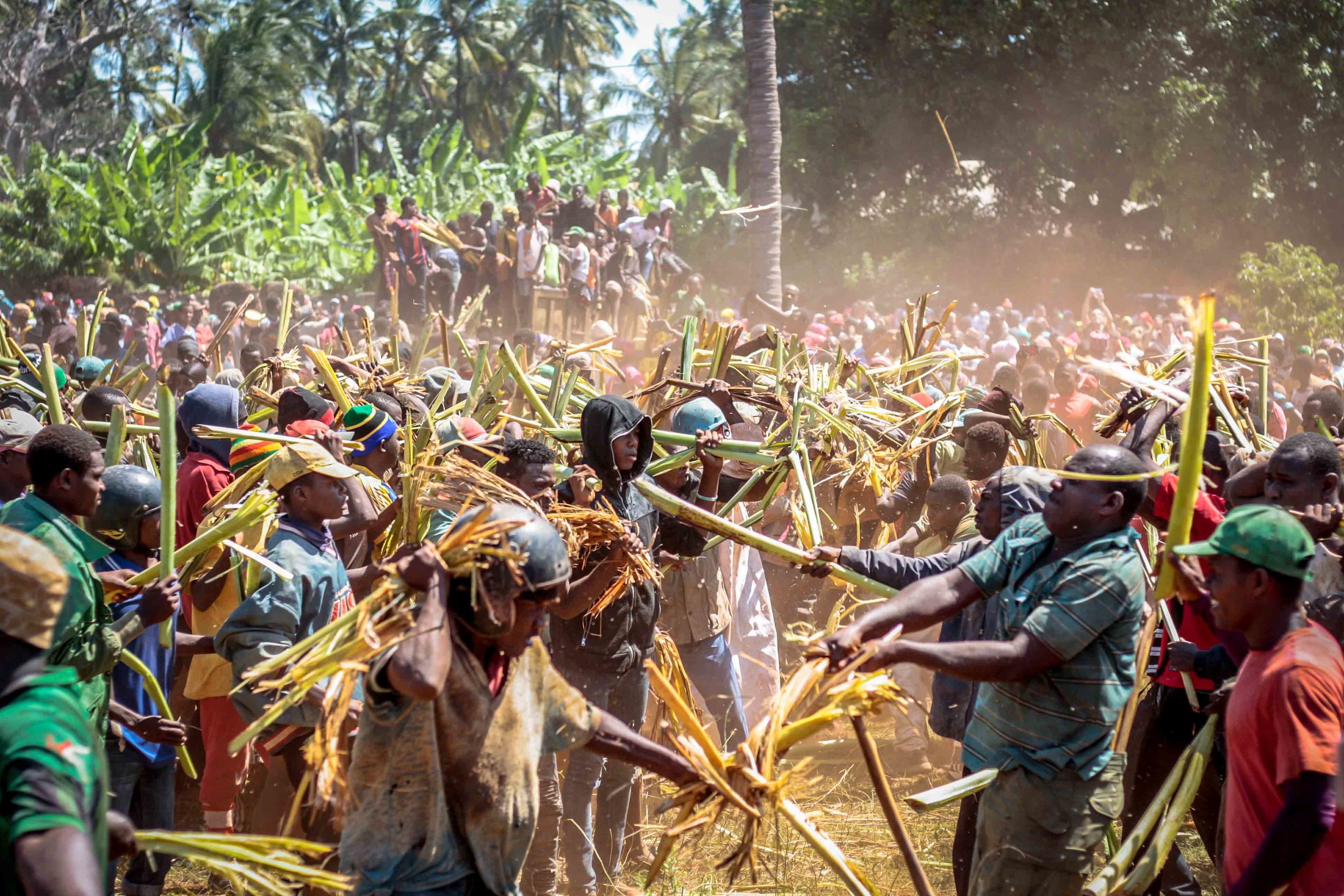 Mwaka Kogwa, celebrations includes specific rituals that are thought to bring good luck in the New Year. Like most East African festivals there is a lot of drumming, singing, dancing, and feasting that goes on at the festival.

At the beginning of the festival, the men from the village engage each other in a stick fight. This play fight is meant for the men to beat each other as a way of venting and letting out all their frustrations from the previous year. In the earlier times of the festival, Real weapons were used and there was violence seen then but now banana sticks are preferred because they are less violent.

No referees are involved in the contest, while the rules are loose and flexible. For one to be declared winner, his opponent must raise both hands in surrender. Usually, supporters of both side get involved in the contest, as it is believed that it affords everyone the chance to exorcise and purge themselves of the misgivings toward each other of the outgoing year. This they believe helps to usher in the New Year on a clean and fresh slate.

As they do this, the women of the village dress up in their best clothes and proceed throughout the village and the fields, singing traditional songs about family, love and joy.

Towards the end of the fight, the mganga, or traditional healer, lights a ritual hut on fire and reads the direction of the smoke which can help him determine the village’s prosperity in the coming year.

Finally there is a large feast in which all guests are welcomed and considered as a sign of happiness and prosperity.

Traditional Swahili food is accompanied by taarab music, and on the beaches the drums and dancing continue long into the night.

Mwaka Kogwa takes place every year around the 23rd or 24th of July.

Previous article
Reward Offered to Anyone Who Can Get Tire Off This 13-Foot Crocodile’s Neck
Next article
Most Dangerous Cities in South Africa, 2020