South Africa’s Zulu King Goodwill Zwelithini has encouraged communities, especially those in KwaZulu-Natal Province, to preserve the circumcision culture, saying the practice is to ensure that it contributes towards the fight against HIV and AIDS. 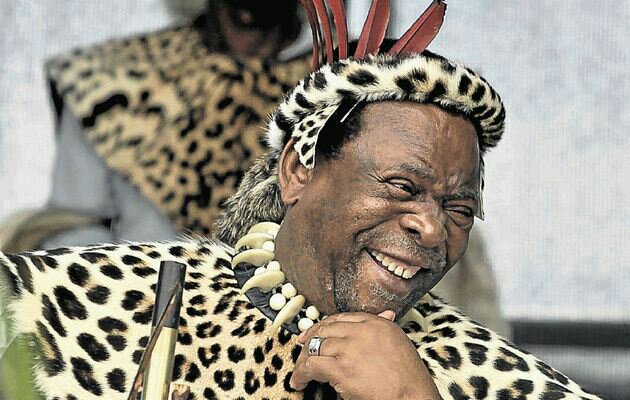 The passage which was banned by King Shaka in the 19th Century because he said it robbed him of young warriors for months at a time was brought back in 2009 by the king of the Zulus.

The Zulu monarch was addressing hundreds of young males who have just been circumcised and completed initiation during a traditional homecoming ceremony held in this small town on the border between KwaZulu-Natal Province and Eastern Cape Province on Tuesday for young men who have successfully undergone circumcision.

Eighteen-year-old Bahlakoana Mahasele is one of the new initiates. He has just completed traditional circumcision under the supervision of a medical doctor.

Mahasela says he has gained a lot about life in general during his stay at the mountain. “I saw that boys who had been to the mountains are more disciplined and respected. I saw that this was a good thing and wanted to be like them and be respected. That’s why I wanted to be part of the team.”

The Zulu King says circumcision is not only about culture and tradition and he called on traditional leaders to ensure that young people are circumcised.

He has also raised concern about an increasing numbers of teenage pregnancies.

More than one million men in KwaZulu-Natal have been circumcised since 2009 when King Goodwill Zwelithini revived the practice.

Ukugwesa, traditional circumcision and initiation into manhood, is an ancient initiation rite practised by the Zulus . The ritual is traditionally intended as a teaching institution, to prepare young males for the responsibilities of manhood.

But in contrast to the Xhosa practice of full circumcision, Zulus traditionally promotes partial circumcision (ukugweda). Here, the foreskin is not removed, but a band of tissue under the penis glans is cut, allowing the foreskin to move easily back and forth.

Previous article
According To Science, These Are The 20 Oldest Words In English Language
Next article
Aliko Dangote is Africa’s Richest For Seventh Year