The Golden Stool – also known as Sika Dwa Kofi – of the Asante people of Ghana is the royal and divine throne of kings of the Ashanti people. The stool which is believed to house the spirit of the Asante nation is considered to be so sacred that no one is allowed to sit on it. 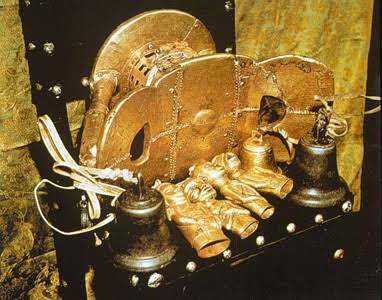 The Golden Stool is made of pure gold, and hung with bells to warn the king of impending danger. The stool which also has its own throne is so sacred that it is kept under the strictest security and is taken outside only on exceptional occasions.

According to legend, the golden stool descended from the sky through the chants of one of their greatest traditional priests by the name of Okomfo Anokye. It landed on the lap of the first Asante King, Osei Tutu, which he used to unify the people in the 17th century. 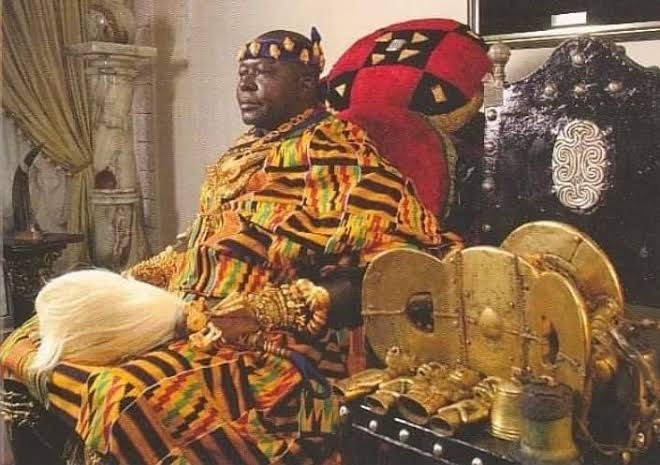 The Golden Stool is usually placed on the right side of the king and it is only brought out when a new Ashanti king is to be the inaugurated, and during the commemoration of the date the Golden Stool fell down from Heaven, Akwasidae festival.

On this day (Akwasidae festival), the Golden Stool (throne) is displayed at the palace grounds in the presence of the king while people sing and dance. 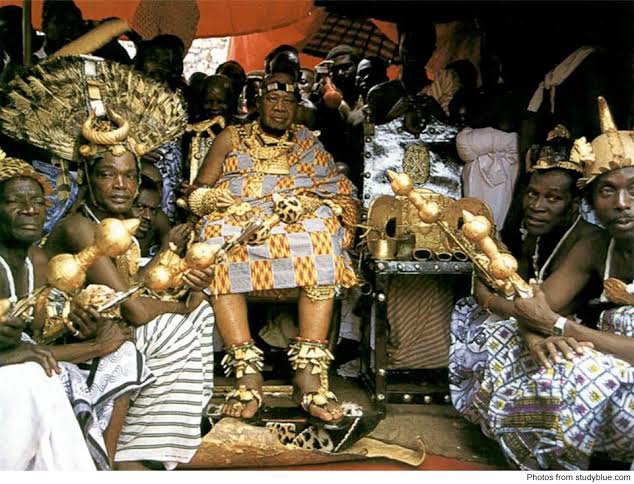 Ritual libations of blood and schnapps are also poured onto the thrones of the former kings as offerings to them and to the ancestors.

In Asante, All chiefs have a symbolic replica of the stool, and each has a different symbolic meaning for the person whose soul it seats.

The Asante have always defended the Golden Stool when it was at risk.

1896: The Asante allowed their King, Prempeh I, to be deported rather than risk losing a war and the Golden Stool in the process.

1900: The Governor of the Gold Coast, Sir Frederick Hodgson, demanded to sit on the stool. The Asante remained silent and when the assembly ended, they went home and prepared for war. Although they were finally conquered by the British in the War of the Golden Stool, the Asante claimed victory because they fought only to preserve the Golden Stool, and they had.

1920: A group of African road builders accidentally found the Golden Stool and stripped it of its gold ornaments. They were tried according to traditional custom and the death penalty was imposed. But the British intervened and the sentence was commuted to perpetual banishment.

To this day, the Golden Stool is one of the main focal points of the Asante people of Ghana.

Previous articleAkan Drum, the Oldest African Object in the British Museum
Next articleGaspar Yanga, the Runaway Slave Who Led a Successful Resistance Against the Spanish Colonial Government in Mexico in 1609