Senegalese Laamb wrestling is a type of wrestling traditionally performed by the Serer people and now a national sport in Senegal. This form of wrestling allows punches to the face or head and can end with a knockout blow. 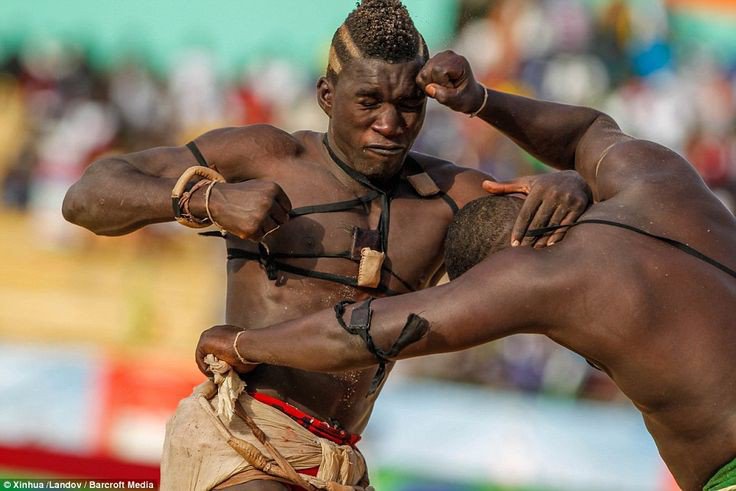 Laamb Wrestling takes its root from the wrestling tradition of the Serer people who used it as a way of training for war. In time what began as tribal preparations for battle developed into village ritual and soon a form of entertainment. Men traditionally fought at village festivals after the harvest season as a way of attracting women, proving their manliness and bringing honour to their villages.

But in the past 50 years traditional Senegalese wrestling has grown exponentially to become a national sport with celebrity fighters competing for big prize money in large stadiums in front of thousands of fans. 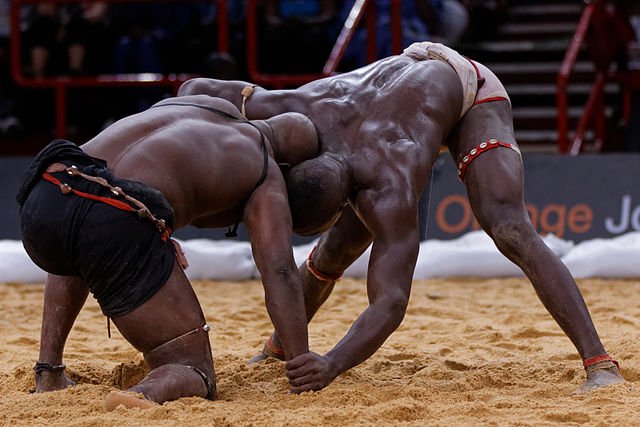 Matches, usually held in open-air arenas, are social and cultural events with fighters and spectators enacting rituals with a significance that date back hundreds of years.

A fight typically lasts between ten seconds and four minutes. 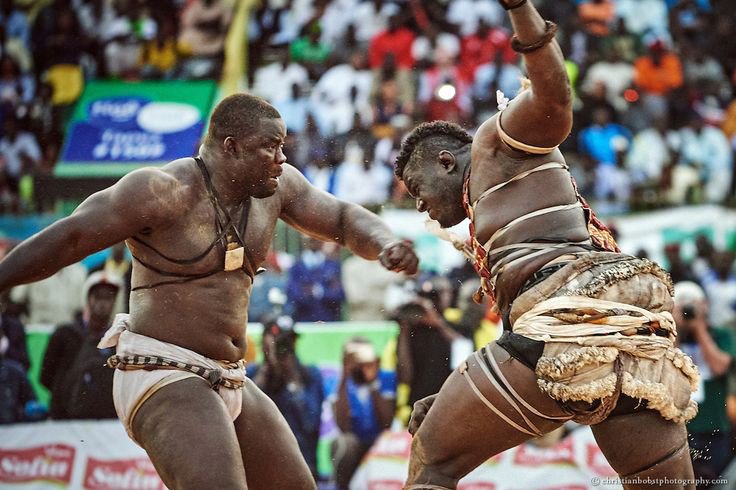 During the ceremony, the wrestler, accompanied by drummers and singers, dances around the arena; around his arms, legs, and waist are various kinds of amulets the purpose of which is to give him luck and also protect him against the charms of his opponent. 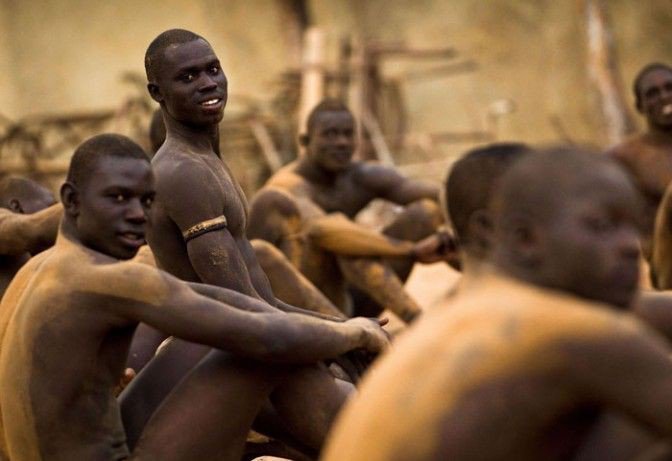 One of the main objectives of Senegalese wrestling is to throw the opponent to the ground by lifting him up and over, usually outside a marked area.

For those competing at the highest level, the rewards can be huge with the potential to earn up to $200,000 per contest. 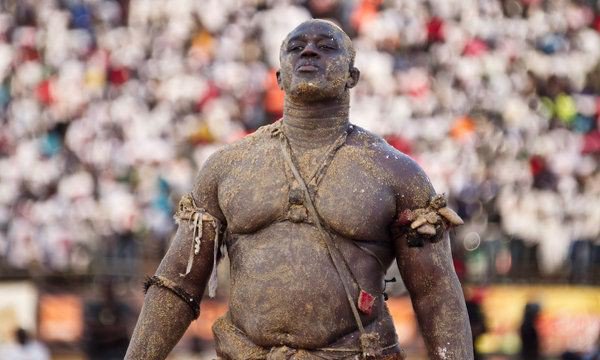 Star wrestlers become lords of entire districts, privileged with providing for their friends and rewarded with unflinching loyalty.

Laamb wrestlers train extremely hard and engage in difficult physical exercises throughout the day to build up their strength. However while they believe strength is important they also believe that there is an element of luck in the winner, and may perform rituals before a match to increase their chances.

Common to Senegalese wrestlers is rubbing a foot on a stone or rubbing themselves with fetish lotions or oils for good luck. 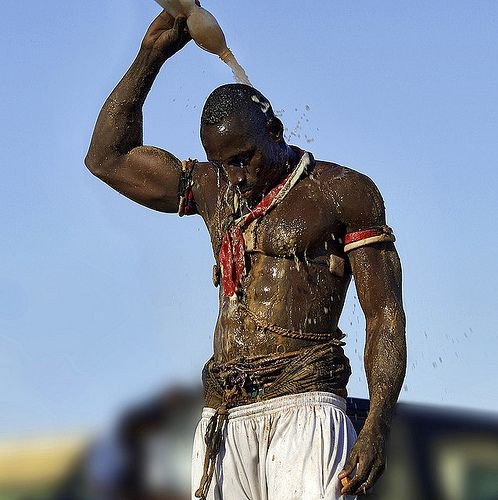 At the highest level of Laamb, it’s not unusual for each wrestler to spend vast amount of money on amassing an entourage of shamans and religious teachers known as ‘marabouts’. This entourage is tasked with performing rituals believed to bestow supernatural powers upon a wrestler during a fight. 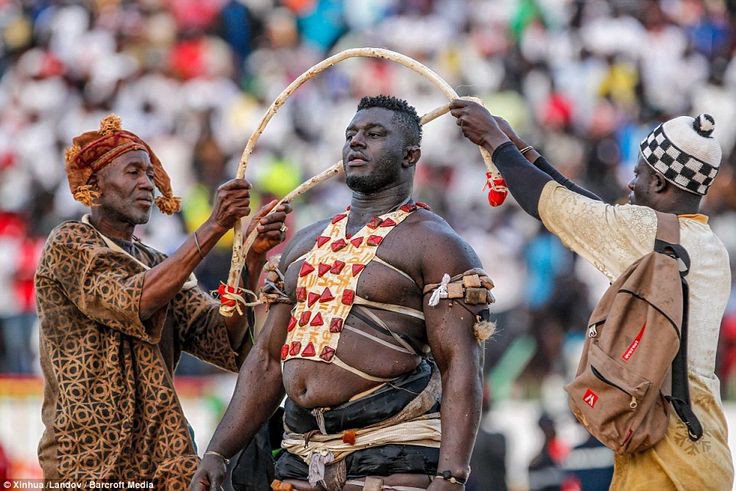 Senegalese wrestling is similar to the Dambe martial art of the Hausa people of Nigeria. The only thing that differentiates them is that in the dambe, the primary weapon is the strong-side fist and it is wrapped in a piece of cloth covered by tightly knotted cord. 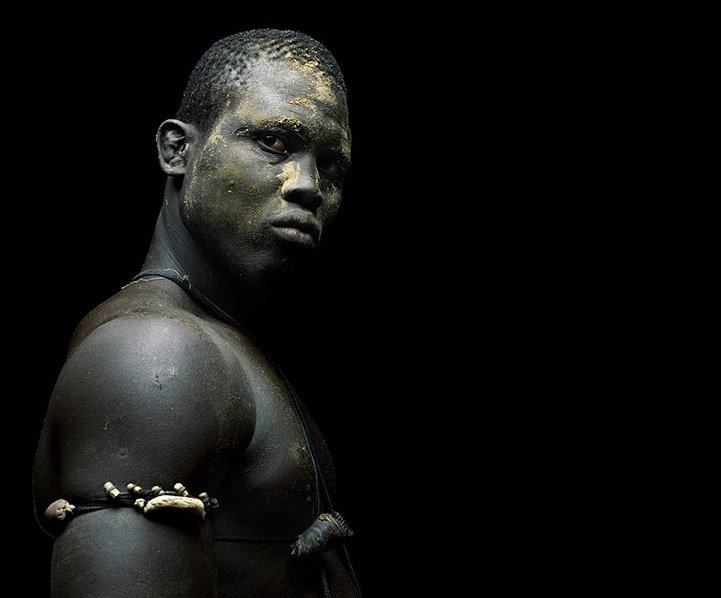 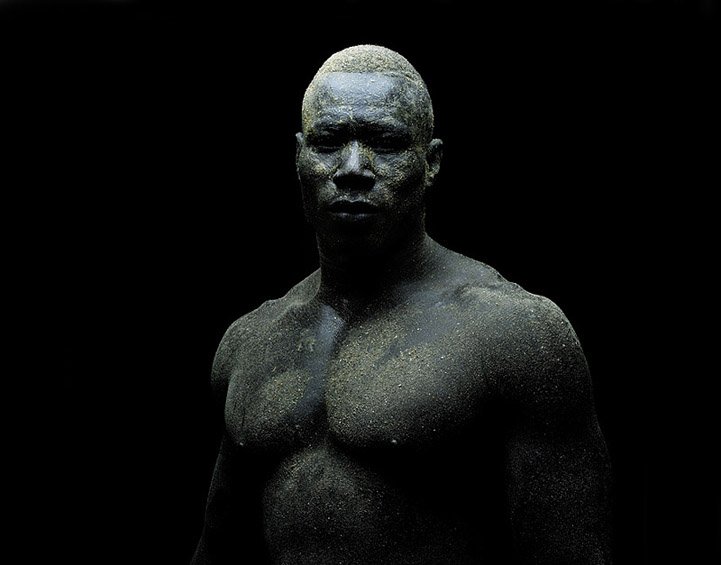 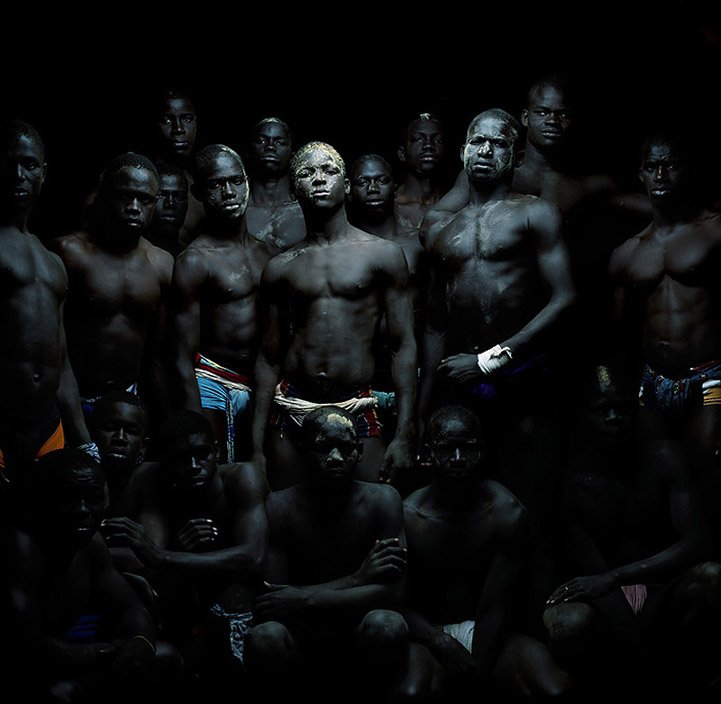 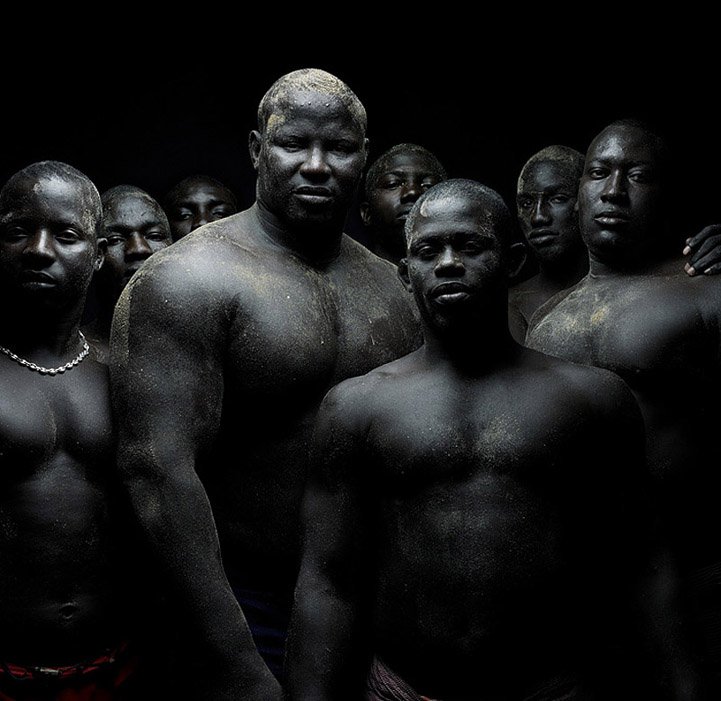