Death occurrence in the African continent is mainly due to diseases such as HIV/AIDS, malaria, and respiratory infections. The number of lives claimed by illnesses over the last couple of years has been over a million deaths annually.. 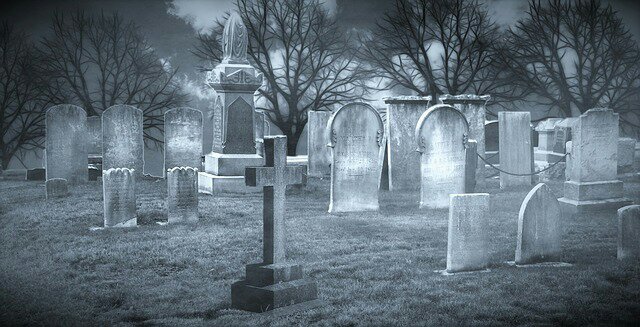 Death occurrence in the African continent is mainly due to diseases such as HIV/AIDS, malaria, and respiratory infections. The number of lives claimed by illnesses over the last couple of years has been over a million deaths annually..

According to The World Health Organisation most recent data on global deaths.. The below are the leading causes of death in Africa

The leading cause of death in Africa, lower respiratory tract infections target your airways and lungs. Diverse in origin, they stem from many viruses and bacteria and occasionally fungi or parasites.
The most common illnesses are influenza, bronchitis bronchitis or pneumonia. Pneumonia is single-handedly responsible for 16% of global deaths of children younger than five, with a significantly greater share in Africa.
The notable exclusion from this category is tuberculosis as the disease can infect virtually anywhere in the body even if initially limited to the lungs.

The Human Immunodeficiency Virus targets the immune system, restricting someone’s ability to mount a defence against infections and cancers as it progresses. The most severe phase of the disease is known as AIDS, or acquired immunodeficiency syndrome, and can take between 2 to 15 years to develop depending on the person infected.
Antiretroviral drugs suppress the replication of the virus in the body while also allowing the immune system to strengthen.
In 2015, there were an estimated 760,000 deaths from HIV/AIDS and related complications in Africa, compared to 1 million in 2010. This 24% decrease is due to better diagnosis and treatment and more information on the condition. The near-halving in HIV/AIDS mortality is a trend seen over the last decade – 1.5 million people died of HIV/AIDS in 2005.

Diarrhoea is defined as the passage of three or more loose or liquid stools per day or more than is normal for a person. It is often a symptom of either a viral, bacterial or parasitic infection. According to the Centers for Disease Control and Prevention, 88% of deaths in this category worldwide are due to unsafe water, poor sanitation and insufficient hygiene.
About 643,000 people died from diarrhea in 2015 accounting for 7% of total deaths. Diarrheal diseases are caused by bacteria, viruses, and parasites which lead to dehydration. Most of these diseases are as a result of drinking unsafe water and inadequate sanitation. Children under the age of five are worst affected and likely to die from diarrhea.
It is the second leading cause of death of children younger than five worldwide. Compounded by malnutrition, death is caused by dehydration, poor absorption of nutrients or infectious complications, such as damage to the intestinal wall.

A stroke happens when blood flow to a region of the brain is interrupted by either a clot or bleeding, depriving the body of oxygen and nutrients. Often, the person dies or suffers permanent damage.
Stroke deaths increased over the past five years from 406,595 (4.4% of deaths) to 451,000 deaths (4.9%) in 2015.

Ischaemic heart disease refers to the narrowing of the arteries of the heart due to the buildup of plaques. This causes less oxygen to reach portions of the heart lying beyond the obstruction. Death occurs when an artery suddenly becomes fully blocked, causing severe damage to the heart. More commonly this is known as a heart attack.
During 2015, an estimated 441,000 deaths (or 4.8% of the total) were due to ischaemic heart disease. In 2010, this category had a significantly smaller number of deaths at 389,785 (or 4.2% of total deaths). Though tuberculosis is among the lower respiratory tract infections, it is categorized separately in the WHO cause of death statistics. It accounted for 2.4% of deaths (230,000 deaths) in sub-Saharan Africa in 2012.

Malaria is transmitted by mosquitos, the insect vectors of the malarial parasite Plasmodium. It is one of the leading causes of death in Africa, with an estimated 554,000 deaths in 2012. Children under five years of age are highly susceptible to the disease with over 41% of children deaths attributed to malaria alone. Of all the global deaths from malaria, 92% of them were found in Africa. One of the reasons for the high malaria prevalence is because of the tropical climate which provides a good habitat for the breeding of mosquito. Additionally, preventive measures and systems are inadequate to deal with emerging malaria cases.

Lack of adequate health facilities and sanitation has catapulted the figures in previous years. Also, a majority of the Africans are unable to afford quality health care services leaving them vulnerable to infections and diseases.

Previous article
Fake and Substandard Drugs Kill Thousands in Africa Annually, Report Shows
Next article
South Africa is One of the Worst Countries in Africa for Law and Order