South Africa’s youngest legislator is set to be sworn into office today as members of the National Council of Provinces (NCOP), the upper house of parliament, take their seats. 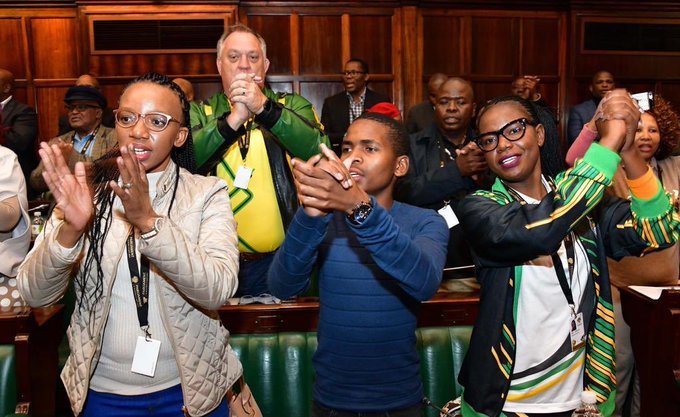 The 21-year-old Itumeleng Ntsube belongs to the ruling African National Congress’ (ANC) from Botshabelo in the Free State Province. The province which has its capital as Bloemfontein also serevs as South Africa’s judicial capital.

Ntsube was accredited by the parliament during a May 21 orientation in Cape Town, the legislative capital, reports said.

He enrolled in university last year and is studying towards a degree in education back in Bloemfontein. To allow him undertake his new role, he said he would move to a university in Cape Town to continue with his studies.

“I’m 20 years old. I serve as the provincial chairperson of the Congress of South African Students in the Free State. On 21 May, we came to Parliament to be acclimatised with all the process; namely of what’s expected of us,” Ntsube is quoted to have said.

The NCOP comprises 90 provincial delegates, 10 delegates for each of the nine provinces regardless of the population of the province. This means that each province is equally represented in the NCOP.

The other house of parliament is the 400-member National Assembly. South Africa has a bicameral Parliament (two Houses) supported by a joint administration.

The National Assembly is the House directly elected by the voters, while the National Council of Provinces is elected by the provinces and represents them to ensure that provincial interests are taken into account in the national sphere of government.