West Africa: The 16 West African Countries, Their Language And Population

Western Africa comprises an area of approximately 6.1 million square kilometers. The region includes 16 countries. Here is more about these West African Countries, Their Language And Population 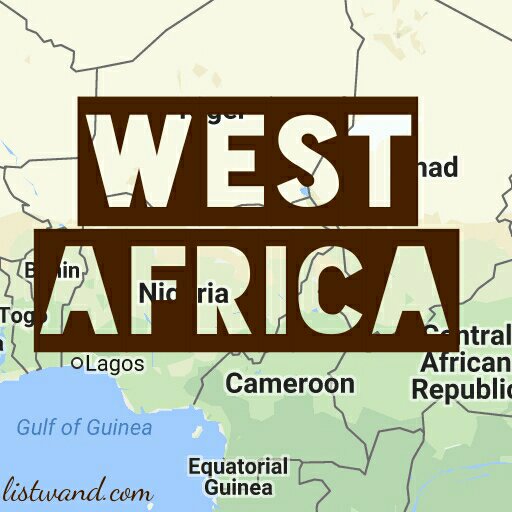 Benin covers an area of around 115,000 sq km. This tropical sub-Saharan country depends on agriculture. The largest religious group is Roman Catholicism.

This island nation spans an archipelago of 10 volcanic islands in the central Atlantic Ocean. The nation covers an area of slightly over 4,000 sq km. It is praised as an example among African nations, for its stability and developmental growth.

The Gambia is located on either side of River Gambia. It covers an area of around 10,689 sq km and has a population of appx 2 million. The nation’s economy is dominated by fishing, farming and tourism.

Ghana is a sovereign multinational state and unitary presidential constitutional democracy. It has a land mass of 238,535 sq km. Approximately 27 million people live in Ghana. Its economy is one of the fastest growing economies in the world.

West African country Guinea is a republic. It covers an area of 245,860 sq km and has a population of appx 11 million. French is the official language of Guinea.

Guinea-Bissau covers 36,125 sq km. Around 2,000,000 people live in this country. Its GDP per capita is one of the lowest in the world. More than two-thirds of the population lives below the poverty line.

Ivory Coast covers 322,463 sq km, and has a population of about 20.6 million The nation’s economy is market-based and relies heavily on agriculture.

Liberia covers an area of 111,369 sq km. It is home to around 4.2 million people. English is the official language of Liberia. The climate of the nation is hot and equatorial. Around 85 percent of the population of Liberia lives below the international poverty line.

Landlocked nation Mali covers over 1,240,000 sq km, and has a population of about 15 million. The nation’s economic structure centers on agriculture and fishing. And like most countries on this about half the population of Mali lives below the international poverty line.

Around 90 percent of Mauritania’s land is within the Sahara Desert. The population of Mauritania is about 3.7 million. The nation is nearly 100 percent Muslim.

Landlocked West African nation Niger covers an area of around 1,270,000 sq km. It is the largest country in West Africa. Niger is a developing nation, whose economy is concentrated around subsistence.

Nigeria is known as the “Giant of Africa” due to its large population and economy. Around 175 million people live in Nigeria. It is the most populous country in Africa. Its economy is the largest in Africa.

Senegal covers around 197,000 sq km. Around 13.3 million people live in Senegal. Most Senegalese are Sufi Muslims. French is the official language of Senegal.