10 Enlightening Facts About Africa That Seem Overstated But Aren’t

Africa is a beautiful continent with lots of history, most of them are well known and some aren’t. Here are 10 enlightening facts about Africa that seem overstated but aren’t

1. The Human Race Is Of African Origin. 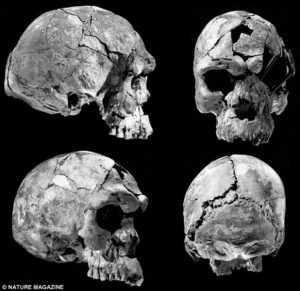 The oldest known skeletal remains of anatomically modern humans were excavated at sites in East Africa, at Omo in Ethiopia to be precise and they were dated to be 195,000 years old, the oldest known in the world.

2. Africans Were The First To Engage In Mining

In 1964 a hematite mine was found in Swaziland at Bomvu Ridge in the Ngwenya mountain range. Ultimately 300,000 artefacts were recovered including thousands of stone-made mining tools. Adrian Boshier, one of the archaeologists on the site, dated the mine to a staggering 43,200 years old.

3. The first Great Pyramid of Giza,

the most extraordinary building in history, was a staggering 481 feet tall – the equivalent of a 40- storey building. It was made of 2.3 million blocks of limestone and granite, some weighing 100 tons. 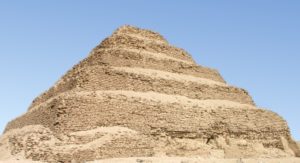 4. The ancient Egyptian city of Kahun was the world’s first planned city.

In 1889 the English archaeologist W. M. F. Petrie, the founder of scientific archaeology in Egypt, excavated the pyramid town he called Kahun. The town was located just over one kilometer from the valley temple of Senwosret II’s pyramid complex at Lahun.

Rectangular and walled, the city was divided into two parts. One part housed the wealthier inhabitants, while the other part housed the ordinary people. The streets of the western section in particular, were straight, laid out on a grid, and crossed each other at right angles. A stone gutter, over half a metre wide, also ran down the centre of every street.

5. The Nigerian city of Kano

in 1851 produced an estimated 10 million pairs of sandals and 5 million hides each year for export.

One scholar wrote that: “Almost no other contemporary state anywhere in the world could issue in gold, a statement of sovereignty achieved only by Rome, Persia, and the Kushan kingdom in northern India at the time.”

7. Ceasarean Operations were carried out in pre-colonial Uganda

With the use of antiseptics, anaesthetics and cautery iron, autopsies and caesarean operations were routinely and effectively carried out by surgeons in pre-colonial Uganda. Commenting on a Ugandan caesarean operation that appeared in the Edinburgh Medical Journal in 1884, one author wrote:

“The whole conduct of the operation, suggests a skilled long- practiced surgical team at work conducting a well-tried and familiar operation with smooth efficiency.