There have been several pornographic actors and actresses who have publicly shared their experiences of leaving the adult film industry and finding faith in Jesus Christ. These individuals have shared their stories of overcoming addiction, abuse, and other personal struggles through their newfound relationship with God. They have also spoken about the negative impact that their involvement in the adult industry had on their lives and relationships, and have used their experiences to encourage others to seek help and support.

Below are 10 Pornst*rs Who Gave Their Life to Christ after years of living in sin. 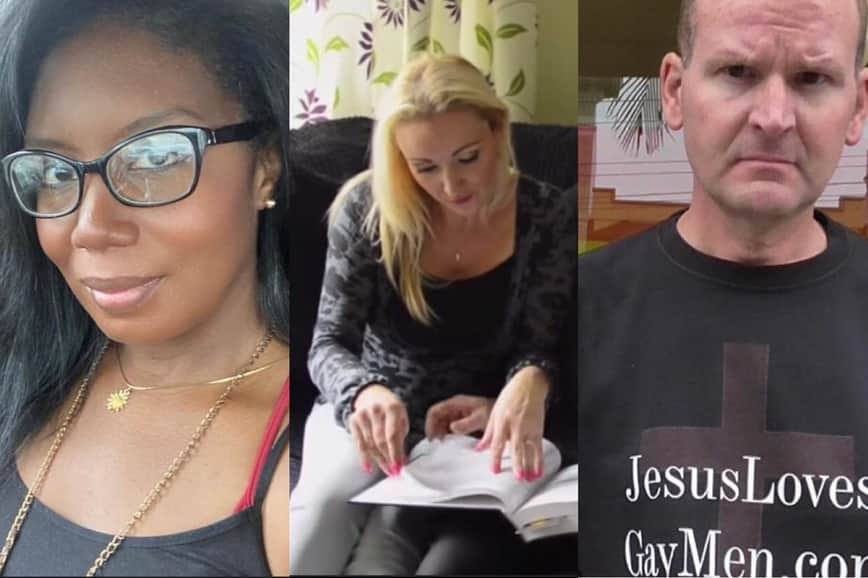 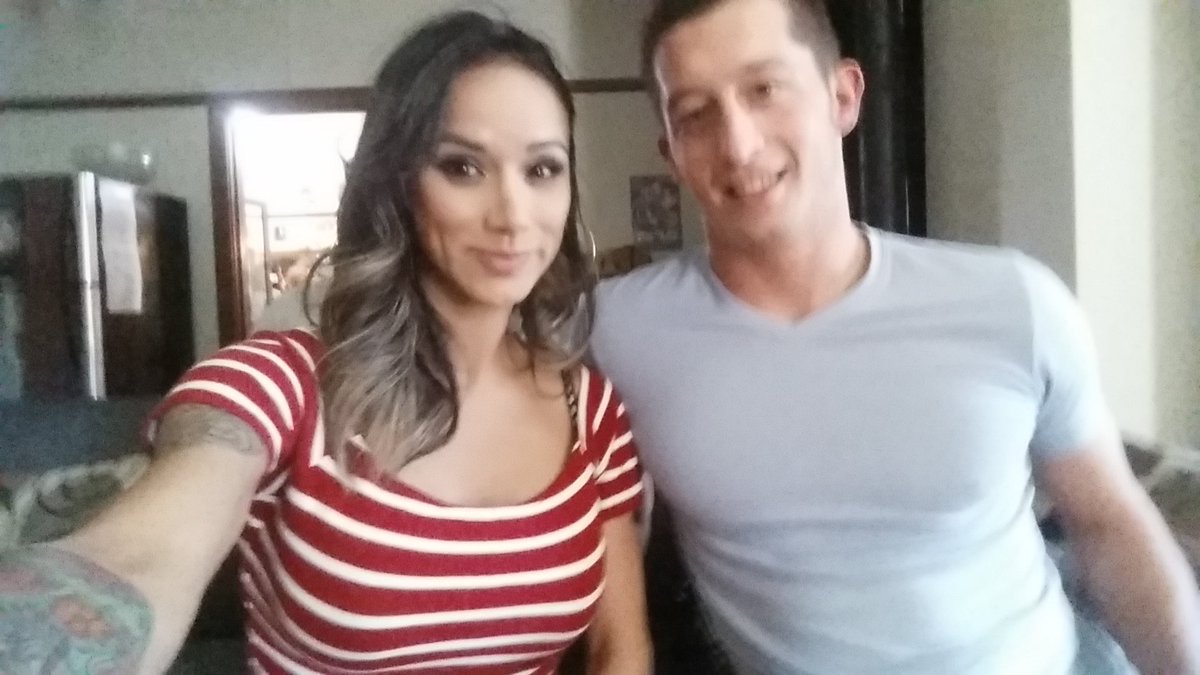 She started living a regular life, with a regular job. However, an expensive lifestyle that she had lived led her to go back to shooting, from there she got an opportunity to work at the Bunny Ranch, a legal whore house.

After a brief stint at her new job she again realized her mistake and then cried back to God again, and according to her, he answered her prayer the next morning.

Nadia now shares her testimonies of the love Christ has given her and she is now able to give to others. 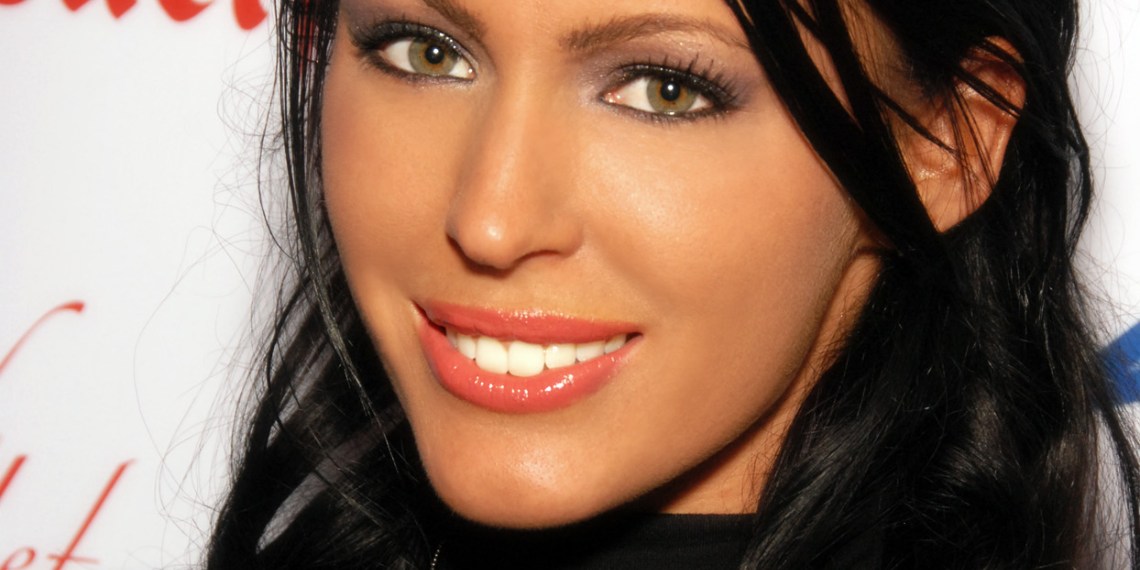 After seven years of filming sex scenes sometimes up to three times a day, Presley’s life fell off the rails as she descended into alcohol, drugs and depression. While she was at a p*rn set, she met members of the anti-porn & XXXChurch at a convention. (A group Known for crashing p*rn sets and conventions to hand out Bible’s titled, ‘Jesus Loves P*rn Stars’) the XXXChurch managed to convince Presley, whose real name is Brittni Ruiz, that she should choose God over a career in the xrated industry.

“The devil wanted me back, but God kept tugging at me,” Brittni says. “The devil had a plot, but God has a plan.”

Relieved to have left her life in pornography behind, Ruiz said, ‘I never found love in my life and was looking for it in all the wrong place. I have finally encountered the unconditional love of God, And I will never go back.’ 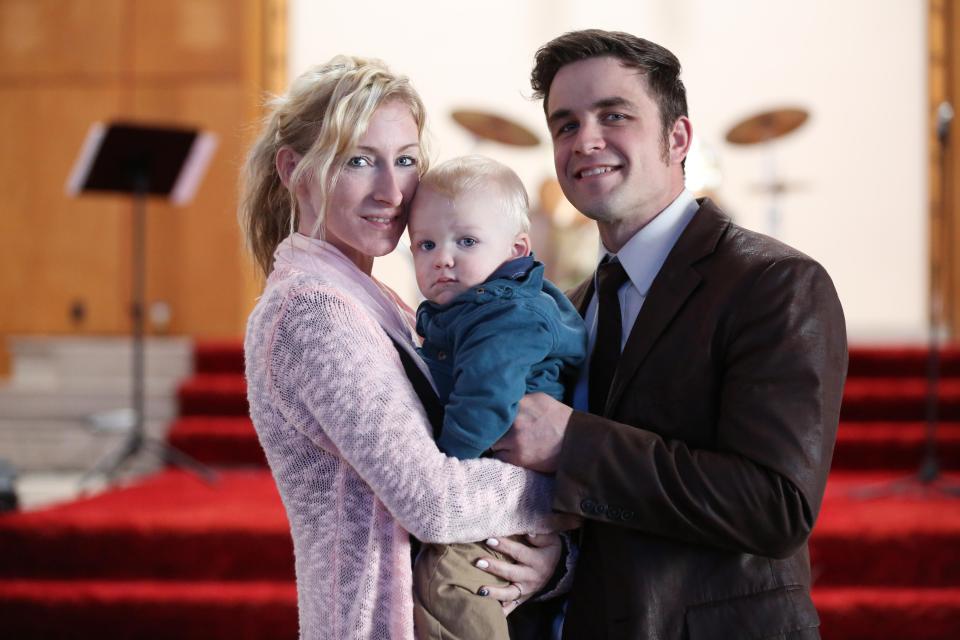 At the top of her game Crystal bassett, who has featured in more than 100 films, was earning nearly £250,000-a-year.
She was living in a mansion, driving flash sports cars and even owned her own nightclub – called Club Crystal.

A nasty car accident in May 2014 and abusive relationship made Crystal see the world differently, and she eventually found God.

Crystal eventually moved away from the xrated industry and married a Christian pastor David Bassette in December 2014.
After shunning the world of adult acting, Crystal trained as a paralegal at college – and then as a pastor.

She and David have now founded their own church, called New Beginnings Christian Life, in Fulton, New York. 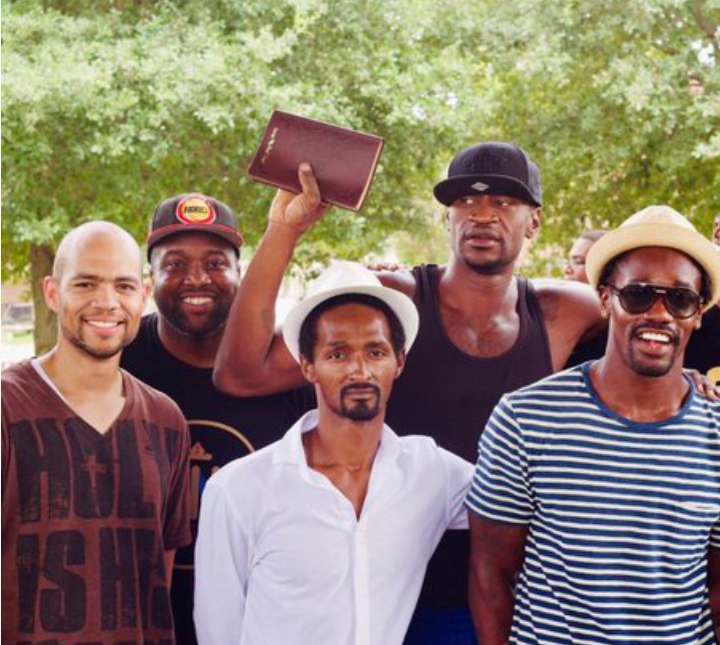 Life is a tincture of controversies. George Floyd, a Black American, died in a poorly acted arrest attempt on May 25, 2020, when Derek Chauvin, a white policeman, knelt on his neck for about nine minutes, in Minneapolis, Minnesota. And while a few of his last words, “I can’t breathe” have become an international mantra against those who have volunteered to snuff out the breath of equality, Floyd’s personal life remains swallowed in obscurity.

Some events, like his death, may stand out with undeniable motives, but when all the events in someone’s life are thrown together, we see that every human life is an intricate mass of controversy.

However, in all of these controversies, what we know for sure is that a man has been murdered, whether he is a saint or a sinner. 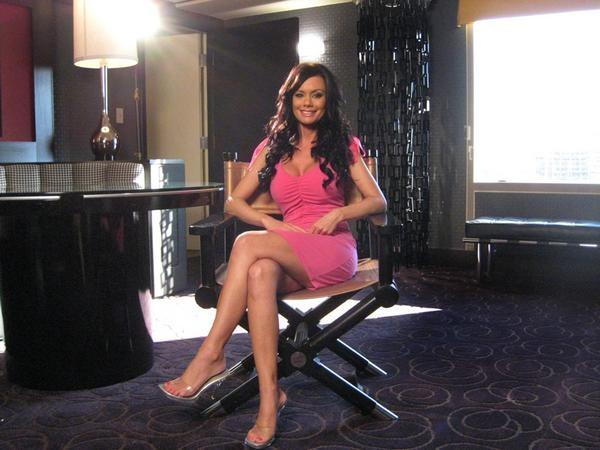 Crissy Moran is a former American adult film actress. She began working in adult entertainment in 1999, and between 2001 and 2006 had performed in over 50 adult films. In 2006 though Crissy Moran she was arrested by the holy spirit.. Moran quit her gig in the adult industry and became a devout Christian.

Crissy Moran didn’t stop at giving her life to christ, after converting she began speaking about her experiences in the adult industry and appearing in national media projects addressing what she considers “the harms of adult movies”; associating adult films with human sex trafficking and the exploitation of women and children. Crissy has also helped other women transition out of the sex industry. Her story has been featured in a number of publications, films, documentaries, and, most recently, a TV mini series.

Crissy shares her story at conferences, universities, churches, and community groups throughout the United States and abroad. 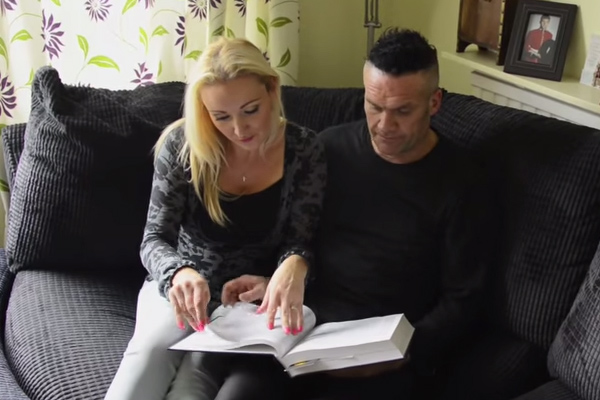 Carey entered the adult film industry when she was 17 after she flew to America because of a beauty pageant she won. Along the way, she was introduced to the industry and after several years of feeling the tug from God, an experience with Jesus himself helped her give up the life in the adult industry for good. Now Carey spends her days sharing her testimony with universities and studying the bible. Wherever she speaks she hangs signs that read “P*rn Again Christian” or “50 Shades of Grace.”

Today she is a successful Christian author and has released two books, ‘God’s Plan for My Life – What is it?’ and a book of hymns called ‘Rhapsody! In The Name Of Jesus! 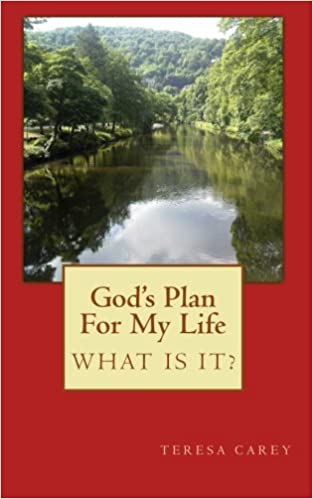 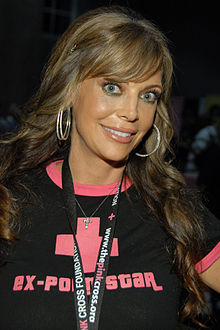 Shelley Lubben is another ex adult film star who found redemption in God. In the adult film industry Lubben used the stage name “Roxy” and was highly active in the industry, however after quitting the industry she became a born again Christian, was ordained Chaplain with the Order of Saint Martin and dedicated her life through the now defuncnt Pink Cross Foundation she established with her husband, Garrett, to help adult film stars get out of the industry.

Lubben passed away on February 9, 2019 in Springville, California at age 50. 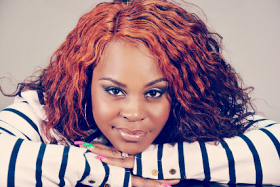 One night she accepted a client who turned out to be a psychopath. He kept her locked up for three weeks and raped her whenever he wanted.

And he told me over and over again, ‘I’m going to kill you. You are not leaving here.’

“And I believed it. I knew that I was supposed to die. And every day I got weaker and weaker to the point where I just gave up. I collapsed to the floor. And I wept and I wept. I lay there and I cried so much that I couldn’t speak. And I got my words together and I said, ‘Lord, if you get me out of this I’ll change my life for you. Don’t let me die like this. Not like this.’ 19 years old. He had to get me to that point to show me that ‘I’m God. I’m still God. It’s me and you.” And at that very moment I got my salvation.”

While in captivity, a man overheard her crying and helped her escape.

She immediately severed her relationships with all her friends and acquaintances in the adult film industry and started going to church. Surrounded by new friends, Danielle’s life began to change.

Danielle is now in ministry full time sharing the love of Jesus Christ. After a career as an adult star under the name Barbie Bridges, Melissa Scott married a 70-year-old pastor, Doc Scott, and left the industry. When he died two years later, she took over his ministry in downtown Los Angeles.

When her past was brought to light, some insisted on her resignation, but others maintain that Scott’s story is a demonstration of the power of faith and the redemption which is available.

Melissa Scott continues to head University Cathedral in Los Angeles and her sermons are best sellers on the Christian lists. 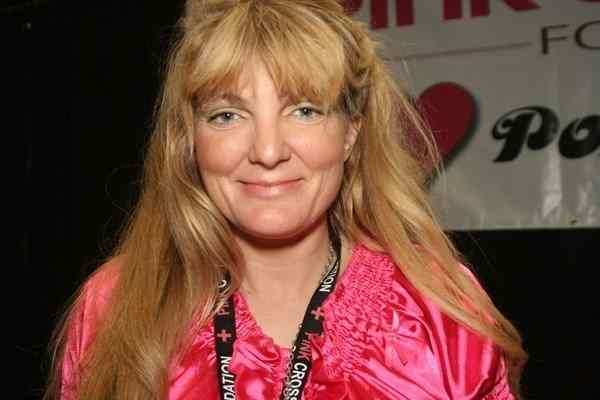 April Garris is another adult film actress who turned to God after a six month stint in the industry in 2001. During that time she made around 20 films before her deteriorating mental state and drug dependence made her seek help.

She is a vocal critic of the industry from both a religious and practical lifestyle perspective, citing the prevalence of drug and alcoholism together with lax healthcare protection standards, particularly in respect of HIV and other STDs. 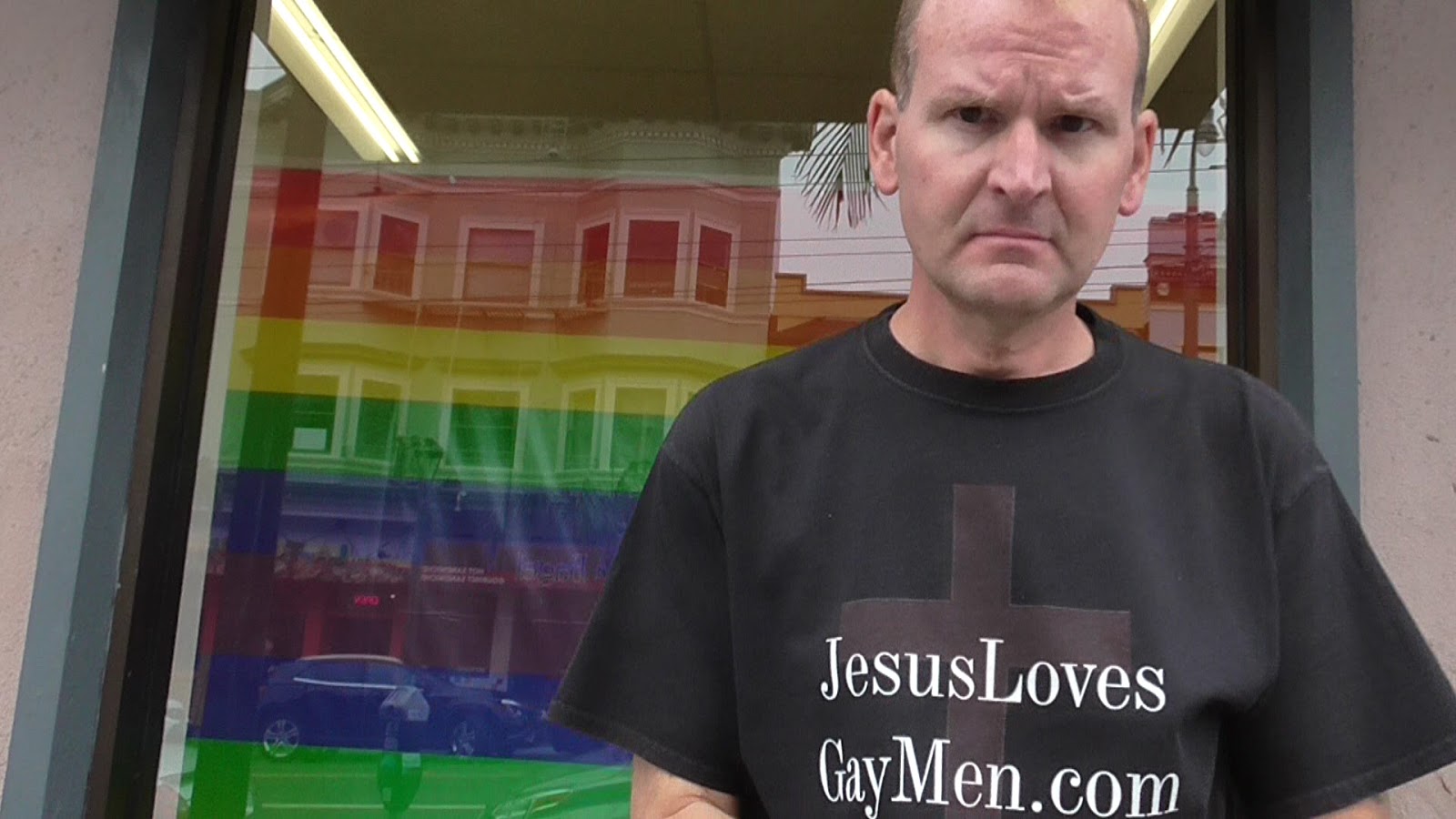 Throughout the 1990s, Joseph sciambra lived around the homosexual culture of the Castro District, California; offering him rare insight into the daily lives and struggles of many gay men. Later, he became an amateur adult film actor and escort.

In 1999, following a near death experience, Joseph returned to the Love of Lord Jesus Christ and the Catholic Church. 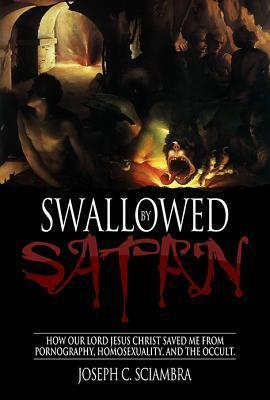 Since then he has written extensively concerning the real-life issues of adult movies, homosexuality, and the occult. 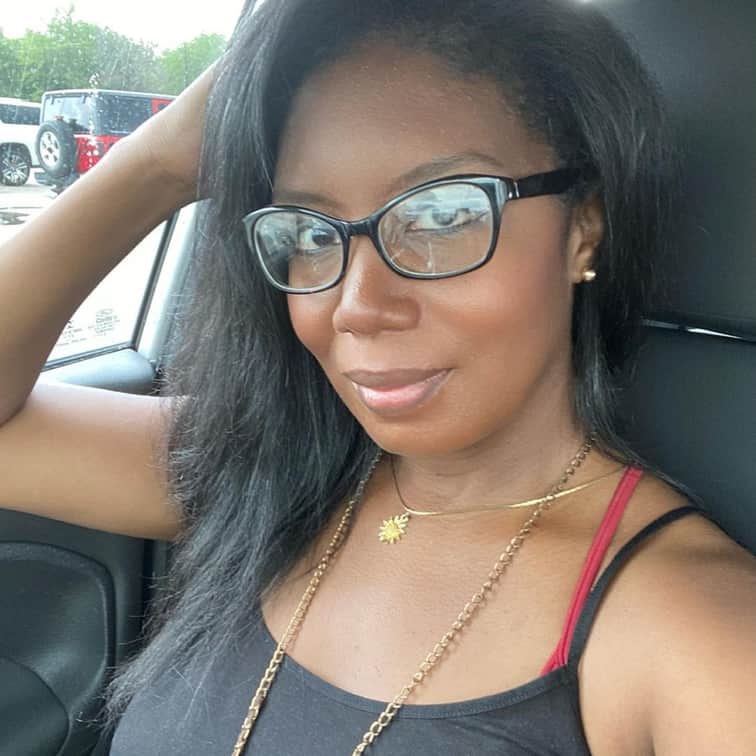