The Problems And Legacies Created By Colonialism For Africa

Colonialism left many problems and a bad legacy for Africa and such problems still have to be addressed for Africa to move forward in all aspects. 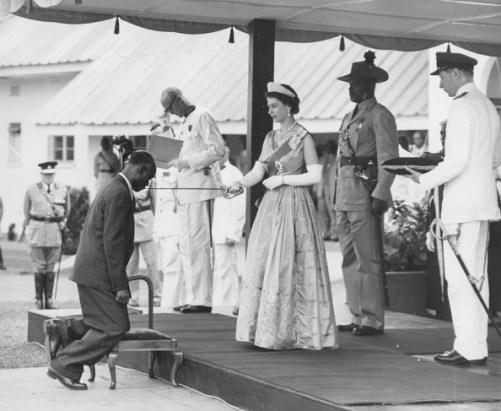 ​
​Some of the problems that African countries experience up to this day – especially sub-saharan Africa – are a result of the negative impacts of colonialism. In order for Africa to progress, problems created by the colonial system have to be addressed. The fact that Africa is still grappling with certain problems is not entirely attributed to the repercussions of colonialism, but colonialism problems still exist and they have to be addressed.
The period after many African countries attained their independence was not an easy sail, as the reality soon dawned on the African populace that flag independence does not necessarily entail economic independence too. It was such a rude awakening and ever since the problems have been addressed and solutions proffered; at times with considerable amount of success and at others with little to no success at all. The problems created by colonialism can still be felt in the political, economic and socio-cultural contexts.

In the political aspect, a flawed legacy was left behind. When former colonies emerged as independent states, they found themselves comprised of various tribes, ethnicities, social structures and cultures that were emotionally distant from each other. These were weak political entities, which lacked the muscle to flex their absolute sovereignty because of the complexity in social structures and cultures.

Creating nations and states with such a vast array of diverse people proved extremely an uphill task for the nationalists. The citizens of these nations and states were naturally oriented to their sub-groups such that it inevitably led to acrimonious relations between the peoples. This subsequently led to many civil wars, some which are still in existence up to this day. The fragmenting impact of colonialism cost Africa dearly in terms of achieving unity. The Biafra War in Nigeria was a result of this, as such a populous country was composed of at least ten major ethnic borders within its borders. The threat is latent, and could explode any time.

Colonialism in its raw nature was to ensure that the colonialists had vast economic superiority over the Africans. Hence, the negative impacts of colonialism on the continent of Africa are very palpable in every sphere of life. Colonialism created a dual-economic system in Africa, but one was disarticulated and grossly repressive. There was the village subsistence economy which met the local needs and the modern one which met the needs of international commerce. This has had the impact that in contemporary Africa, states produce what they do not consume and consume what they do not produce Cash crop-based, mono-cultural economies, foreign orientation and dependence and fluctuations as well as vulnerabilities constitute the essence of national economies. The loss of control of production to foreigners, the external orientation of the economy and the manipulations of the international economic system has contributed to the destruction of Africa’s pre-colonial self-reliance.

In pursuit of its economic interest colonialism fused political and economic relationship into one. Colonialism established the state as the source of economic development, which was later transformed by African leaders into arena for managing and manipulating political (class) conflict. This view is close to the idea of a state as a parasite that extracts resources from society not for purposes of social reproduction, but to sustain the political elite. The mercantilist ethic inherent in colonialism also encouraged the introduction of commercial, together with a money economy.

Western trade brought with it the profit motive, which is the basic goal of the capitalist system, encouraged the idea of competition, which fostered individualism, but destroyed the classless nature of African society. Among the Ibos in Nigeria and Creoles in Sierra Leone, African merchant elite emerged and this transformation led to a new commercial practice distinct from what existed in the traditional African societies.

Another legacy of foreign rule is that it deliberately pursued a policy of uneven development in the colonies. Though the policy was deemed consistent to the dictates of colonialism, its enduring impacts are still common place in Africa today. In Nigeria and Ghana, the South developed at a pace faster than the North. In Sierra Leone the Aborigines were distinct from the returnees; while in Rhodesia, Africans lived in fears of perpetual white minority rule. This uneven and separate development and treatment engendered permanent mutual suspicions among the groups, encouraged the adoption of ethnic quota or balancing devise, and has complicated nation building efforts.

The history of colonialism can never be complete if one does not mention how the colonialists disintegrated African communities and societies and super-imposed their own rule. European culture, languages and their way of doing things penetrated the African society and led to what has been commonly referred to as the “colonization of the mind.” Colonialism also introduced selective educational opportunities. Today’s governments in Africa are now doing all they can to ensure that every child has equal access to education.

Colonialism has now disappeared from the continent but some of its problems are still haunting the continent and have to be addressed. Even Kwame Nkrumah in his book in 1964 realized that a better life for Africans would not necessarily follow political independence.