Top 10 Small But Incredibly Dangerous Creatures In Your Home

Some creatures may be small, but they are still incredibly dangerous…

This is not a list of the most deadly creatures, but rather it’s a list of those Small but very dangerous Creatures that Live With You In Your House.

10 Small But Incredibly Dangerous Creatures In Your House and those things that make them dangerous. 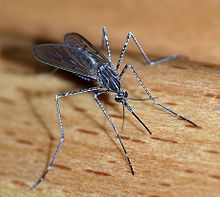 Also known as the most dangerous insect species on Earth, through their bites, this deadly insect causes more than 300 million cases of malaria annually, which results in between 1 to 3 million deaths. They can also carry dengue, elephantiasis, and yellow fever. 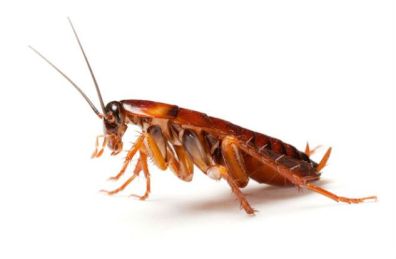 ​
One of the best known disease carrying bugs, cockroaches have been known to carry numerous disease agents that can be very dangerous to humans. And here’s a fun fact for you – they can live for months without food and water. This unhygienic bug can spread disease by contaminating human food with germs they pick up in latrines, garbage dumps, etc. they may play a supplementary role in the spread of some diseases e.g diarrhoea, dysentery, cholera, leprosy, plague, typhoid fever, and viral diseases such as poliomyelitis. These large blood feeding fly are known to cause Sleeping Sickness – a parasitic disease in people and animals that is caused by Trypanosoma, a protozoa transmitted by the tse-tse fly – The symptoms for sleeping sickness begin with fever and headache then a swell on the back of the neck. Afterwards, the victim may experience daytime slumber and insomnia. It could even lead to death afterwards. This very tiny bug are second only to Mosquitoes for their disease spreading properties.

Just like the mosquitoes and tse-tse fly, they feed on the blood of both animals and humans by attaching themselves to the skin. They can be difficult to remove and removal must be done carefully as they can leave part of their head behind causing serious infection. According to Wikipedia, hard ticks can transmit human diseases such as Lyme disease, Rocky Mountain spotted fever, tularemia, equine encephalitis, Colorado tick fever, African Tick Bite Fever, and several forms of ehrlichiosis. A centipede bite is an injury resulting from the action of a centipede’s forcipules, pincer -like appendages that pierce the skin and inject venom into the wound. Technically such a wound is not a bite, as the forcipules are modified first pair of legs rather than true mouthparts.

A centipede bite causes pain and swelling in the area of the bite, and may cause other reactions throughout the body. The majority of bites are not life-threatening to humans and present the greatest risk to children and those who develop allergic reactions.

A longstanding human parasite, while they may not cause excruciating pain or death, their bites can potentially lead to negative psychological effects and allergic symptoms. Although not typically thought of as dangerous, fleas transmit numerous diseases between animals and people and throughout history have helped facilitate things like the bubonic plaque. Found mostly in cracks in walls, tiles etc. The greatest risk these ants pose to humans is when they are swarming through homes. There are reports of humans being killed through suffocation (the ants will often enter the lungs of the person) and be entirely consumed. Rat bites and scratches can result in disease and rat-bite fever. Rat urine is responsible for the spread of leptospirosis, which can result in liver and kidney damage. ​
What makes this buzzing insect incredibly dangerous, is the way they live.

Flies perch on rotten food, dustbin, faeces, decaying animals and then fly straight into your home and onto your food. This insect are known to cause Shigellosis – Bacillary dysentery and other diseases causing diarrhoea
Salmonellosis – food poisoning, typhoid, paratyphoid and enteritis.

The Bloodwood Tree is a kind of hardwood tree native to southern Africa that releases a deep red sap which looks very similar to blood, when cut or damaged.
Read more

Located in Kenya, Kibera is notorious for being one of the world’s largest and most impoverished slums. There is no exact number for how...
Read more