​When it comes down to taking the lead in Africa, it’s not surprising to learn that Nigeria leads the rest of Africa in a lot of ways.

What’s surprising though are the various ways in which Nigeria does not lead the rest of Africa in.

Here are 10 Surprising Things Nigeria Doesn’t Lead The Rest of Africa In.

Corruption in Nigeria has being describe as an ubiquitous something. Its everywhere you go. Because if this so many people think Nigeria is the most corrupt country in Africa and will forever hold that title. Thats why this may come as a shock to you guys..

Surprisingly Nigeria isn’t the most corrupt country in Africa – Well we used to be, but not anymore. That championship belt now belongs to no other country than somalia. Source: transparency internation Its a known fact that wherever you go to in Nigeria, whichever street you enter, you must find atleast 2 churches, you can even find as much as 10 churches in a street.. Because of that I used to think we must be the most religious in not only africa but the world. But according to the chart above we aren’t.

We are number 9 in the world and number 7 in Africa.

There must be a msstake somewhere. Right?

For a country that is insanely populated and wealthy one would think Nigeria must definitely have strongest and most powerful military in Africa.. but it isnt. Our millitary is the forth most strongest in africa behind ethiopia (3), algeria (2) and egypt (1).

For a country that place so much emphasis on education you would think our education would be the best in Africa afterall we have both the funds and the minds that can make it happen. But on the contrary our education system may be said to be among the Worst in Africa..

Our elite know this, so they send their kids outside the shores of the country to get better education… Thanks government. Considering the number of independent newspapers, journalists and television stations we have in the country one would think there is a freedom of press, but according to this ranking, the reverse seem to be the case as we are ranked 32nd in Africa and have a world rank of 122.

Ok this one isn’t all that surprising presently the currently is beung ravaged by boko haram, kidnappers, fulani’s, ethnic, political and relugious crisis etc.

Compared to Nigeria’s 44, With a sychelles passport you have free access to 128 countries without a visa. 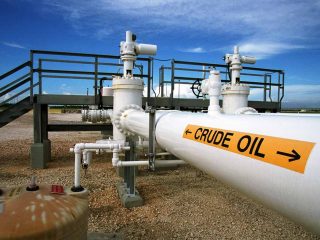 For a country that is irrationally dependent on Oil, this is one area in which one might reasonably expect Nigeria to be the hands-down leader in Africa.

Considering the fact that we have the biggest economy in Africa and an enormous concentration of natural resources both human and natural and a humongous number of business men within the country… One might rightly expect Nigeria to be have the highest number of wealthiest people in Africa.

But it doesn’t seem to be the case, as the country is ranked 3rd behind egypt and south africa.

Cocoa was a major foreign exchange earner for Nigeria in the 1950s and 1960s and in 1970 the country was the second largest producer in the world but following investments in the oil sector in the 1970s and 1980s, Nigeria’s share of world output declined. and since then ivory coast and Ghana have regularly pummeled us in this area—currently producing roughly double the output of the US in any given year.