Archaeologists have unearthed 2,000-year-old mummies with golden tongues placed inside their mouths in northern Egypt, the antiquities ministry says. 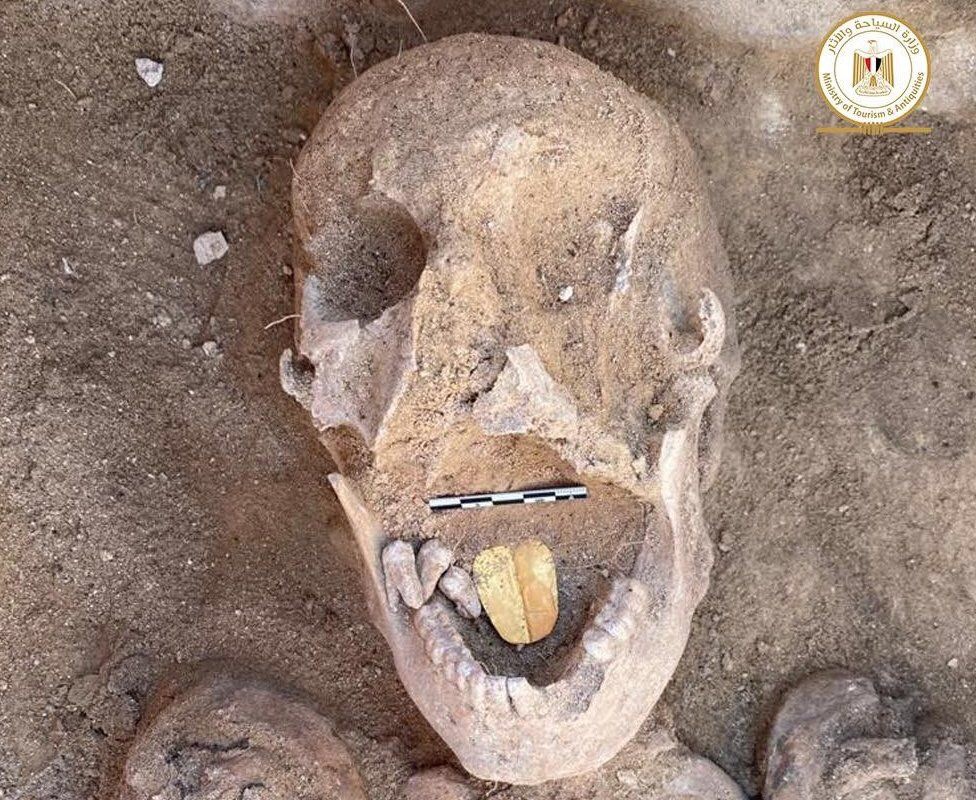 It is thought the dead were given gold foil amulets shaped like tongues so that they could speak before the court of the god Osiris in the afterlife.

Ancient Egyptians believed that Osiris was lord of the underworld and judge of the dead.

The god was also pictured in gilded decorations on the cartonnage – a material made of layers of plaster, linen and glue – that was partially encasing one of the mummies, lead archaeologist Kathleen Martinez of the University of Santo Domingo was cited by the antiquities ministry as saying.

The gilded decorations on the cartonnage around a second mummy’s head depicted a crown, horns and a cobra snake, she added. On the chest, the decorations depicted a necklace from which hung the head of a falcon – the symbol of the god Horus.

Khaled Abo El Hamd, director general of the antiquities authority in Alexandria, said the archaeological mission at Taposiris Magna had also discovered the funeral mask of a woman, eight golden flakes of a golden wreath, and eight marble masks dating back to the Greek and Roman eras.

The antiquities ministry said a number of coins bearing the name and portrait of Queen Cleopatra VII had previously been found inside the temple.

Cleopatra VII was the last queen of the Greek-speaking Ptolemaic dynasty, ruling Egypt from 51-30 BC. After her death, Egypt fell under Roman domination.

Previous article
Black Caesar: The African Chief Who Escaped a Slave Ship and Became a Notorious Pirate
Next article
Gregory Dow: US Missionary Jailed for Abusing Underage Girls at Orphanage he Founded in Kenga