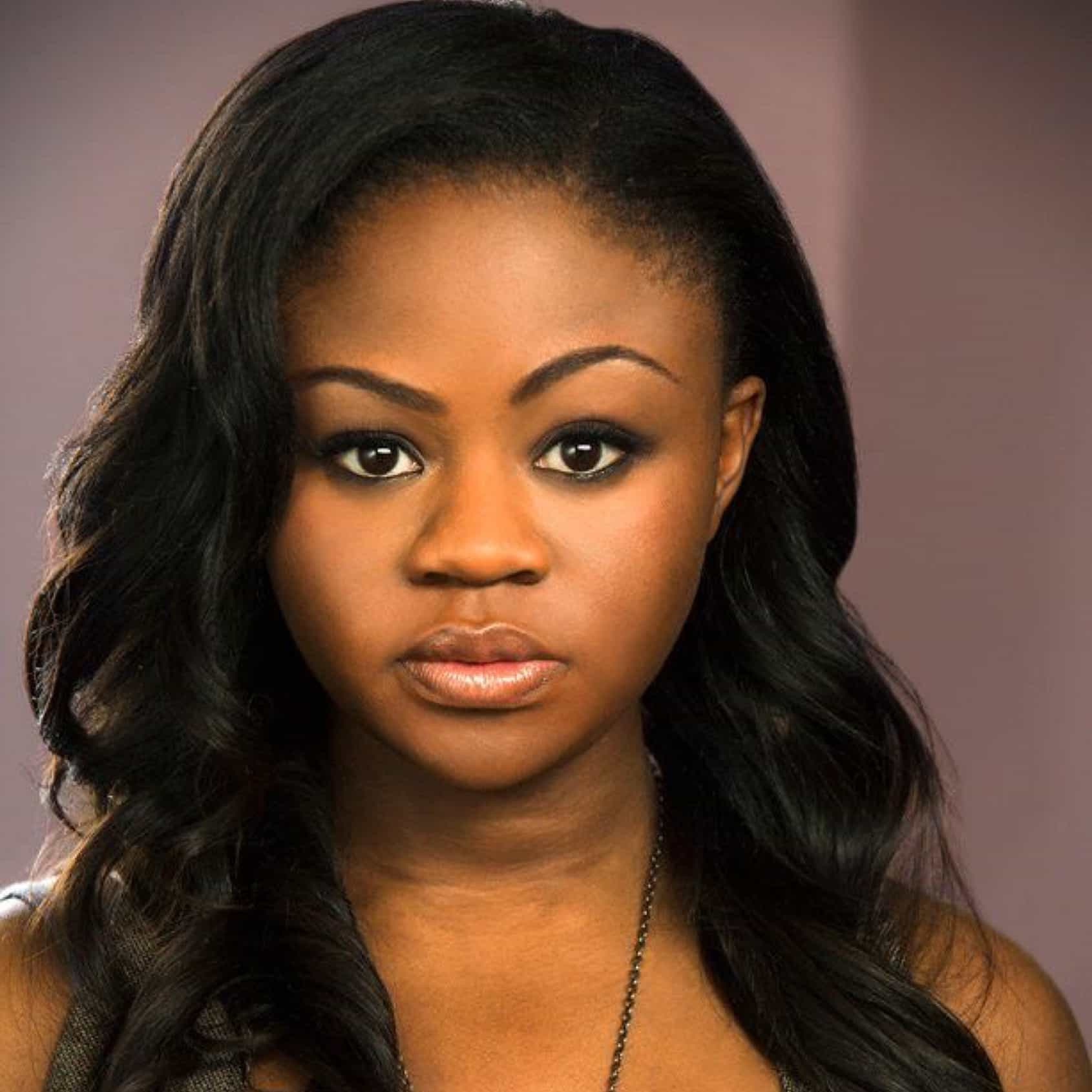 Hollywood actress, Hope Olaide Wilson is from the Yoruba part of Nigeria. She moved to the United States in 1996, and has featured in Tyler Perry’s movies ‘I Can Do Bad All By Myself’, ‘After the Dark and Faith & Dreams’, Spenser confidential, amongst others. Hope speaks English, French, and Yoruba fluently. 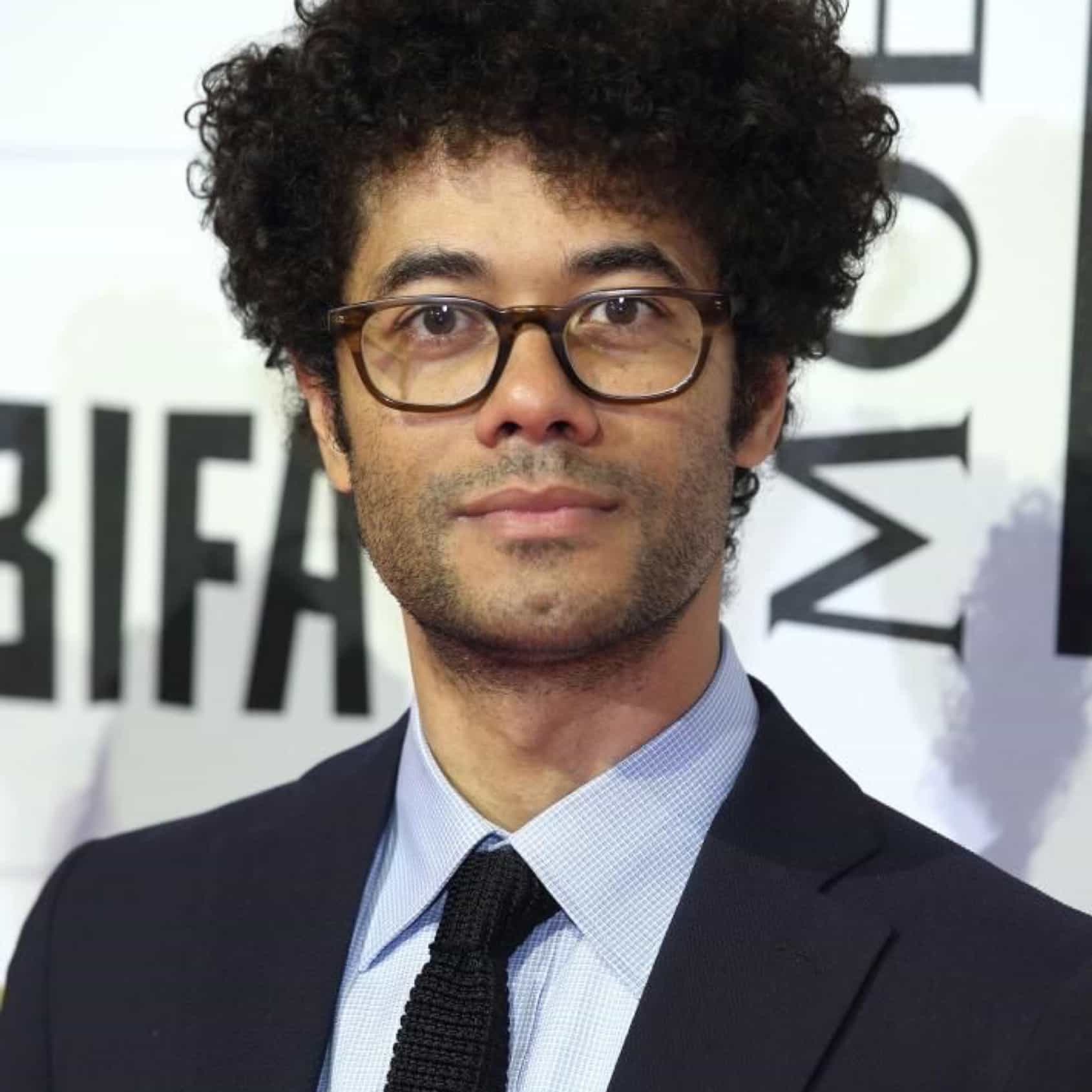 Richard Ayoade is a British actor born to a Nigerian father and a Norwegian mother. The comedian, actor and writer has written several award-winning stage plays in the UK. 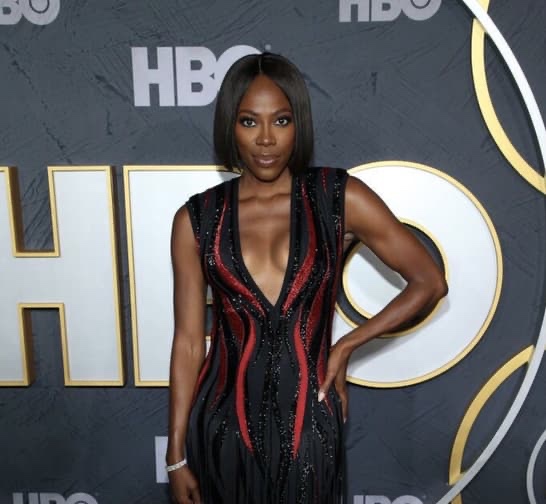 Yvonne Anuli Orji is a Nigerian-American actress and comedian. She is best known for her role in the television series Insecure, for which she was nominated for a Primetime Emmy Award. She also starred in Vacation Friends, a 2021 American buddy comedy film directed by Clay Tarver. 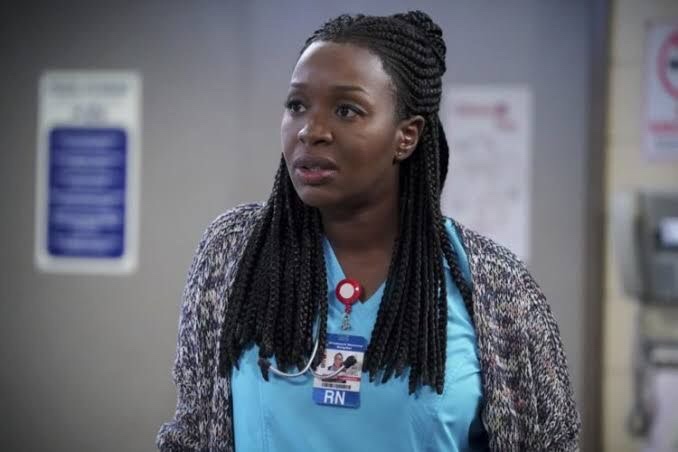 Folake Olowofoyeku is a Nigerian actress and musician. She currently stars in the Chuck Lorre’s CBS sitcom Bob Hearts Abishola. 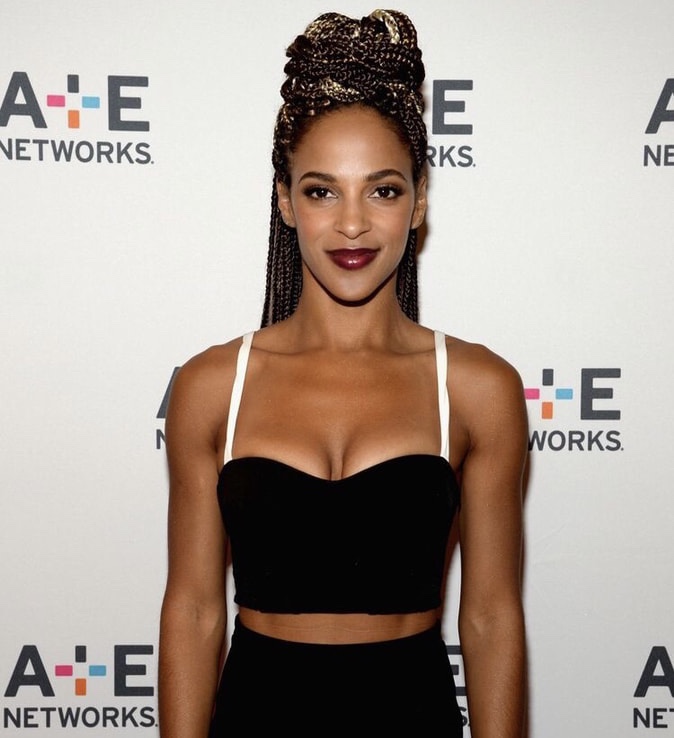 Ebubennem Megalyn Ann Echikunwoke also known as Megalyn E.K., is an American actress, known primarily for her roles in television and film. She was born in Spokane, Washington, to Mark Onigwe Versato Echikunwoke, a Nigerian father, and Anita Laurie. Her father, an immigrant to the United States, was a survivor of the Nigerian Civil War, during which he suffered gunshot wounds that resulted in him contracting hepatitis B.

Movies she has starred in include A Good Day to Die Hard, Electric Slide, The Meddler, Chips. Step Sisters, An Actor Prepares, Night School, late Night. Between 2001 and 2002, she also starred as Nicole Palmer, daughter of David Palmer, on the Fox series 24.

Born as Olubowale Victor Akintimehin to yoruba parents from Ogun State, Rapper Wale grew up in the USA. He is as popular in the states as he is in his home country and has done music collaborations with singers like Wizkid and Olamide. The superstar, Wale, last visited his motherland in Febrary 2016.

Hollywood actor, Kazeem was born in Lagos State and is a native of Ogun State. He has featured in several hit movies such as ‘Hotel Rwandan,’ ‘X-Men Origins: Wolverine, ‘Pirates of the Caribbean,’ ‘At World’s End and many TV series including 24, and Criminal Minds. He has also featured in some Nollywood movies like ‘Last Flight To Abuja,’ ‘Black November’ and ‘Half Of A Yellow Sun.’ 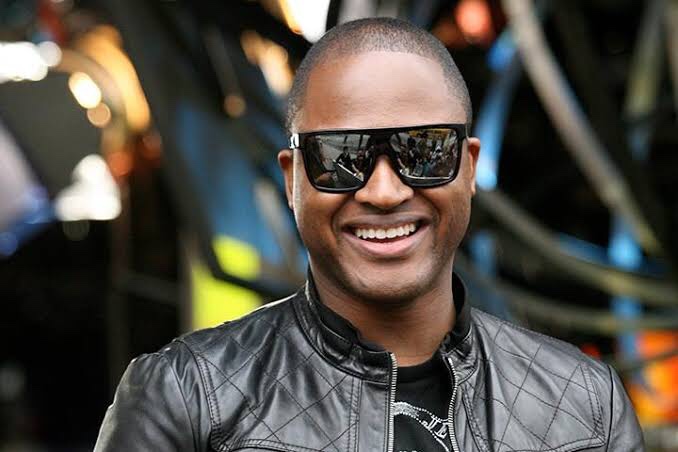 British Singer, Jacob Taio Cruz was born in London to a Nigerian father and a Brazillian mother. Born as Adetayo Ayowale Onile-Ere, the R and B pop singer adopted Taio Cruz as his brand name when he ventured into music. He was signed on a publishing deal at the age of 19 and has won several awards including the BRIT Awards, Billboard Music Awards, ASCAP Awards and American Music Awards.

Adewale Akinnuoye-Agbaje is best known for his roles in ‘The Mummy Returns’, ‘Pompeii,’ ‘The Bourne Identity’, and in TV series ‘Lost’ and ‘Oz’. He was born in Washington, D.C to Nigerian parents and is fluent in Yoruba, Italian and Swahili, aside English language.

British actor Adetomiwa Edun was born in 1984 to a Nigerian father and a half-Ghanaian, half-English mother. Edun, who moved to the United Kingdom at the age of 11, has featured in movies like Slaves, Law & Order: UK, The Hour, Passengers. He is popularly known for his role in the TV series, Merlin, where he played ‘Sir Elyan’ and he became the second black in 2009 to play Romeo at the Globe Theatre. Tomiwa speaks English, Yoruba and French. 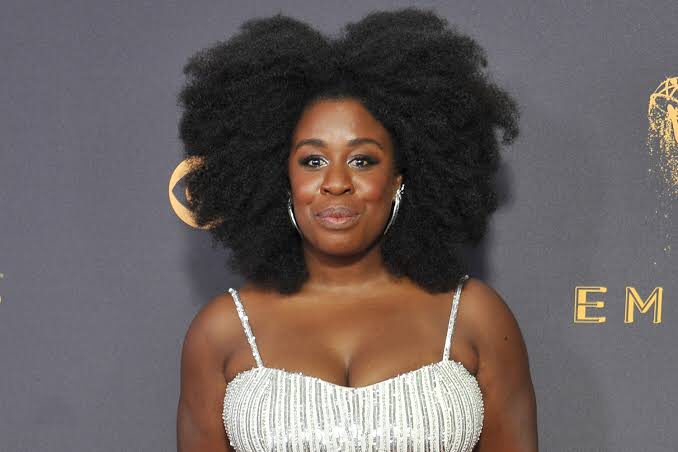 Uzoamaka Nwanneka “Uzo” Aduba is an American actress who is known for her role as Suzanne “Crazy Eyes” Warren on the television series ‘Orange Is the New Black’. Her parents are both Nigerians of Igbo origin.

Caroline was born in England to Nigerian parents. She’s best known for playing Sasha Williams in As If, and Elaine Hardy in Footballers’ Wives. Her other credits include The Shannara Chronicles, Aeon flux, Eragon. In recent years she has gained popularity as the main character in the Nigerian series The Governor.

Nonso Anozie is an English actor of Nigerian descent. Apart from movies, he was cast to play in the TV series ‘Game of Thrones’ and ‘Dracula’. 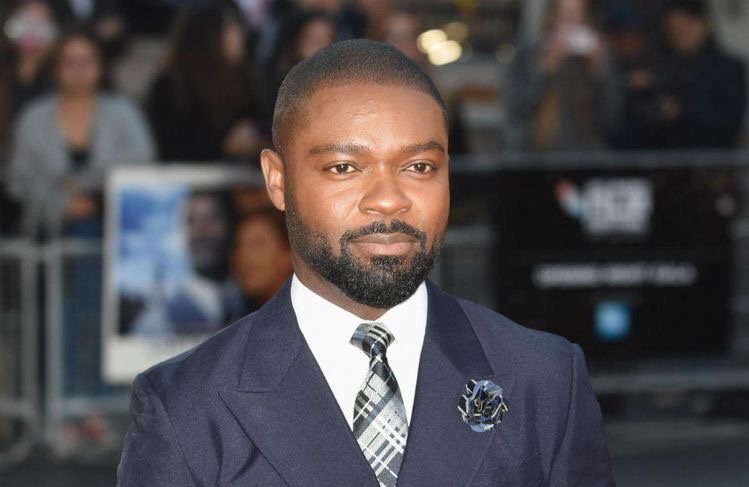 Oyelowo who was born in Oxford, Oxfordshire, England, to Nigerian parents, rose to prominence for portraying Martin Luther King Jr. in the biographical drama film Selma (2014) and Peter Snowdin in the HBO film Nightingale (2014), both of which garnered him critical acclaim. 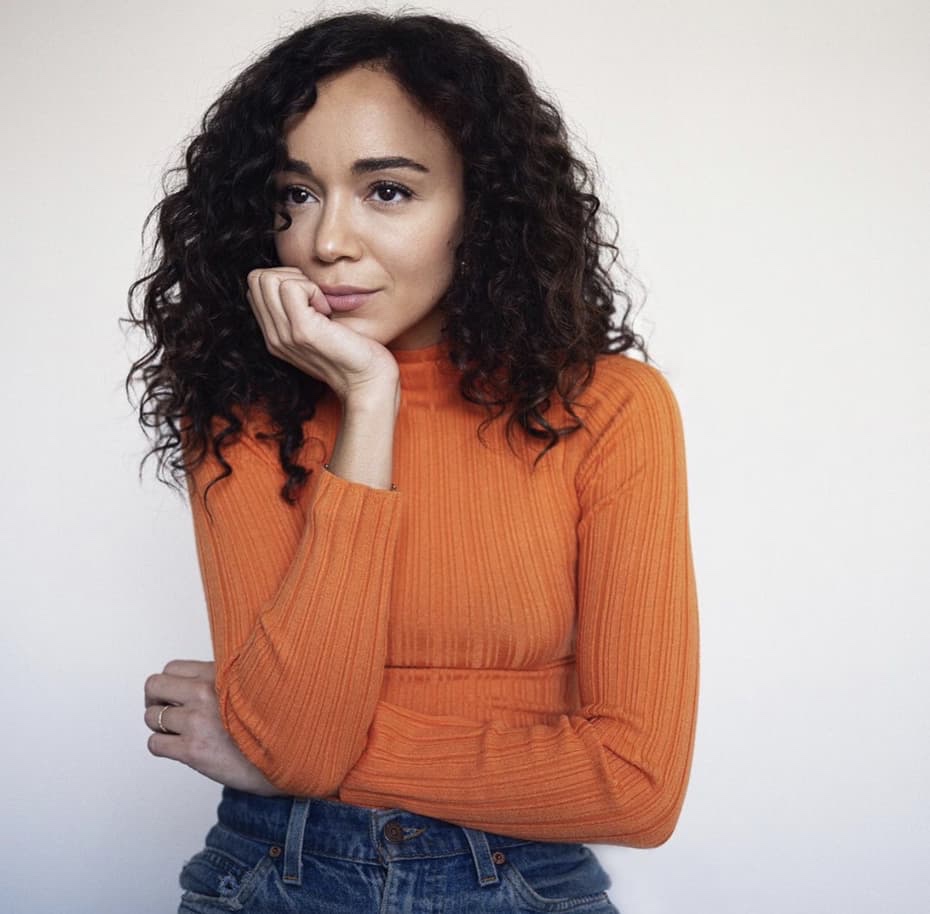 Ashley Madekwe is a British actress. She is well known for her roles as call girl Bambi in the ITV2 series Secret Diary of a Call Girl, social climber Ashley Davenport on the ABC drama series Revenge and the witch Tituba in the WGN America series Salem.

Nnamdi Asomugha is an American actor, producer and former football cornerback. Asomugha made his professional acting debut in 2008 on The CW Network sitcom The Game. His other movies include sylvies love, Hello, My Name Is Doris Shaka, Crown Heights and beast of no nation. He also worked as executive producer on the Netflix film Beasts of No Nation.

Dayo Okeniyi was born and raised in Lagos before he later moved with his family to the United States. The actor is popularly known for his roles in ‘The Hunger Games’ and ‘Terminator Genisys’. 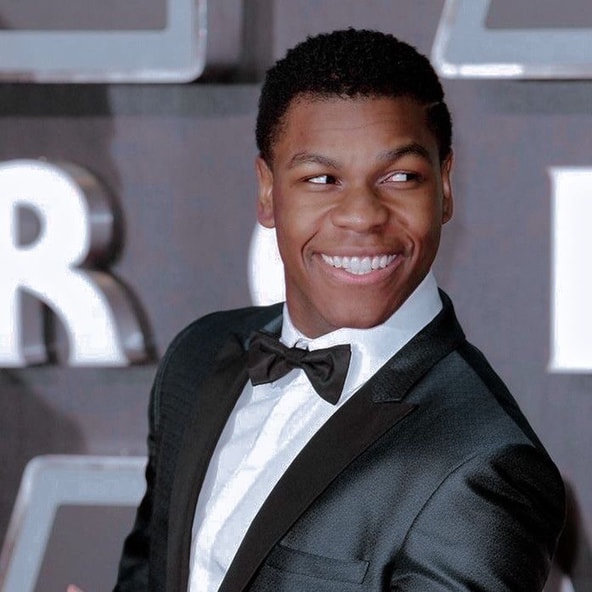 John Adedayo Bamidele Adegboyega whose parents are both Nigerians, is an English actor and producer. He first rose to prominence in Britain for his role as Moses in the sci-fi comedy film Attack the Block (2011). His international breakthrough came with his role as Finn in the Star Wars sequel trilogy films The Force Awakens, The Last Jedi, and The Rise of Skywalker. 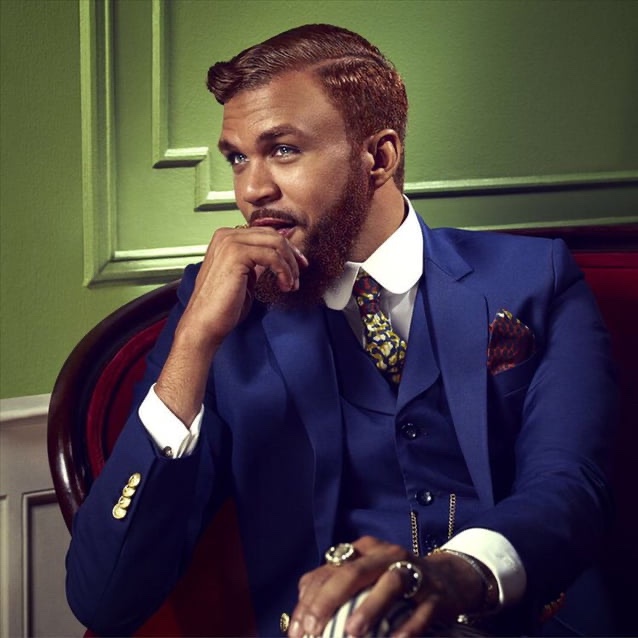 Jidenna Theodore Mobisson, better known as Jidenna, is an American rapper and singer best known for his songs “Classic Man” and “Bambi”. 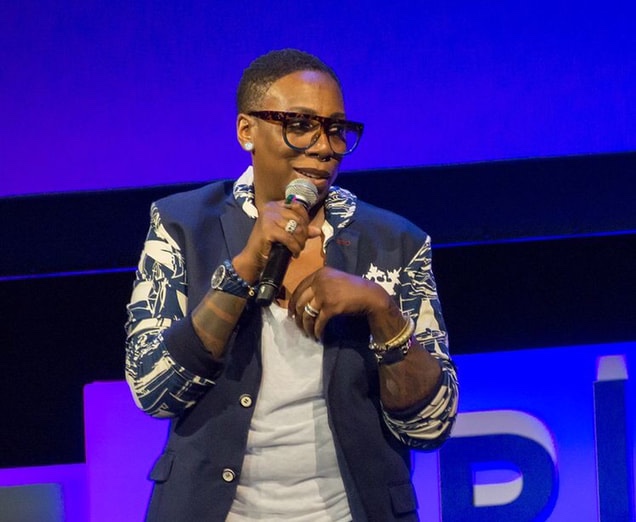 Regina Obedapo “Gina” Iyashere is a British comedian who has made many appearances on British and American television. Yashere appears in a supporting role on the 2019 Chuck Lorre CBS sitcom, Bob Hearts Abishola, which Lorre created with Yashere. Yashere writes for the show and plays Folake Olowofoyeku’s character Abishola’s best friend, Kemi.

Ann Ogbomo is a Nigerian-british actress who played the Amazon warrior Philippus in the 2017 films Wonder Woman and Justice League. In 2018, she starred as Jayna-Zod in the SyFy series Krypton. 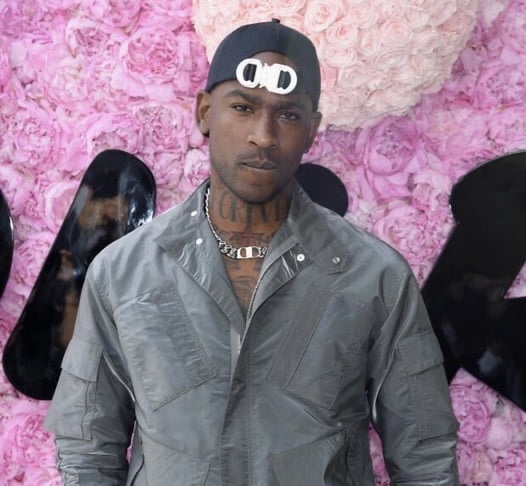 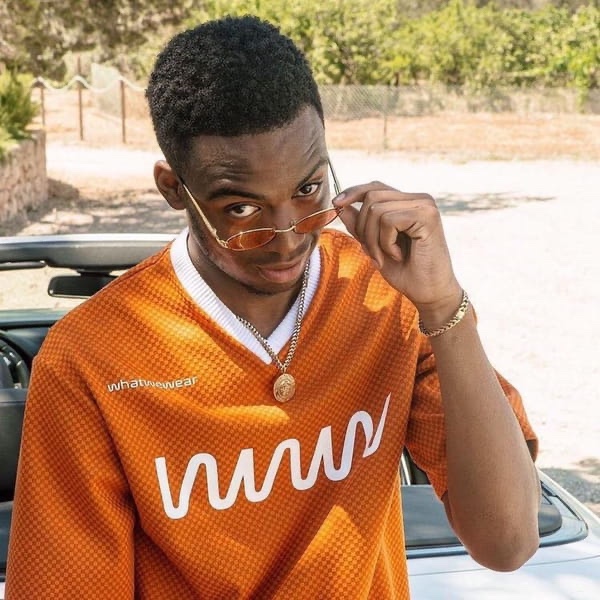 Lukman Odunaike better known by his stage name Not3s, is a British-Nigerian singer-songwriter, rapper and actor from Hackney, London. His songs include, “My Lover” (Mabel remix) and “Fine Line”, both of which are collaborations with Mabel. 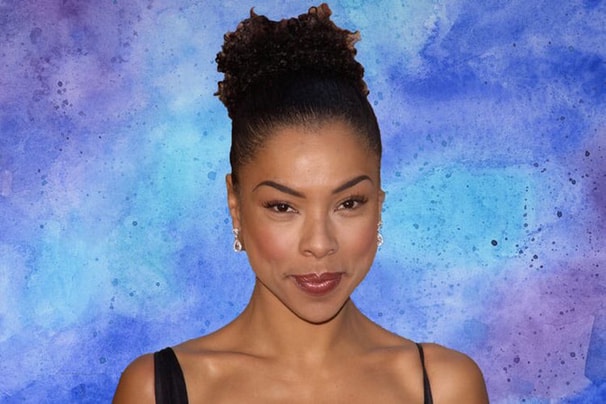 Sophie Okonedo CBE the daughter of a Jewish pilates teacher and Henry Okonedo a Nigerian, is an English actress and narrator who began her film career in the British coming-of-age drama Young Soul Rebels (1991) since then she has gone on to appear in films such as Ace Ventura: When Nature Calls, Dirty Pretty Things, hell boy, hotel Rwanda. For this role, she became the second Black female Briton to receive a nomination for the Academy Award for Best Supporting Actress.

Giannis Sina Ugo Antetokounmpo is a Greek professional basketball player for the Milwaukee Bucks of the National Basketball Association (NBA). He possesses multiple citizenship (being both a Greek national and a Nigerian national).

Bukky Bakray is a Nigerian-British actress and writer. She is known for her breakthrough debut role in the 2019 coming-of-age drama film Rocks. At 19, she became the youngest BAFTA Rising Star Award recipient as well as one of the youngest Best Actress in a Leading Role nominees. 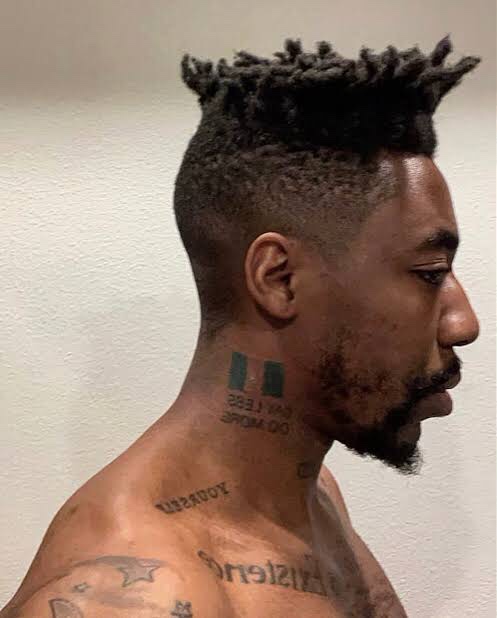 Daniel Nwosu Jr. better known by his stage name Dax, is a Nigerian Canadian rapper, singer, and songwriter. Known for his freestyle remixes to hit rap songs, he rose to fame for his official music video of his song “Cash Me Outside” featuring Danielle Bregoli.

David Orobosa “Dave” Omoregie also known as Santan Dave, is a British rapper, singer, songwriter, record producer and actor. Dave has gained acclaim for his socially conscious lyricism and wordplay, and is among the most recognised British rappers.

He is the youngest of three sons born to Nigerian parents from Edo. His father, Frank Omoregie, is a pastor and his mother, Juliet Doris Omoregie, a nurse.

Cynthia Onyedinmanasu Chinasaokwu Erivo is an English actress, singer and songwriter. She is the recipient of several accolades, including a Daytime Emmy Award, a Grammy Award, and a Tony Award, in addition to nominations for two Academy Awards, two Golden Globe Awards, and a Screen Actors Guild Award.

Erivo was born to Nigerian parents in Stockwell, South London.

Olurotimi Akinosho known professionally as Rotimi, is an Nigerian-American actor, singer, and model who’s well known for his role as Andre Coleman on the Starz series Power.

Ejogo was born in Kensington, London, England. She is the daughter of a Scottish mother and a Nigerian father, Charles Ejogo. She is best known for her roles in such films as Metro, What’s the Worst That Could Happen?, Alex Cross, The Purge: Anarchy, Selma, Fantastic Beasts and Where to Find Them, It Comes at Night, Alien: Covenant, and Fantastic Beasts: The Crimes of Grindelwald.

Hannah John-Kamen is the daughter of a Norwegian mother and a Nigerian father. She is known for her roles as Yalena “Dutch” Yardeen in the Syfy television series Killjoys, Ornela in the HBO series Game of Thrones, F’Nale Zandor in Steven Spielberg’s Ready Player One, Ava Starr / Ghost in Marvel Studios’ Ant-Man and the Wasp, and the title character in Netflix’s mystery series The Stranger.

Olatunde Olateju Olaolorun professionally referred to as O.T. Fagbenle, is a British actor, writer, and director. He has appeared in several films, including Breaking and Entering, I Could Never Be Your Woman and black widow.

Previous articleGraça Machel: Meet The Only Woman in History to Have Married Two Presidents of Two Different Countries
Next articlePhillis Wheatley: the First Black Woman to Publish a Book

24 year old Uche Eke will represent Nigeria in the country’s debut in gymnastics at the Olympic Games in Tokyo, Japan.
Read more