Nigerians made a record at Howard University, with 46 of them among the 96 graduating medical students. Out of the 27 awards, Nigerians also won 16. 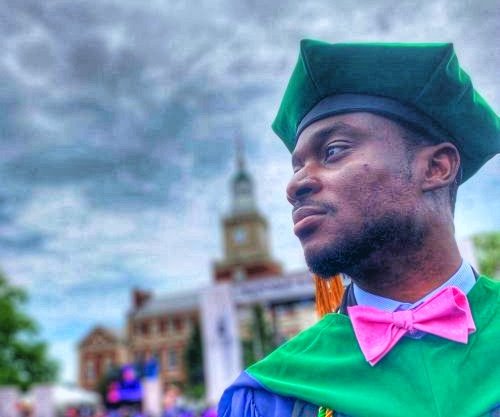 Howard graduates had a lot to be proud of at their graduation ceremony. However, the emphasis was not on the 96 graduating medical students, all focus was on an exemplary list of 46 Nigerian graduates.

Even more interesting is the fact that out of 26 awards of excellence that were given out at the institutions graduation ceremony, 16 were claimed by hardworking and well-deserving Nigerian student

Never before at Howard University or any University in the United States has this happened. These Nigerian student completely dominated the ceremony and made history.

It was gathered that the feat of academic excellence achieved by the student remains one that has never been recorded in Howard or any other university situated in the US.

The star of the graduating Nigerians was Olumide Olulade, who graduated first in his class in the College of Medicine.

As profiled by newsroom.howard.edu, Olulade followed the path to Howard through the example of family members. His brother graduated with a Howard medical degree in 2008. His mother graduated from the Howard University College of Pharmacy in the class of 1977.

He plans to pursue a career in interventional radiology.
“My mother is the reason I went to medical school. When I finished my Ph.D. and was working as a researcher, she got sick. I realized in that moment that I couldn’t help her at all. It was a turning point. I decided that I wanted to be able to be at the bedside helping people who get sick. I think research is amazing but I realized I wanted to be directly engaged in care.”

According to urbanintellectuals.com, former president Barrack Obama, who was a commencement speaker at the ceremony, spoke about race and encouraged students of color to always remain proud of their blackness and should also learn to love themselves.