An estimated 6.8 million Nigerians have slipped further into extreme poverty in just 12 months, according to the World Poverty Clock, bringing the total number of people living in extreme poverty to 91,885,874 people in Nigeria. 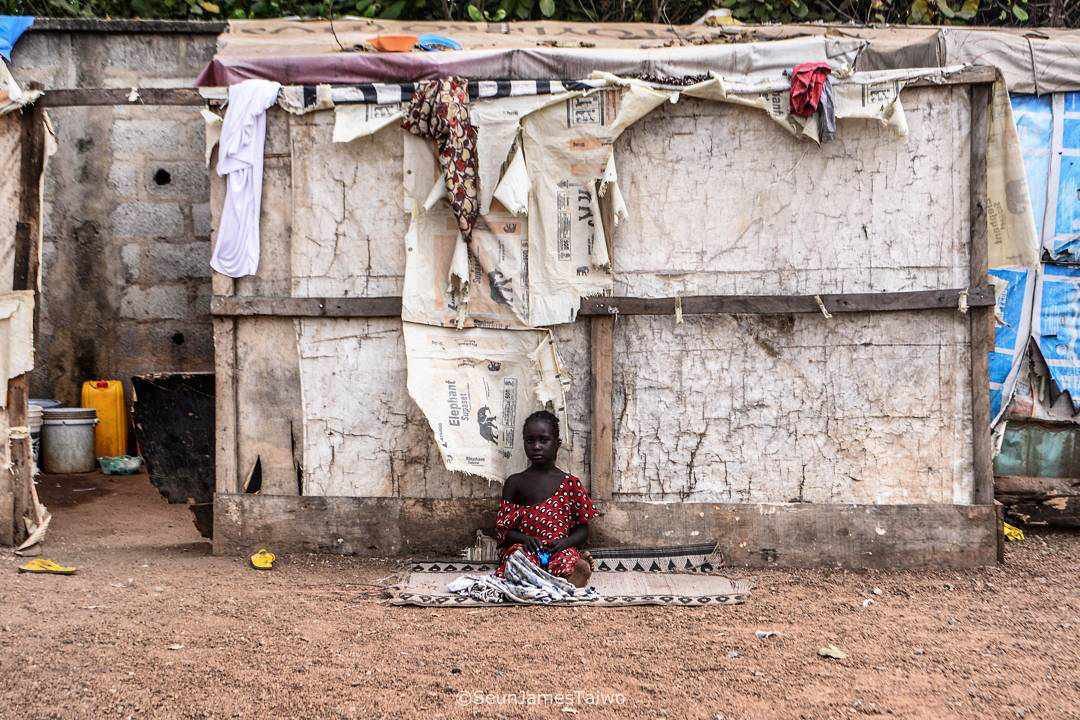 It was first revealed in June 2018 by the world poverty clock that Nigeria had overtaken India as the country with the highest number of people living in extreme poverty across the world, with an estimated 86.9 million Nigerians measured to be living on less than $1.90 a day (The President Muhammadu Buhari-led administration had rejected the statistics).

According to available data made available by the World Poverty Clock, that figure has increased to 93.7 million in June 2019.

Quick Facts: 4.5 Nigerians slip into extreme poverty every minute with 47.7% of Nigeria’s estimated 196.5 million people affected. This figure has risen from the 44.2% of the total population that was recorded in June 2018.
In its assessment last year, the World Data Lab noted that the outlook for poverty alleviation in Nigeria is weak, and that an estimated 120 million Nigerians are expected to slip into extreme poverty by 2030. 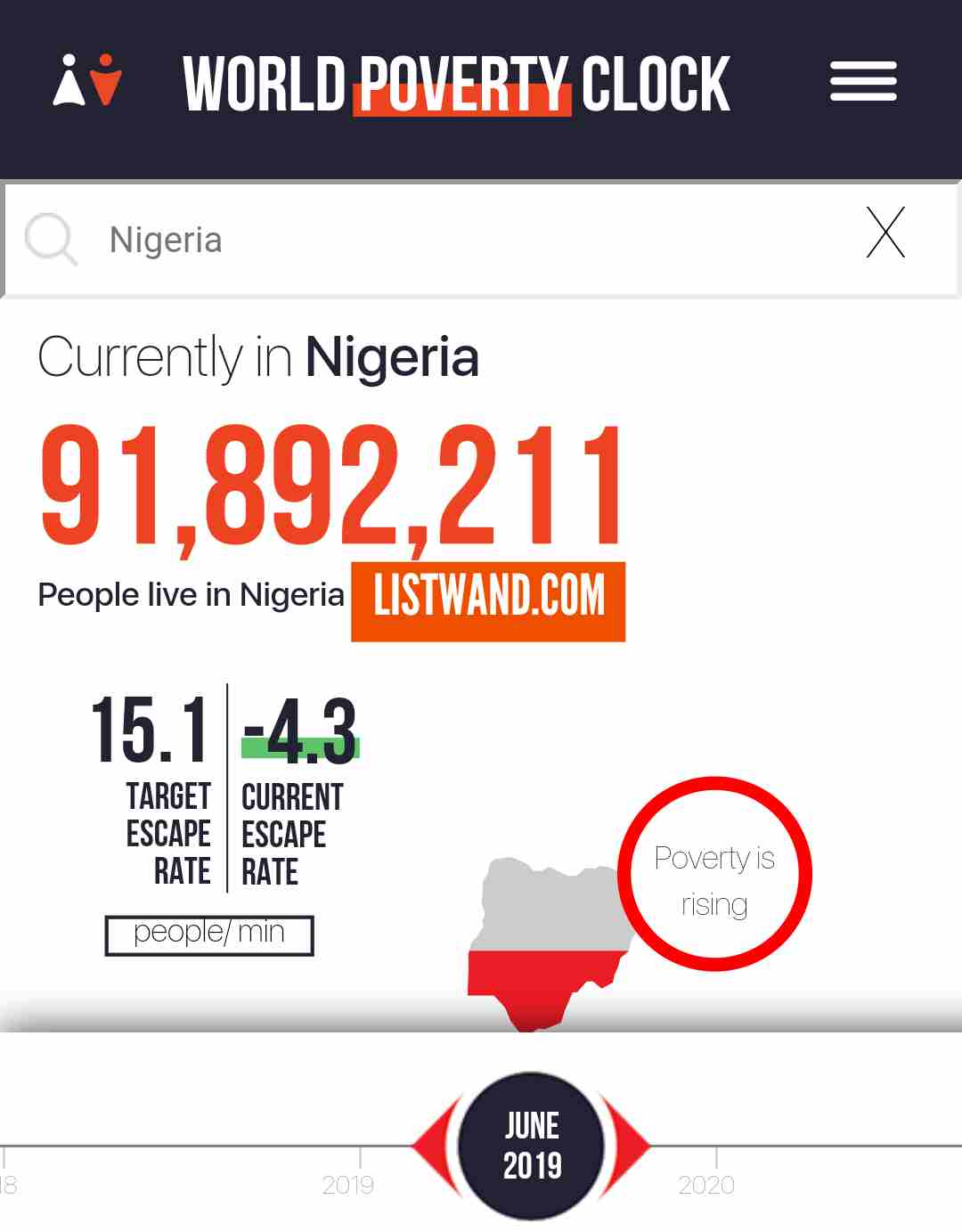 “If current economic trends persist, we forecast that between 2018 and 2030 real GDP growth (2.15% per annum) will be unable to keep up with population growth, resulting in an average annual growth of GDP per capita of less than zero,” the organisation noted.

According to its methodology, the World Poverty Clock uses publicly available data on income distribution, production, and consumption, provided by various international organizations, most notably the UN, World Bank, and the International Monetary Fund.

These organizations compile data provided to them by governments in each country. In the few cases when governments fail to provide data, the agency uses models to estimate poverty in affected countries. The agency’s data covers 99.7% of the world’s population.

For Nigeria, the general household survey (GHS) from 2012/2013 is used, rather than the harmonised Nigeria living standards survey, because it is more recent and believed to be of higher quality.

The agency notes that the challenges of estimating poverty in Nigeria stem from the fact that Nigeria is not a homogeneous country, especially with distinct differences in economic conditions between the south and the north. National averages conceal these differences and surveys are not sufficiently representative at the state level to draw firm conclusions.

The agency believes poverty has fallen over time along with economic growth in southern states, while it has been more stubborn in northern states but the differences cannot be factored into national level calculations.