The Wodaabe tribe is a small subgroup of the Fulani ethnic group. They are traditionally nomadic cattle-herders and traders in the Sahel, with migrations stretching from southern Niger, through northern Nigeria, northeastern Cameroon , southwestern Chad, and the western region of the Central African Republic.
Wodaabe tribe are well known for their elaborate attire and rich cultural ceremonies. 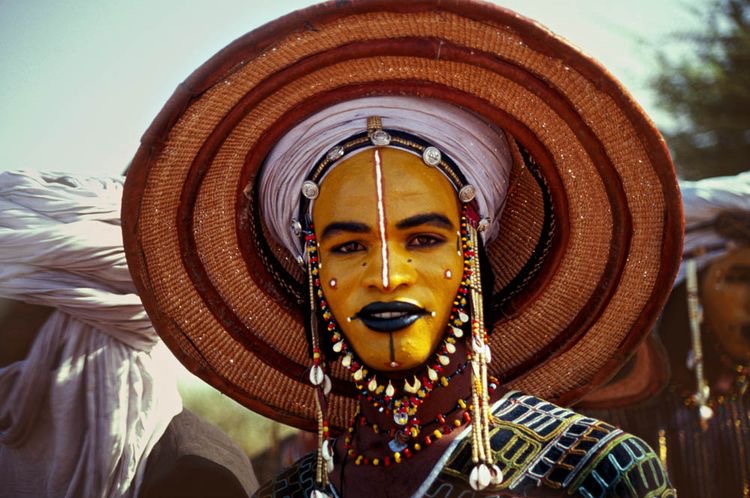 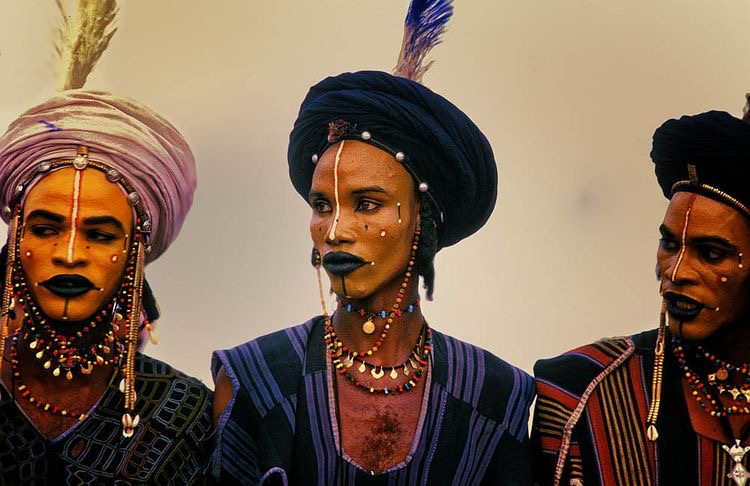 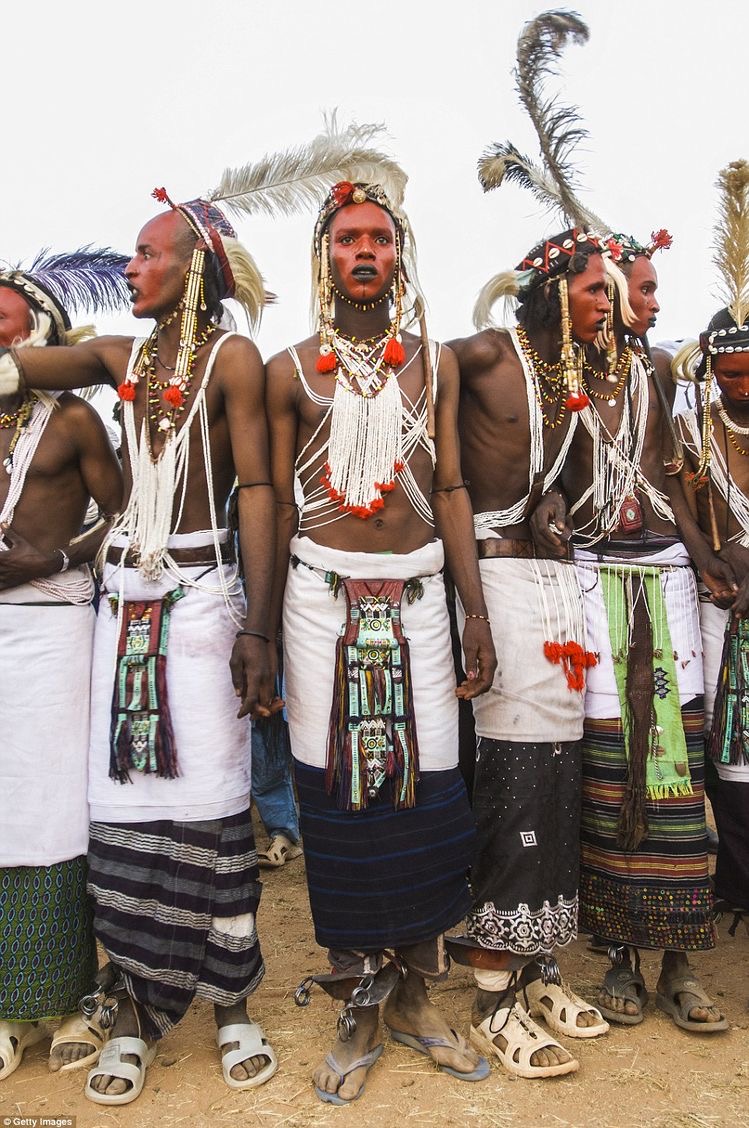 The males in the tribe can be regarded as very vain because they believe that they are the most handsome set of men and they always carry mirrors.

In the tribe, marriage is always contracted in infancy, and the women can have as many sexual partners as they desire before marriage.

The tribe holds an annual festival called the Gerewol during where men dress elaborately wear make-up and hold a beauty pageant of some sort. During the festival, men dress to impress the wives of other men.

The culture believes that beauty can be judged by the whiteness of the eye, the firm straight bridge of the nose and white teeth. Therefore, the make- up done is to accentuate these features.

Before the festival begins, it takes the men six hours to prepare and get ready so they can dance and show themselves off. 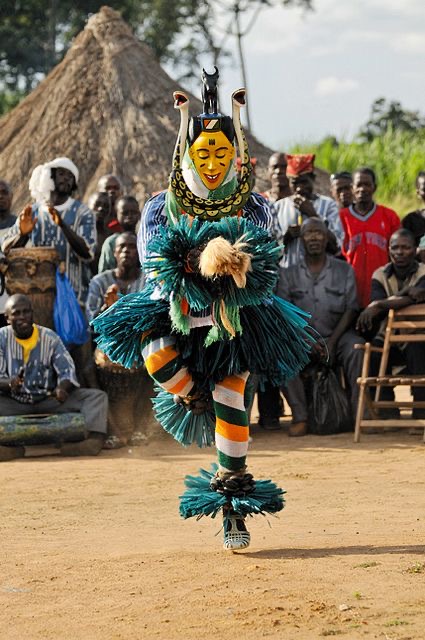 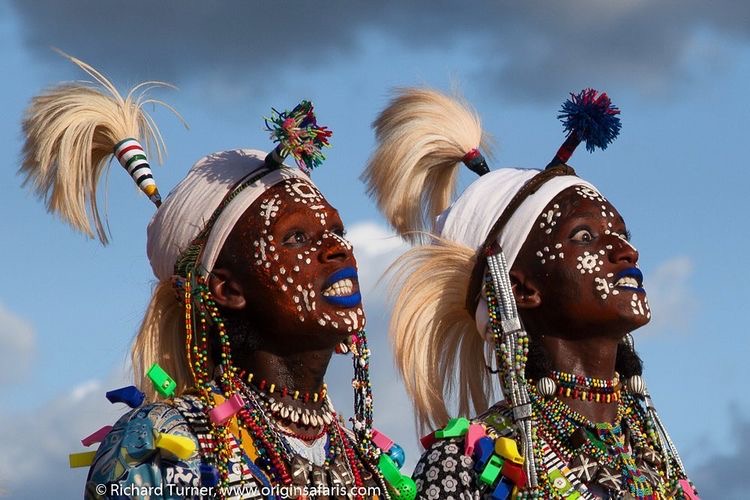 They paint their faces with red clay, use eyeliners to make their eyes appear whiter, and wear a shade of lipstick that will make their teeth appear whiter. They also wear white ostrich feathers in their hair making them appear taller.

During the festival, three of the tribe’ s most beautiful women are chosen to judge as the men display through a dance, moving in circles. 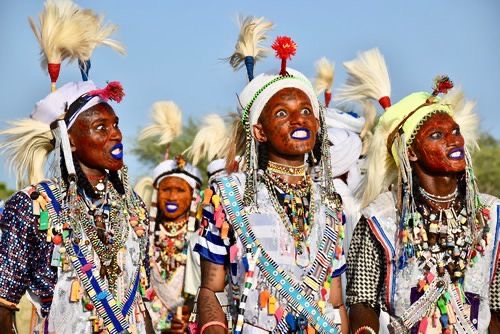 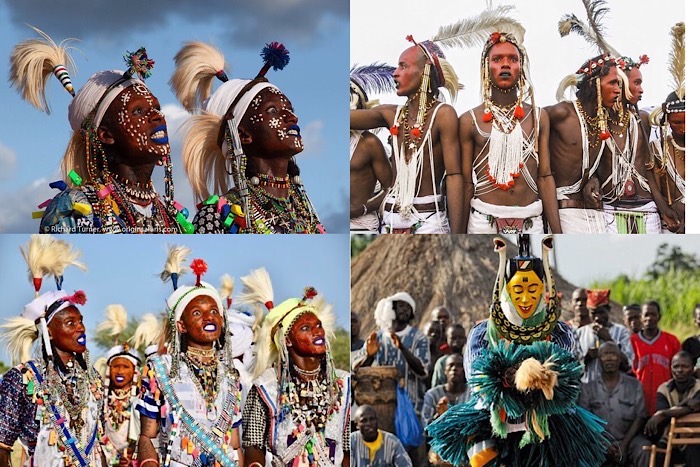 Other women, already wives of other men, admire the men they most desire to choose as their second husband. If a man successfully steals a wife without being caught, the woman automatically becomes his wife and the union is accepted.. Hence she must leave her children with the ex-husband and move on with her new husband. The system guarantees the children’s place in society while permitting spontaneity and flexibility to the parents.

The tribe is a polygamous one hence the wife stealing is widely accepted. In spite of this, some men do not wish their wives to be stolen, and so do not allow them to participate in the festival.