After Five Decades of Independence, Why is Africa Still Grappling with Poverty? 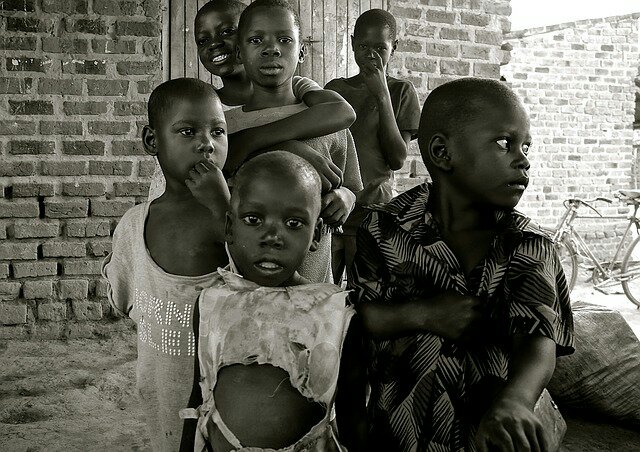 So why is Africa, a rich continent, poor?

Colonialism, and slavery before it, served at least to put the brakes on local civilisations, so that the ways Africans were doing things before became obsolete and backward and therefore undesirable. That supposes that like children, Africans had to re-learn how to live, at the mercy of the coloniser.

Take the case of language, for example: what am I doing, writing in English and not in Sesotho, my mother tongue? A mother-tongue English speaker of course has a head-start on me, or at least on previous generations of Africans.

Colonialism arrested our development in other ways, and one of the most devastating was the carving up of Africa. That act alone effectively destroyed natural nations and saw the birth of artificial countries. As I type this, violence is raging in different parts of the continent, violence that is a direct result of how the white man pulled out a knife and carved Africa up.

Pitching the Igbo’s, the Yoruba’s, the Hausa’s and other ethnic group against one another in Nigeria could only end up in ethnic cleansing and tribalism, and the non-respect/patriotism of government by people to whose ethnic group the authorities do not belong.

Africa was meant to contain many more countries than it actually does, perhaps fifty more than the present fifty-four.

That, apart from eliminating the threat of ethnic rivalry, would also mean that African governments would be better able to build infrastructure, an especially expensive feat today when one considers the endless, hostile territory between towns in many countries. The hostility is from the land but also from rebel groups taking pot-shots at you.

Another result of colonialism is that African countries still trade with their colonial masters (at a loss) instead of with each other. A United Nations report suggests that African countries are grappling to undo a legacy dominated by trade with their former colonial rulers rather than with each other. Senegal’s biggest trading partner is France, while Gambia trades extensively with the UK. Although Senegal surrounds Gambia, trade between the two neighbours is minimal. The continent’s railways and roads often lead towards the ports rather than link countries across regions. To fly from one African country to another, it is often easier to pass through Europe.

Africa is rich, rich in natural resources, a fact that can be another reason why it’s poor. For one, think of the Liberian diamond quagmire. There are diamonds, but no industrial infrastructure to channel them through, and no real incentive to do so. The best way then is to tote a gun and keep the diamonds for oneself. That breeds war, and the rest is history.

There are no real leaders.

Two, if its rich, technologically more advanced populations are more prone to moving in and pillaging, which is what the scramble for Africa was all about.

Many of the reasons that ensure Africa stays poor can be scrapped. One of those is the unfairness of the West when doing business with Africa. Economics experts can usually explain this better, but from what I understand, the West slaps high tariffs on African goods so that they’re less competitive. Can’t sell your goods? Why don’t you borrow? Can’t pay back that loan you took out? Why don’t you borrow some more so that you can at least pay off the interest on the loan?

As far as I’m concerned, the continent had to go through a period of realising its own worth, in order to be able to produce goods and do business in its own image and right, as only it knows how. First, Africa must wake up and I hope it does so in my lifetime. The present state of affairs has lasted long enough. It is time to swing things around.

Written by Rethabile Masilo, a Basotho writer and poet. Who blogs at Blacklooks. Republished from TheNewBlackMagazine