Black Pete or Zwarte Piet is a tradition in the Netherlands where natives typically put on blackface make-up and colourful Renaissance attire, in addition to curly wigs, red lipstick, and earrings. In recent years, the character has become the subject of controversy, especially in the Netherlands. 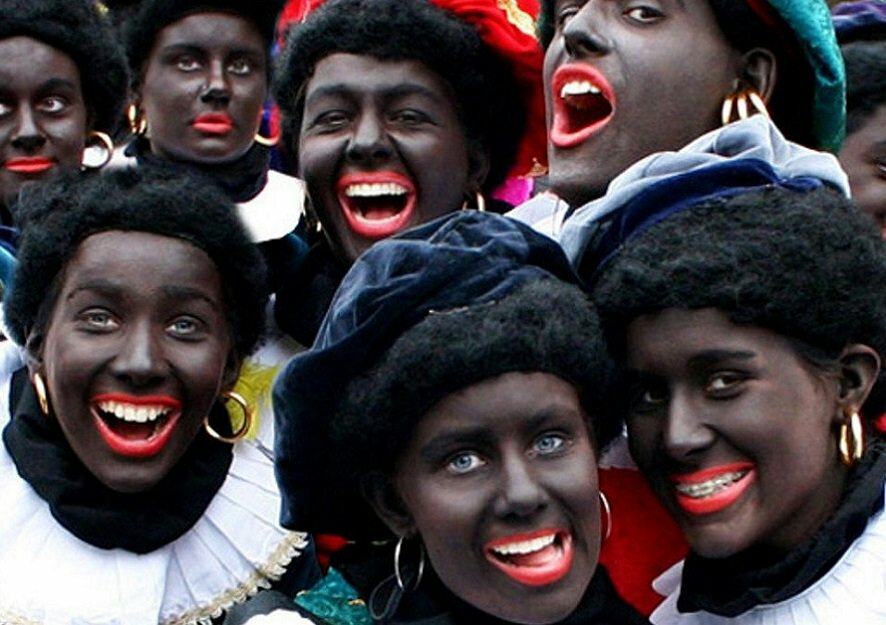 Starting in November and lasting through early December, hundreds of Dutch men and women will dress as Black Pete and march in parades around the country (Netherland) along with Sinterklaas, or Santa Claus. Black Pete is Santa’s helper, and every season adults visit children’s homes and schools dressed as these characters to hand out presents and treats (in the early 20th century, Pete was also supposed to drag naughty kids to Spain; that part’s been dropped). Stores stock up with Black Pete costumes and merchandise—even selling cupcakes with his face on it.

Years of protest against the wearing of the “racist” blackface to depict the controversial Dutch Christmas character, Zwarte Piet (Black Pete), has not stopped the tradition which has received a lot of condemnation for being a reflection of the dark colonial era.

The act of dressing in blackface, Afro hair, and red lips stems from the Sinterklass holiday which takes place on December 5th each year. Gifts are exchanged, Sinterklass (Saint Nicolas) delivers presents to the children, and time is spent with family.

Sinterklasses helper is Zwarte Piet, or Black Pete. Black Pete first appeared in a children’s novel by Jan Schenkman, written in the mid-10th century. His duty was to reward the good kids with treats, and punish the naughty ones. This was done by either beating them with a chimney sweep, or throwing them in a sack and shipping them off to Spain. 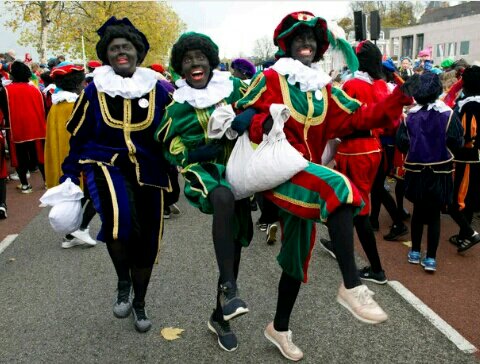 Zwarte Piet is seen as a representation of Dutch colonial history and slavery, particularly in his appearance. The fact that he is a Moor, followed by the way he dresses, is a reference to the colonisation that took place.

However, the blackface, afro hair and red lips have been widely condemned as racist by activists who equate it to the black minstrel shows in 19th century America when white actors wore black faces depicting black people as slow and dumb.

Thousands of activists are arrested, assaulted and jailed annually for interfering with the Black Pete parade, while thousands of others cling to the tradition and parade to commemorate the arrival of Saint Nicholas and his companions from Spain by boat marking the beginning of the Christmas season (the main argument of those who support the tradition, is that Piet is a fictitious character who is just part of a ‘children’s holiday’).

It was no different this year as about 25,000 white people turned out in several towns as Black Pete on November 17, while dozens of anti-Zwarte Piet protesters were arrested for protesting illegally in some towns where demonstrations were banned on the day of the parade.

“We were humiliated, scolded, and threatened. Children rose up with raised middle fingers and sang racist chants, while the people around them clapped along,” said Jerry Afriyie, a leading member of the Kick Out Zwarte Piet activist group.

The mayor of Tilburg, Theo Weterings, told the media that his town contained both the paraders and protesters peacefully and made everyone happy.

“Today we have made many children happy in Tilburg, and celebrated a beautiful and festive Sinterklaas walk, and at the same time we have given people the freedom to express their opinions freely,” NL Times quotes Weterings.

“The anti-Zwarte Piet activists reported to us in advance and presented a peaceful demonstration plan in which they have kept to the agreements made. It is a pity that another group wanted to disrupt this. The police intervened forcefully so that irregularities are prevented,” he added. 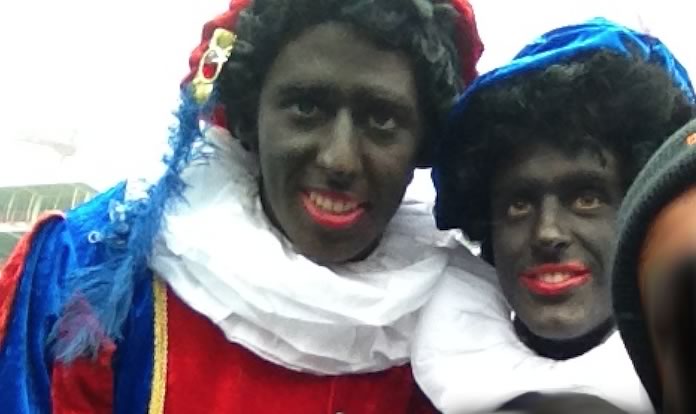 The Struggle to End the Tradition

In 2015, a United Nations Committee on the Elimination of Racial Discrimination urged the Netherlands to ditch the tradition of Zwarte Piet, after publishing a report which found that “the character of Black Pete is sometimes portrayed in a manner that reflects negative stereotypes of people of African descent and is experienced by many people of African descent as a vestige of slavery”.

The Dutch government refused to ban the tradition but said it would encourage discussion and debate, even if “uncomfortable”, about racism.

So far, most of the country has ignored the UN’s request. But in the Netherlands and abroad, the movement against Black Pete is growing.

In recent years, anti-racism protesters have demonstrated at parades with blackface all around the country, while white extremists are using blackface as a means of protesting against immigration.

On December 5, during the festival of Sinterklaas, Saint Nicholas and thousands of Black Petes in blackface, afro hair, red lips and golden earrings will flood streets in the Netherlands and distribute gifts to children.

Previous article
South Africa Ranked Most Dangerous Country to Live in Africa, Nigeria 4th (2018)
Next article
After Five Decades of Independence, Why is Africa Still Grappling with Poverty?