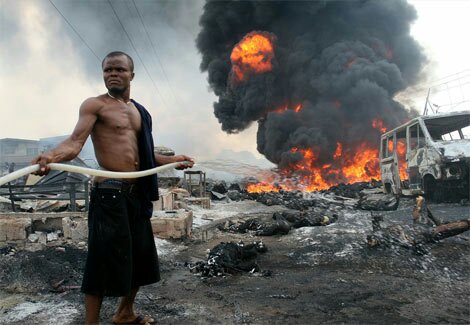 According to the just released annual State of the Global Air Report published by the Health Effects Institute (HEI), air quality in Nigeria and at least 10 other countries is among the deadliest anywhere on earth with higher than ambient air pollution death rates as a result of the environmental hazards combined with extreme pollution sources like generator fumes, vehicle emissions and crop burning among others.

The report notes that 95 percent of the world’s population is breathing unhealthy air. It said long-term exposure to air pollution contributed to just over 6 million deaths in 2016 with strokes, lung disease, lung cancer and heart attacks linked to many of them. After smoking, high blood pressure and poor diet, air pollution is the fourth-highest cause of death worldwide with most deaths occurring in developing countries.

Air pollution is hardly listed among causes of death on death certificates in Nigeria, yet the health conditions linked to air pollution exposure, such as lung cancer and emphysema, are often fatal.

According to a 2016 World Health Organisation report, Onitsha, Kaduna, Aba and Umuahia were among four of the 20 African cities with the worst air quality in the world.

The WHO measured air quality by examining the annual mean concentration of particulate matter in nearly 3,000 cities across the world with populations of at least 100,000. Onitsha’s average annual PM10 was 594 – nearly 30 times greater than the WHO-recommended annual level of 20. Kaduna, Aba, and Umuahia cities were ranked among the top 20 worst cities measured by PM10, ranking 8th, 9th, and 19th, respectively.

Air pollution is now the fourth-highest cause of death worldwide, trailing smoking, high blood pressure and diet, with the majority of deaths recorded in poorer nations with India and China leading the world in the total number of deaths attributable to air pollution in 2016 with 1.61 million and 1.58 million respectively. Data from the report show that ambient levels of unsafe air continue to exceed the Air Quality Guideline established by the World Health Organisation, WHO.