The efe pygmies of DR Congo believe that a god named Arebate created the world and is the supreme being. He is identified with the forest, since everything is dependent on it. They only call upon Arabate during times of crisis. He is usually summoned by a trumpet blast, which is supposed to imitate his voice. 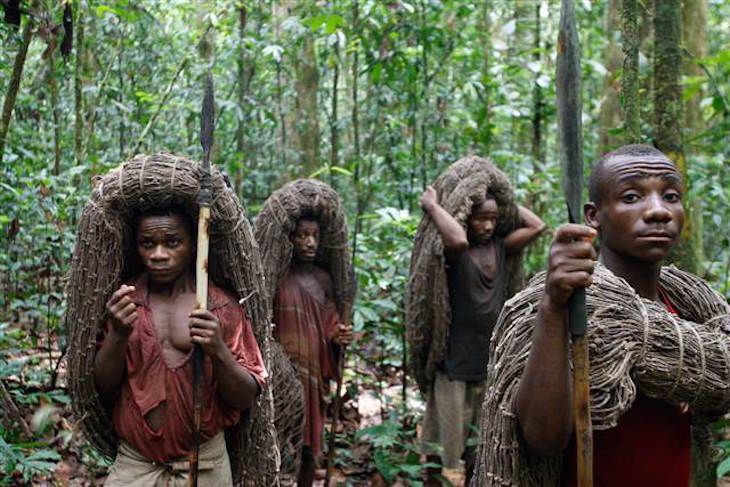 The Efé pygmies are a group of part-time hunter-gatherer people living in the Ituri Rainforest of the Democratic Republic of Congo. They are considered by mitochondrial DNA haplotype analysis to be one of the oldest races on earth.

The Efé are Pygmies, and one of the shortest peoples in the world. The men grow to an average height of 4 ft. 8 in, and women tend to be about 2 inches shorter.

Ota Benga, known for being featured in a human zoo exhibit in 1906 at the Bronx Zoo, was a pygmy from Congo and like his clansmen he too was short, standing at just 4 ft, 11 inches.

The Efe’s are forest dwellers, with most relying on hunting and gathering for survival. Some may also farm in the middle of the forest.

God (Arebate) created the world and the first man whom he made from clay with the moon’s help.

In the beginning there was no death, when people grew old he made them young again.

Then God whispered into his ear telling him to beget many children, but to impress upon the children the following rule: from all trees you may eat, but not from the Tahu tree.

But one day a pregnant woman craved the tahu fruit and asked her husband get some for her, but he refused. But when she persisted, the husband gave in. He crept into the forest at night, picked the Tahu fruit, peeled it, and hid the peel in the bush. The moon saw this and told the creator.

The creator was so angry with humans because of this that he sent death as a punishment to men.

The Efe Pygmies believe that “forest spirits” influence the souls of the dead. They believe that after Pygmies die, their borupi, which means “rhythm” or “life,” is carried away from the body by a fly. They believe the fly takes them to the creator, “Arabate”.