Best 50 African Proverbs That Will Make You Think

Proverbs are an integral part of the African culture. It has always been. From time beyond memory, it (African proverbs) have been used to convey messages during important conversations, illustrate ideas, reinforce arguments, pass a warning and deliver messages of inspiration, consolation, celebration and advice. Proverbs is a way of life in Africa and it will always remain so. 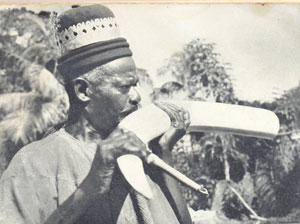 Today Listwand brings you the best fifty African proverbs from all over the continent that will not only make you think but also bring you closer to your ancestors.

But before we forge ahead, there’s this Ancient African proverb that goes thus “When the fool is told a proverb, its meaning has to be explained to him”

Because of the saying above, Listwand have decided not to attach meanings to the the African Proverbs listed below, because we don’t think our readers are fools.

Best 50 African Proverbs That Will Make You Think

1. If beards signified intelligence, the goat would have been a genius.

2. Even if you dance in the water, your enemies will accuse you of causing dust.

3. A horse has four legs, yet it often falls.

4. It is not necessary to blow out the other person’s lantern to let yours shine.

5. The house of a person we love is never far.,

6. You think of water when the well is empty.,

7. When the bird which flies in the sky is about to die, its legs usually point to the ground.

8. Do not let the goat you might carry on your shoulder play in the mud.

9. The mouth of an elder may stink but out of it comes wisdom.

10. Faults are like hills. You climb yours and then see other people’s faults.

11. Only a fool tests the depth of a river with both feet.

12. Knowledge is like a garden: If it is not cultivated, it cannot be harvested.

13. Sugarcane is sweetest at its joint.

15. Do not look where you fell, but where you slipped.

16. The best way to eat an elephant in your path is cut him up into little pieces.

17. A restless feet may walk into a snake pit.

18. A chick that will grow into a cock can be spotted the very day it hatches.

19. After a foolish deed comes remorse.

20. A man who pays respect to the great paves the way for his own greatness.

22. If a child washes his hands he could eat with kings.

23. Rain does not fall on one roof alone.

24. Life is like a shadow and a mist; it passes quickly by, and is no more.

25. Wherever a man goes to dwell, his character goes with him.

28. When the cock is drunk, he forgets about the hawk.

29. When the fool is told a proverb, its meaning has to be explained to him.

30. Only when you have crossed the river, can you say the crocodile has a lump on his snout.

31. Rain beats a leopard’s skin, but it does not wash out the spots.

36. It is the calm and silent water that drowns a man.

37. Do not look where you fell, but where you slipped.

38. The poor man and the rich man do not play together.

42. You must judge a man by the work of his hands.

43. The moon moves slowly, but it crosses the town.

44. People should not talk while they are eating or pepper may go down the wrong way.

45. A person is a person because of other persons.

46. One cannot both feast and become rich.

47. When the moon is shining the cripple becomes hungry for a walk.

48. It is the fool’s sheep that break loose twice.

49. An army of sheep led by a lion can defeat an army of lions led by a sheep.

50. Every woman is beautiful until she speaks.